Parkour is the art of no limits, no boundaries, just flow! The sport’s origins go back to the 1980’s in France. Parkour originally developed as a training method in which the athletes use movement, flux and flow to go from one point to another; running, jumping, climbing, swinging, vaulting, rolling and more are their tools. 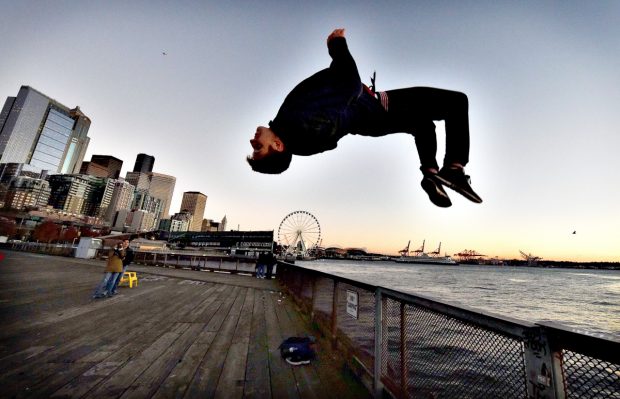 This extreme sport street art can be practiced in both urban and rural spaces. Various competitions of Parkour are taking place around the world, as the sport expands more and making leaps almost as big as its athletes do in action. One of the most famous ones is the RedBull Art of Motion competition, held every year since 2007, with the last 5 ones being held in the idyllic Greek island of Santorini. 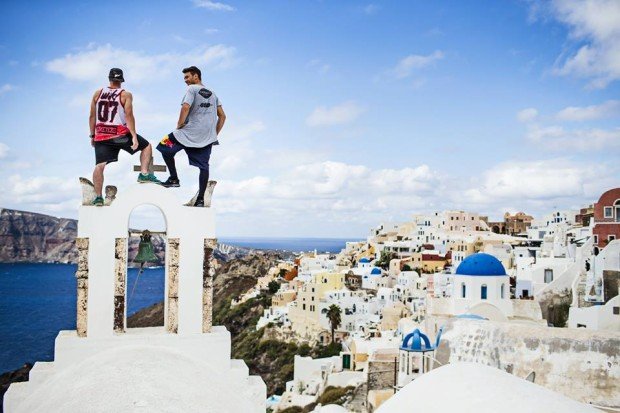 What we see in competitions though is only the outcome of sometimes years of very demanding training. It’s something like a theater’s premier, of which we have no idea how exhausting the rehearsals were. Squats, pull-ups, push-ups, core strengthening, landing on – literally speaking – dots, hard core aerobic workouts, plyometrics and more explosive workouts are just some of the ingredients that make a successful parkour athlete. 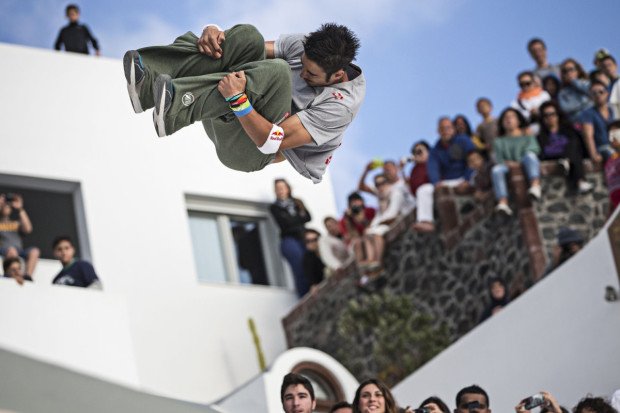 As the sport evolves and becomes more and more wide-known among people, the more facilities tend to open up, offering proper training, preparing even youngsters of school age, how to efficiently move and overcome obstacles; not only in urban environments but essentially in real life too.

Watching the elite athletes performing in Parkour competitions can make the sport look intimidating. But if think about it, parkour is for everyone! It is all based on approach-ability. It is every person’s approach on overcoming a challenge; in this case an obstacle. 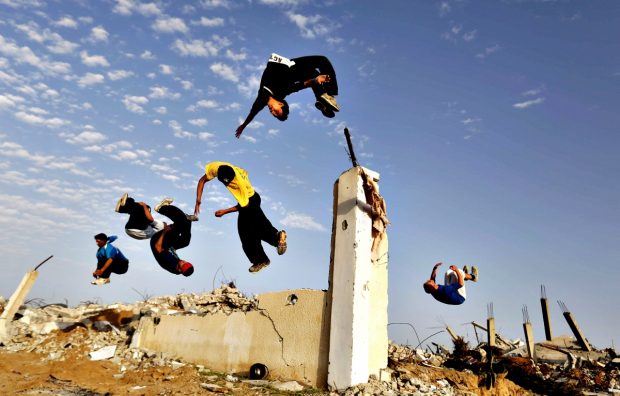 Remember what it felt like as a child to climb around the house, grab and slide down the stairs, landing a good jump off the couch and later on from the top of the kitchen’s table? It felt fun, exciting, electrifying! In one word: JOY! It all comes down to this.