What could possibly bring together the French Alps, a slackline and a trial bike? Nothing else but Kenny Belaey! The nine time World Trial Bike Champion from Belgium, rode his bike from one rock to another, at an altitude of 2700m/8858ft and over a 112m/367ft drop below. 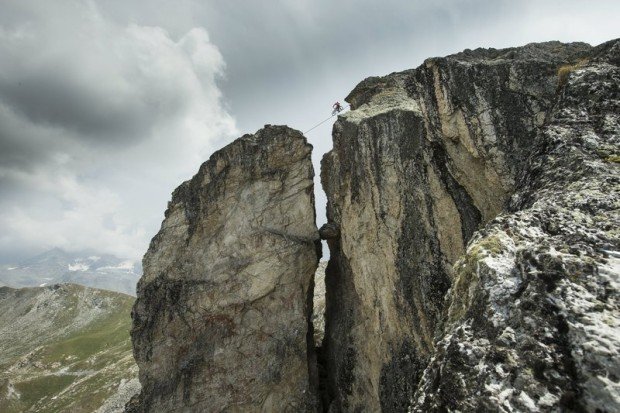 The stunt, however, was not the result of an overnight decision. Kenny’s preparation lasted more than a year and it included intensive slackline training for several months, starting off from a lowline about 1m/3ft above the ground and gradually raising until he comfortably rode his bike at 9m/29ft above the ground. After a lot of trial and error, trial and improvement, he was ready to go in search for the perfect location to accommodate his stunt. 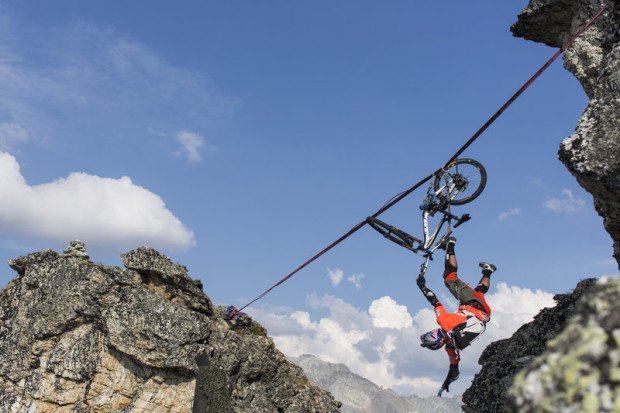 The specific spot, La Roche Fendue, was chosen by the team after a few days of spot-scouting at La Plagne, found in Paradiski – a winter/summer resort up in the French Alps. The view down is simply breathtaking and everyone agreed that this location would serve their purpose perfectly. The leap from 9m/29ft to 112m/367ft though is more than enough to scare anyone, as it did for Kenny too, who didn’t exactly fall for the place at first sight. It did grow on him and eventually, he found himself pushing the limits once again, this time along an 18m/59ft long slackline from rock to rock.

Any description of mine is needless, so I’ll let you enjoy the short film released a few days ago, perfectly named “BALANCE”.