I love Spain. Everything about the culture, the people, the language, the tradition, just fascinates me! There is one specific tradition in the Catalan part of Spain, in which the strength and stamina of hundreds of people is combined in a complex construction making extreme human towers! 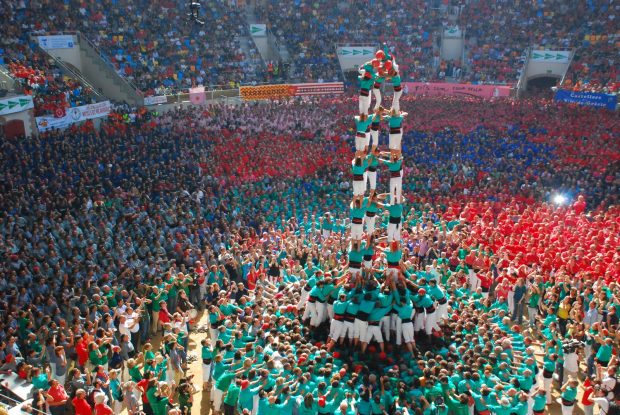 Every summer in fiestas throughout Catalonia groups of Castellers perform for their own pleasure and for the entertainment of the people who watch, displaying with proud and grace their human towers – or extreme human towers as I like to call them.

The tradition goes back to the 17th century and a popular Valencian dance of the time, the Ball de Valencians, in which a small number of dancers were balancing on each other’s shoulders. Gradually the dance evolved into the human towers tradition. 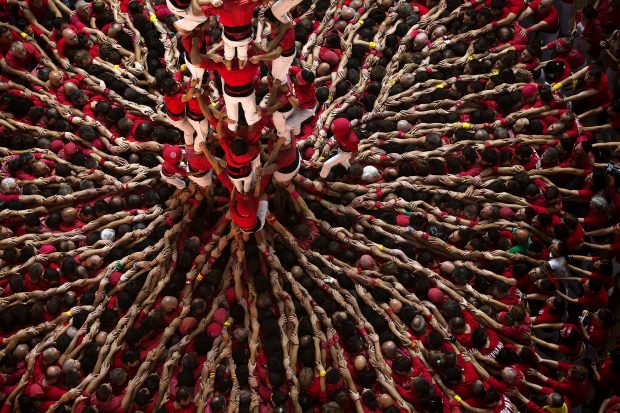 A solid human base foundation is formed by the strongest of the Castellers, who join arms and hands together, creating a compact body able to support the weight of all the people who are to climb on their shoulders – the total body weight can reach several tones at times. Then multiple layers of people are climbing on top of them, each one standing on the shoulders of the one underneath, with the weight of the Castellers becoming lighter and lighter as the layers progress upwards. The very top of the human tower is formed by 10 and 12-year-old childern, with the youngest having to wave at the crowd for the structure to be considered as complete. These amazing people are usually forming human towers of 9 and 10 “storeys” high! Human don’t seize to amaze me. 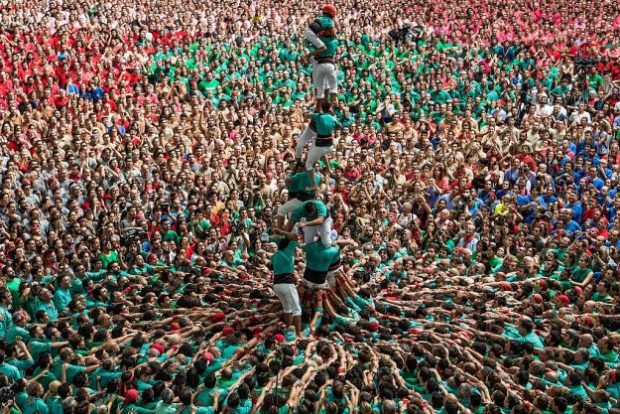 The human-tower building championship is one of the most anticipated events on Spain’s sporting calendar at a national level! The most successful and also most famous group of Castellers are the Castellers de Vilafranca, originating from Vilafranca de Penedès in Catalonia, Spain, and in their characteristic green shirts they are dominating the national championship for eight titles now! Enjoy them in the video below!