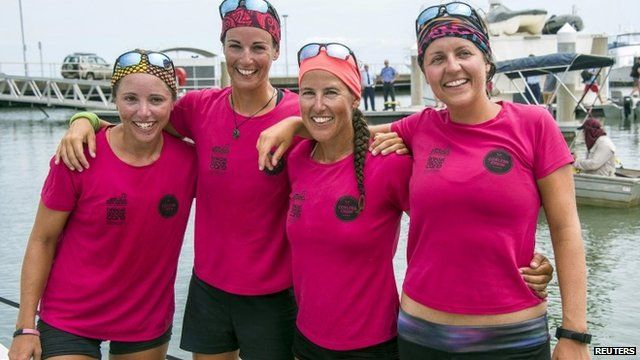 These fearless women, started from San Francisco in April and after crossing more than 9,600 mi (15,500 km), they arrived at the Marlin Marina in Cairns, Australia. Well yes, your calculations are correct. They started in April and they arrived at their destination on the 25th of January 2016. They were fighting with the sea waves for exactly 257 days!

But how did they managed to do such an accomplishment?

According to their words, they spent most of the last nine months sleeping only two hours at a time. They rowed 24 hours straight in two-hour shifts and only stopped on land twice, for up to a week, during the journey. 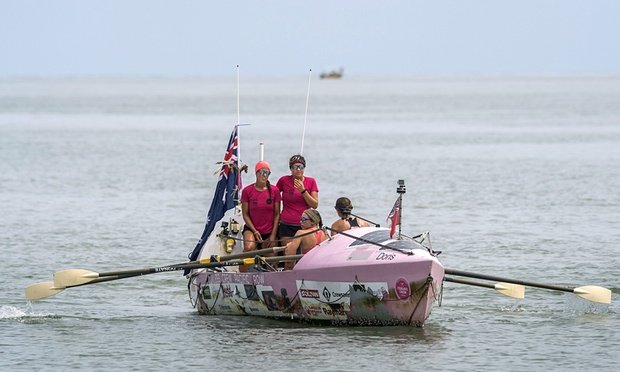 And what about their… human needs and personal hygiene?? Well, their trip did not include the luxuries of a four star hotel. Their 29-foot boat, named Doris, contained a cabin the size of a two-man tent in which the women cleaned, washed and slept. Imagine if you had to do all this, in a small boat smashed by waves at the same time!

Emma Mitchell, Natalia Cohen and team leader Laura Penhaul each rowed the entire trip while Isabel Burnham, Lizanne Van Vuuren and Meg Dyos rowed one leg of the journey each.

These dynamic women managed not only to set a new record but also, they raised up to $ 77,500, money that will be spent on charity and more precisely for the Breast Cancer Care and Walking with the wounded, which helps returned service personnel. 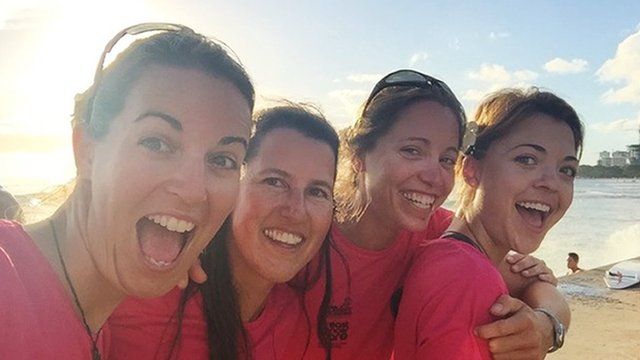 Happy happy faces! This is what happens when people set goals and succeed! Even if at first they seem impossible!