Water is Life! For some lucky individuals, their entire life evolves around water. Bruna Kajiya is one of them! Born and raised on the water, Bruna developed from an early age a passion for aquatic sports. The initiation came through surfing but a surfing accident in college soon had her looking for other options. She discovered kitesurfing in Maui where she was studying and it didn’t take long to forever win her heart. 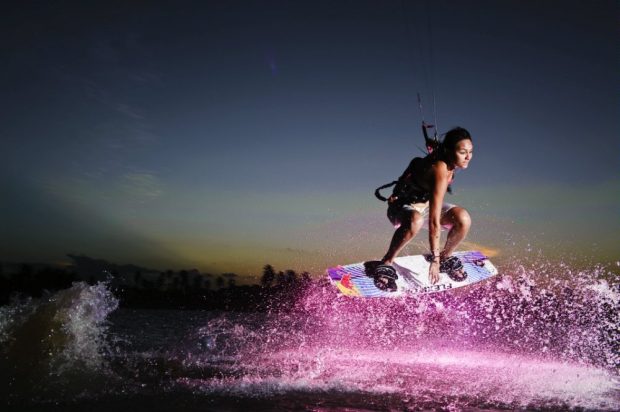 ‘Bru’ as her closer friends call her, was born on February 25, 1987, on the waters of São Paulo, Brazil, the archipelago and city Ilhabela (Portuguese for beautiful island). Ilhabela is just four miles off the coast of São Paulo, where the Atlantic Ocean kisses the shores of Brazil. The beautiful Brazilian athlete developed a desire for winning competitions from the moment she started competing as a professional freestyle kitesurfer. 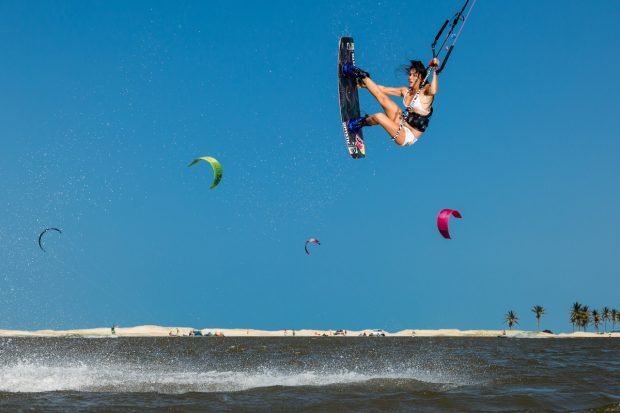 1X World Champion, 5X Vice World Champion and 5X Brazilian Champion are of her most proud moments. Her moves are powerful, combining real grace with strength and a flawless technique. Her mind focus whilst on the water is unique and remarkable. Incomparable I would dare say.

Her connection with the sea, the wind and her kite is beyond anything you have ever witnessed before. Salt water runs in her veins and the sea spirals through her DNA. Her powerful and stylish riding are pushing women’s kiteboarding to entirely new levels for many years now. Bruna Kajiya is one of those people who once they set their mind on something, that’s really going to happen. 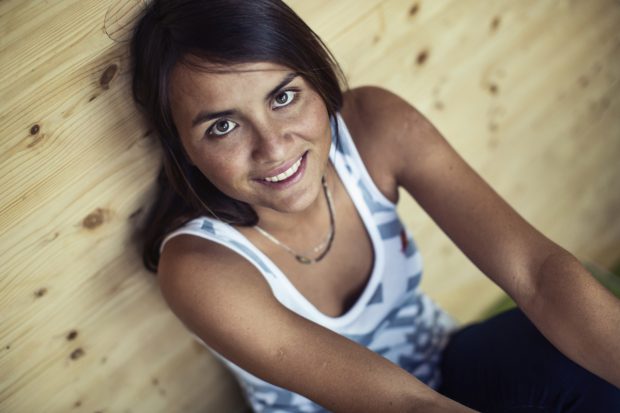 She recently attempted a trick that up to date only men were known to land. The 29-year old latina is the first woman to land it after several failed attempts. Bruna Kajiya is the first female kitesurfer to land a ‘Backside 315’; a trick on the air consisting of a double handle pass and a 540-degree rotation. She landed it on home-water in Cambuco, Brazil – a small fishing and now kitesurfing village along the north coast of Brazil.

After dozens of failed attempts, the athlete woke up with her mind set on her goal and after her morning session of stretching and yoga, she went out to get it. “…For a new trick or another new thing, you have to work with various pieces. It’s a challenge. I think that’s why I love it”, said Bruna after her success.

The amazing ambassador for her sport, world champion and inspiring freestyle kitesurfer Bruna Kajiya is sharing her thoughts prior and after she landed the trick with her magnetic smile in the video that follows. Enjoy!