We had no doubt that the opening act of the 14th Pleasure Jam was going to be amazing, but what happened was beyond our imagination! Besides the alterations that the organizers had to undergo due to the breezy conditions, everyone including fans and riders from all over the globe gave their all at Superpark Dachstein on the 20th of November 2016. 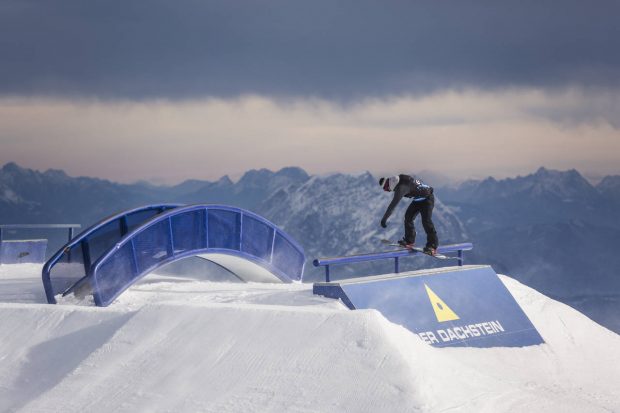 The strong breeze that was blowing in the morning of November 20, was making it quite difficult to ride the two kickers of the slopestyle contest, so following a joined agreement between the QParks committee, the judges and the riders, the event was ‘transfered’ to a jib battle on the two multi obstacles in the contest line’s end section instead. At the end of the day, this proved to be a great choice, since as early as from the first rides the first QParks Snowboard Tour stop in the Schladming-Dachstein region became an epic battle, with riders pushing each other to the limits therefore to some amazing tricks! 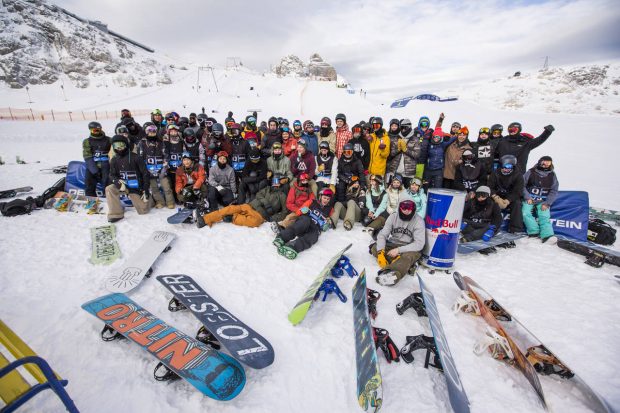 The 22-year-old Markus Olimstad and the 17-year-old Hanne Eilertsen, both from Norway, were the winners of the day in the men’s and women’s finals respectively. The later, was also the winner of the Best Trick Award by PortugalSurfCamp, worth of 8,000USD! Another Norwegian, Isak Ulstein won the Best Trick Award in the men’s category winning him too, two all-inclusive weeks at the PortugalSurfCamp. Ulstein, who is not new at the Pleasure Jam, finished at the 5th place of the event, only showing how competitive and high level the event is. 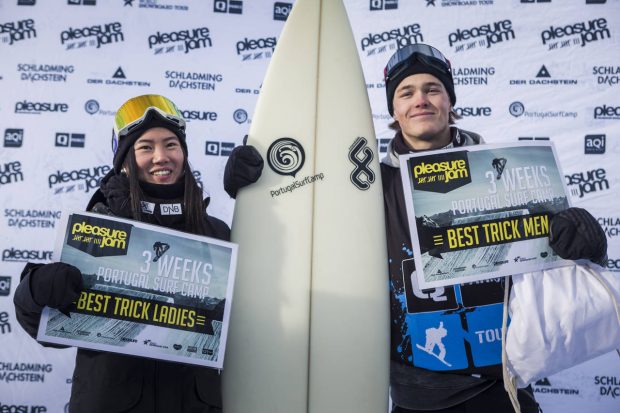 In the men’s finals it was all about Norway. Besides Sutter Gian from Switzerland, all other places from 1st to 5th were won by Norwegians! Should we expect even more by Norway this year? I wonder! According to Markus Olimstad, the secret is in having fun! “Actually, I was just trying to have as much fun as possible and this worked out fine, I guess,” he said shortly after winning the contest. His simple plan was evidently beyond effective.

In the women’s category, the double winner Hanne Eilertsen was the surprise of the event, as she left last year’s winner, Katie Ormerod from the UK, in the second place and Celia Petrig from Switzerland in third. 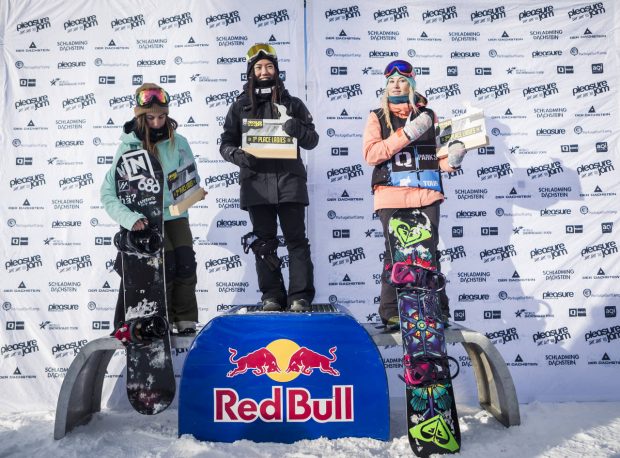 Eilertsen Hanne (NOR) – Switch Blunt 270-out

All winners have won so much more besides the prize money given. Valuable points for the World Snowboarding Points List National were also up for grabs, and to some these count for even more!

See you at the next stop!