As winter is getting closer, every extreme sport enthusiast out there is getting ready for some winter action. Where “winter” see “snow”. Late January last year, a new sport was introduced in winter sports by snowboarding enthusiast Kaspars Balamovskis. Balamovskis, decided to “go green” and nature friendly, turning down the gas-consuming snowmobile and used a super-sized 37kg-towing capacity Aerones drone to tow him instead. The result? Well, say hello to droneboarding. 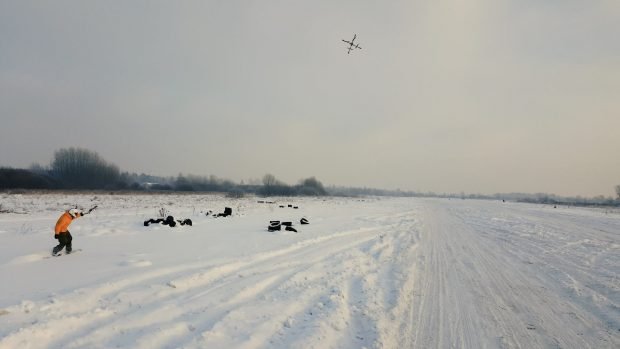 Droneboarding is officially here and with it we are entering a new era in action sports. Since way back when snowboarding made its appearance, to be able to snowboard required a mountain, a steep hill and a means to get there. The much needed incline is no longer a requirement. It all started with a girl being towed down a city street by a 4lb quadrocopter and within hours it got more serious with Balamovskis video. 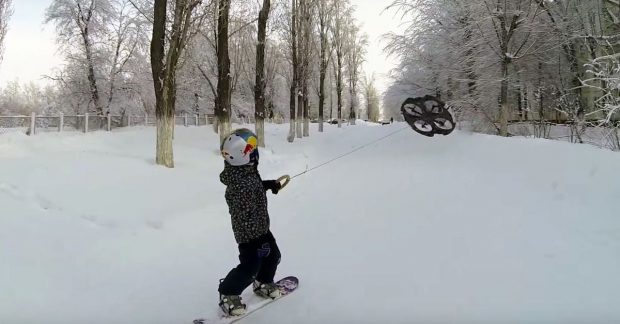 In this early droneboarding video, Balamovskis is being towed in an abandoned airfield in Rumbula, Latvia. The result is amazing. It’s everything that an action sports enthusiast would want from the first serious droneboarding video. With the winter season just kicking in and with the rapid advancement of drones since last January, we are expecting soon some much crazier videos.

Droneboarding is more likely to reach its full potential with the release of more powerful – and admitedly more expensive – drones. But, who said you need to wait until you save money for a better and stronger drone? Grab your winter kit, your drone and let your imagination go wild! Don’t let current technology set any limits for you! Everything is possible with some snow, a relatively strong drone and a wild mind. Do you have a friend who owns a drone too? Why not use both combined in towing you? Teaming up is the answer. Just remember to stay safe. 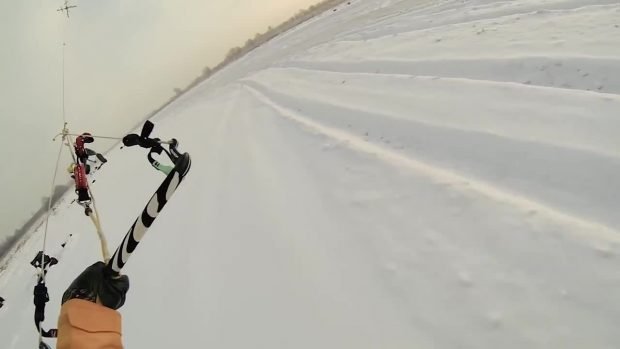 Enjoy below the abovementioned video: