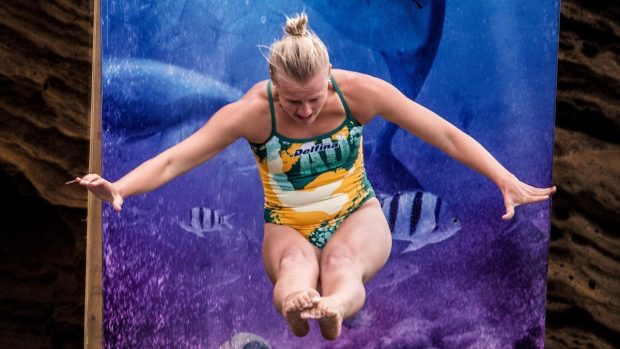 The inexperienced – compared to others – diver defied her wildcard status and claimed top spot at the beginning of the series in Texas last June. Her stunning performance secured victory for her and upset the waters when she left permanent competitors, and favorites for the World Title, Cesilie Carlton (USA) and Helena Merten (AUS) behind. Her second win coming in Portugal a month later, when she conquered the Azores waves with another impressive performance. 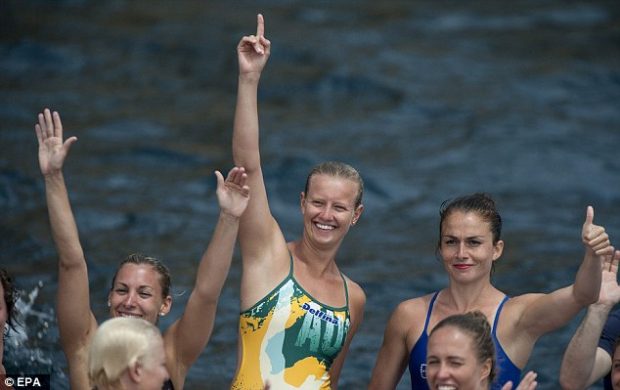 Rhiannan Iffland is currently leading the women’s standing and with the 6th stop of the World Series underway this Saturday in Wales, things are beginning to get more and more spicy for the competitors. 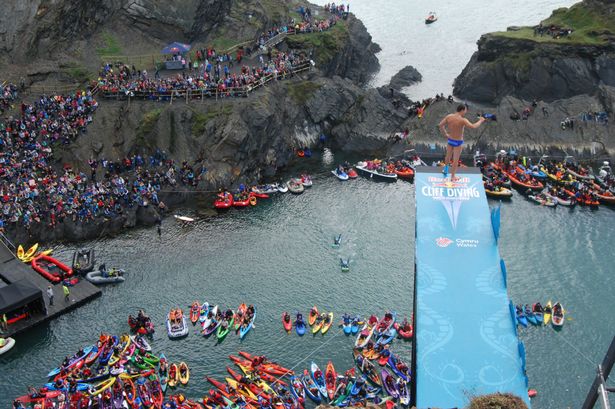 http://www.walesonline.co.uk / The Blue Lagoon in Pembrokeshire, Wales, will host the 6th stop of the Red Bull Cliff Diving World Series 2016.

Fellow women divers, even though competing against Iffland for the World Title, speak of her in huge respect and in awe. The young athlete – just 24 years old – from Newcastle, Australia is conquering not only the cliffs and the attention of the media, but also the hearts of the cliff diving fans and of her rivals too.

The incredible wildcard competitor Rhiannan Iffland is an inspiration to all aspiring athletes who dare to dream big and a living proof that if you can dream it you can do it too! Hat’s off to that! 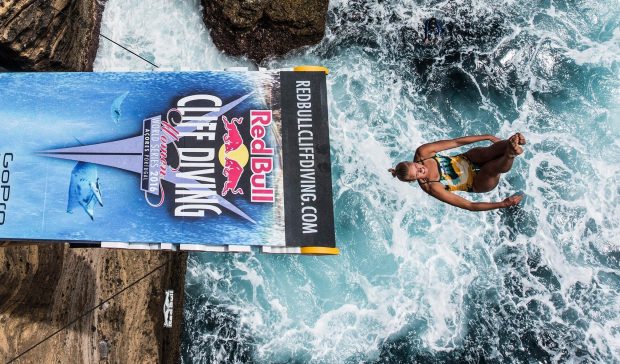 Rhiannan’s future in cliff diving looks very bright and I certainly can’t wait to see what she’s got to show us until the end of this Series but in future competitions too.

This is just the third season that women compete in the Cliff Diving World Series and women like Rhiannan, Rachelle Simpson, Cesilie Carlton etc are gathering the spotlights on them with their incredible performances. The degree of difficulty is getting harder and more consistent every time and soon the women will be needing more space (height) for more flips and twists. 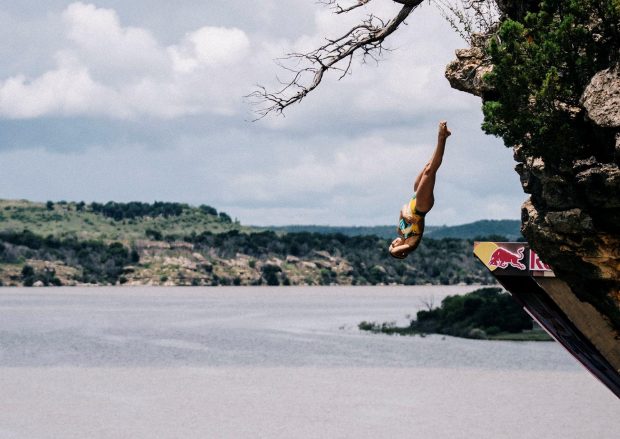 Who knows? Maybe the young wildcard from Australia will keep her lead to the end of the series and will gather so many lights on her that will diminish the shadow of the men’s diving over women once and for all!