For the keen boarders of Nicaragua, snow boarding is officially old-school and volcano boarding is the new big thing! 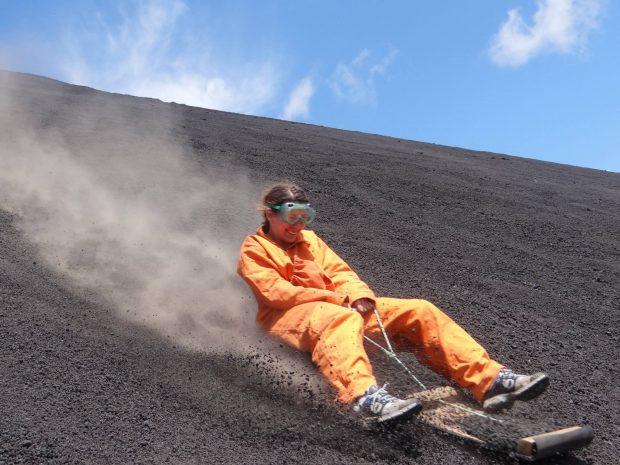 Volcano boarding is a relatively new extreme sport that’s massively evolving in Nicaragua and more specifically in Cerro Negro – a volcano about 50 minutes away from the city of Leon. At the moment, Leon is the only place on Earth where someone can slide down an active volcano!

With speeds ranging from 48-95kph (30-60mph) this is not a sport for the faint-hearted. Hiking up the volcano, to begin with, can be a huge challenge itself. The ash-covered sides of the volcano make it a hot sweaty hike on a natural oven. 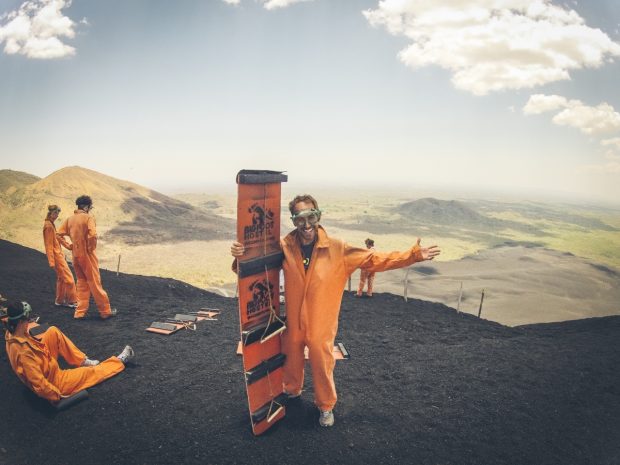 Volcano boarding can be done in two ways; standing up as in snowboard or in a sitting sled-like position. The second way is much faster! Volcano boarding is generally slower than snowboarding due to more friction but still the speed reached can be intimidating! 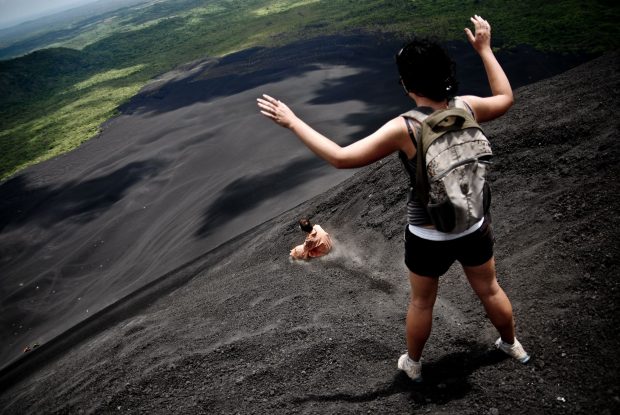 Volcano boards are made of wood and are wide enough to sit on. A thin layer of metal covers the bottom of the wooden board and it’s reinforced with a Formica plastic to help decrease friction even more.

A special one-piece suit is required for the journey down the slope, made specifically for the protection of the rider. Protective goggles and leather worker’s gloves are also required for the same reason. 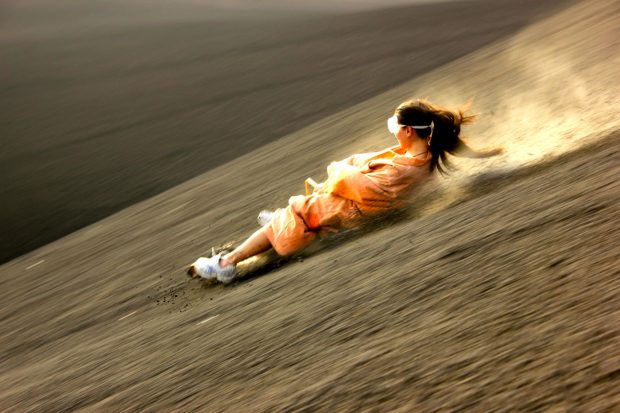 In general, a lot is required for safety reasons (as in all extreme sports) to avoid severe injuries. Volcanic rocks, though very light and easy to break, are also very sharp and can easily tear apart clothing and skin!

As for all extreme sports, same goes for volcano boarding. A lot of precautions and training needs to be done prior the ascent, but the exhilarating and liberating feeling of the going down the slope is totally worth it! 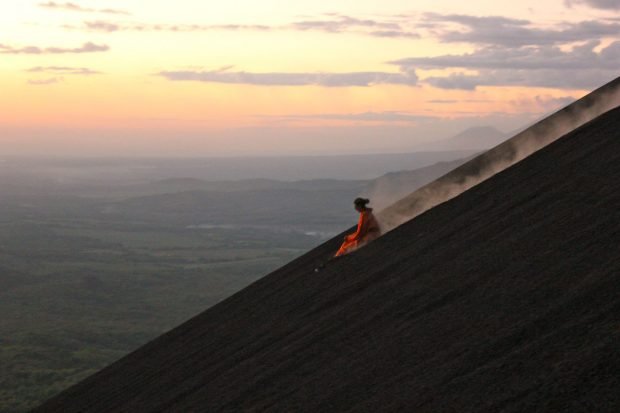