We have read news but this single one, consists of something more than just a challenge! It’s unbelievable the fact that Shawn Whitaker can and dares to surf at his only one leg, letting others hold their fear deep inside.

This brave guy is in love with this extreme sport and enjoys every single breath of happiness by exerting it. As he said “It’s my church, you know, great place to be”.

Shawn Whitaker has represented Florida and his country USA at the ISA World Adaptive Surfing Championship held in 2015.

The reason of losing his left leg was caused by a car accident he went through as a teenager. He explained “I was in a coma for 278 days, three-and-a-half months and woke up, looked down and I was stuck to the IVs and I was in the hospital and looked down, I was missing a leg.” God gave him a second chance to live. Doctors told Whitaker not to surf ever again, however, a generous doctor outfitted Whitaker with a special waterproof prosthetic leg, so he can get back on the board again! 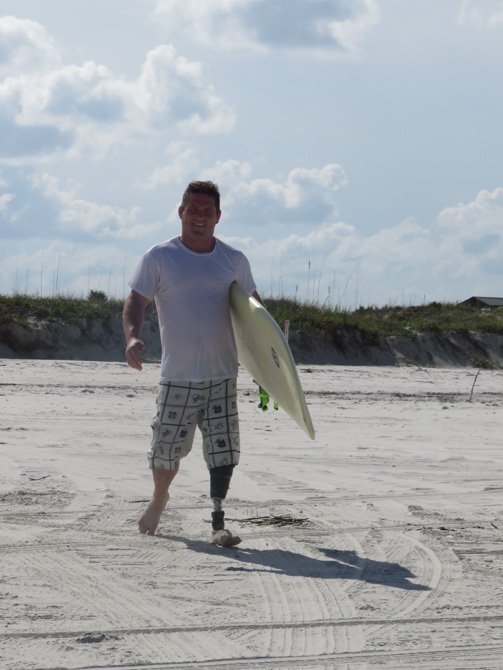 It’s really a miracle Whitaker’s passion of surfing, I guess he inspires most of us out there. Let’s wish him the best of luck!!!