The second stop of the 2015 Red Bull X-Fighters World Tour event has taken place on June 12th, in Athens, Greece, offering the Greek audience one of the most exciting nights in the competition’s history. 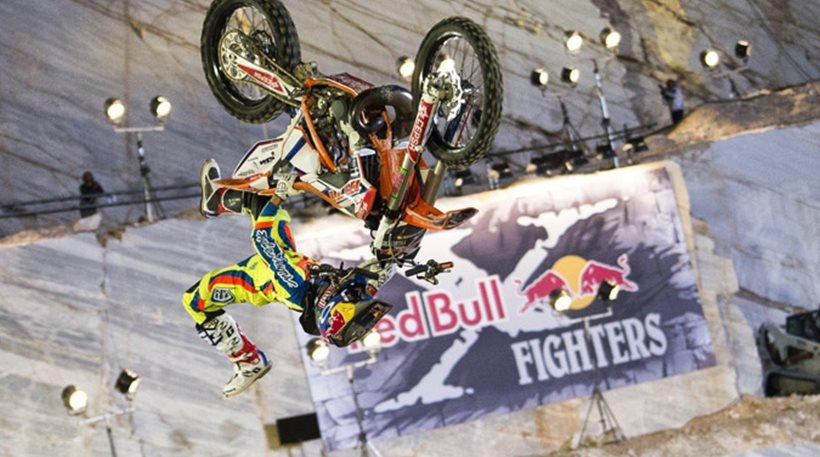 The selected venue was an especially sculpted course within the historic Dionyssos Marble Quarry on Mount Penteli where the best freestyle motocross riders on the planet had the chance to battle with each other and leave their trace in front of a more than a 10,000 sold-out thrilling Athenian audience, ever watching such an event. 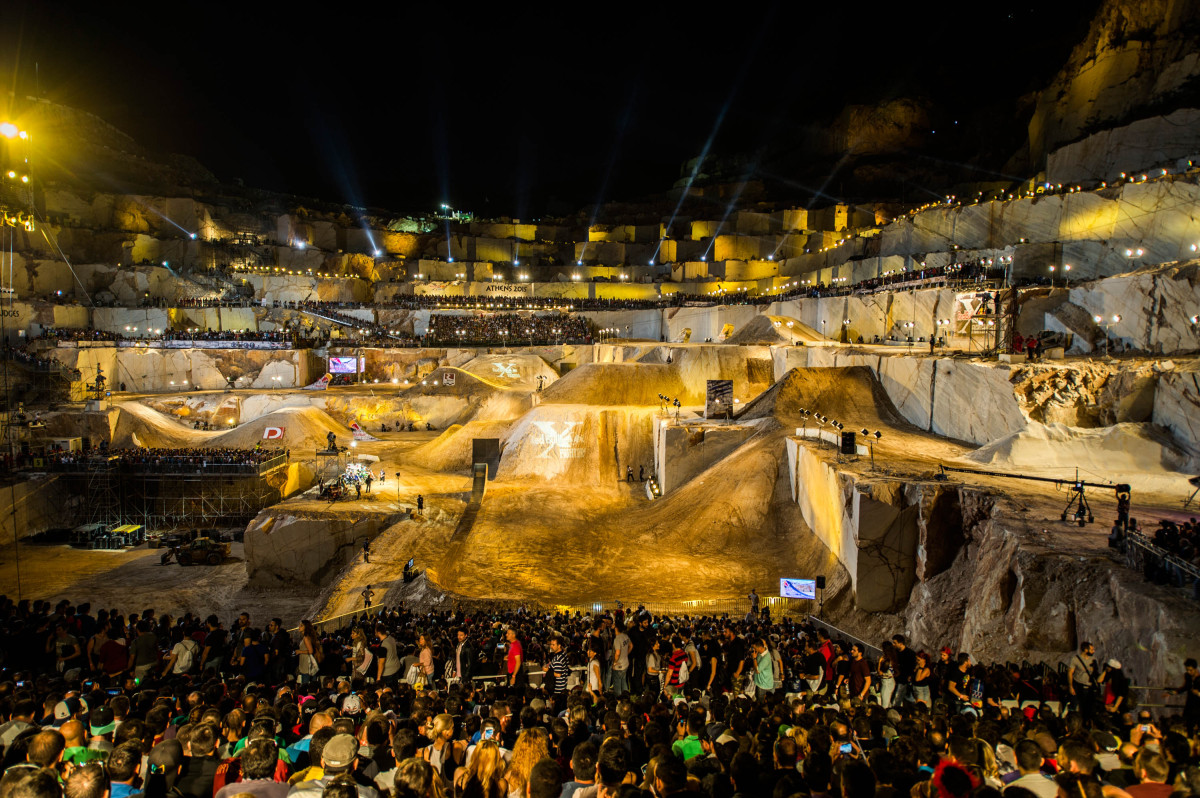 The historic Dionyssos Marble Quarry of Mount Penteli in Athens was the place where marbles have been extracted and used for the contruction of the Parthenon temple on the Acropolis (5th cent. BC) – www.motornews.gr

It took almost three weeks for the organisers to build the arena, featuring a record-setting three Kickers, three Super Kickers, two Dirt Jumps and three Quarter Pipes. Every element of the course has been challenged by dozen world renowned FMX riders, including eight former Red Bull X-Fighters winners, who fought for valuable World Tour points by jumping up to 30 meters in distance and up to 15 minutes high while performing dazzling gravity-defying tricks. 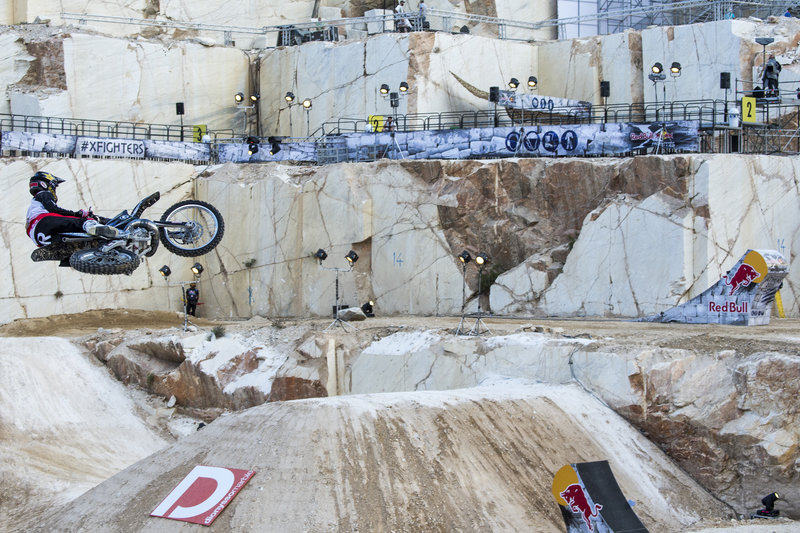 Clinton Moore is testing the track during a warm up session before the opening of the event – www.redbull.com

The Australian rider Clinton Moore made it twice this year during the 2015 Red Bull X-Fighters World Tour with an epic victory against French Thomas Pagès. Moore, who has also won the season opener in Mexico City earlier this year, has flown almost over the Athenian moon at the biggest track of the season and inside the historic white marble quarry of Athens. 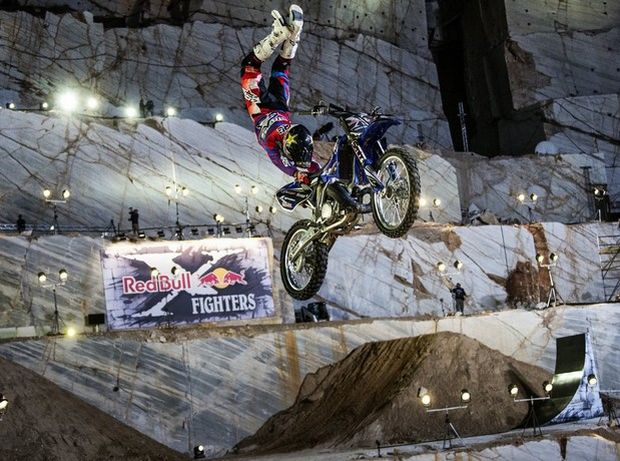 It goes without saying that Moore has performed a flawless ride session in the vast Athens track with a mind-blowing series of tricks, allowing him to easily defeat the 2013 World Tour winner Pagès from France. Moore has astonished the Athenian audience with his brilliant showing off of a most spectacular array of tricks such as the Bundy, the Flair and a Volt with a first-ever no-handed landing. 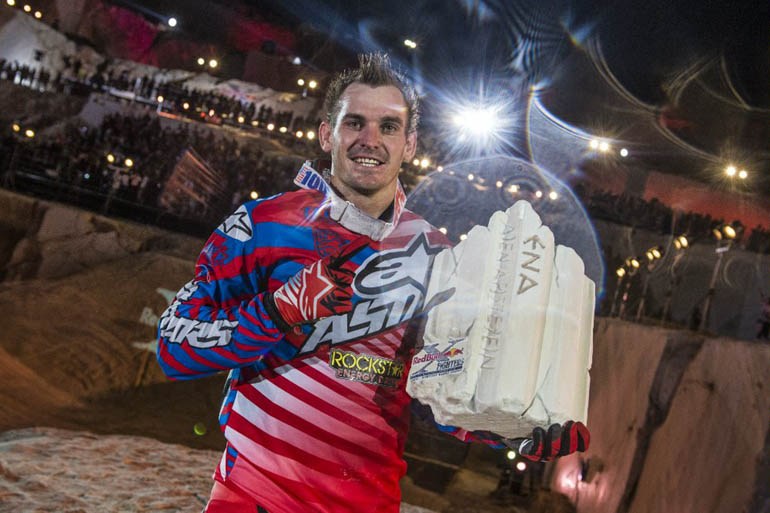 “I felt a lot of stress coming in here and had a lot of pressure on me coming to Athens,” said Moore to the journalists, whose last victory few months ago in Mexico had been the first one in his career and even making it beyond the Quarterfinals. “I managed to deal with it and I threw down the tricks that I wanted to do. Here I am first again. I’m over the moon. This is the most amazing course I’ve ever seen.”

Pagès has also performed an outstanding and creative ride in his final run, nailing the Alley-Oop Flair for the first time ever in a competition. Nonetheless, something went wrong while performing his trademark Bike Flip and he had to abandon his bike in midair, thus falling into the white marble dust. He really went on scrambling to get back on the bike and finished his run solidly, thus preventing him from beating Moore. 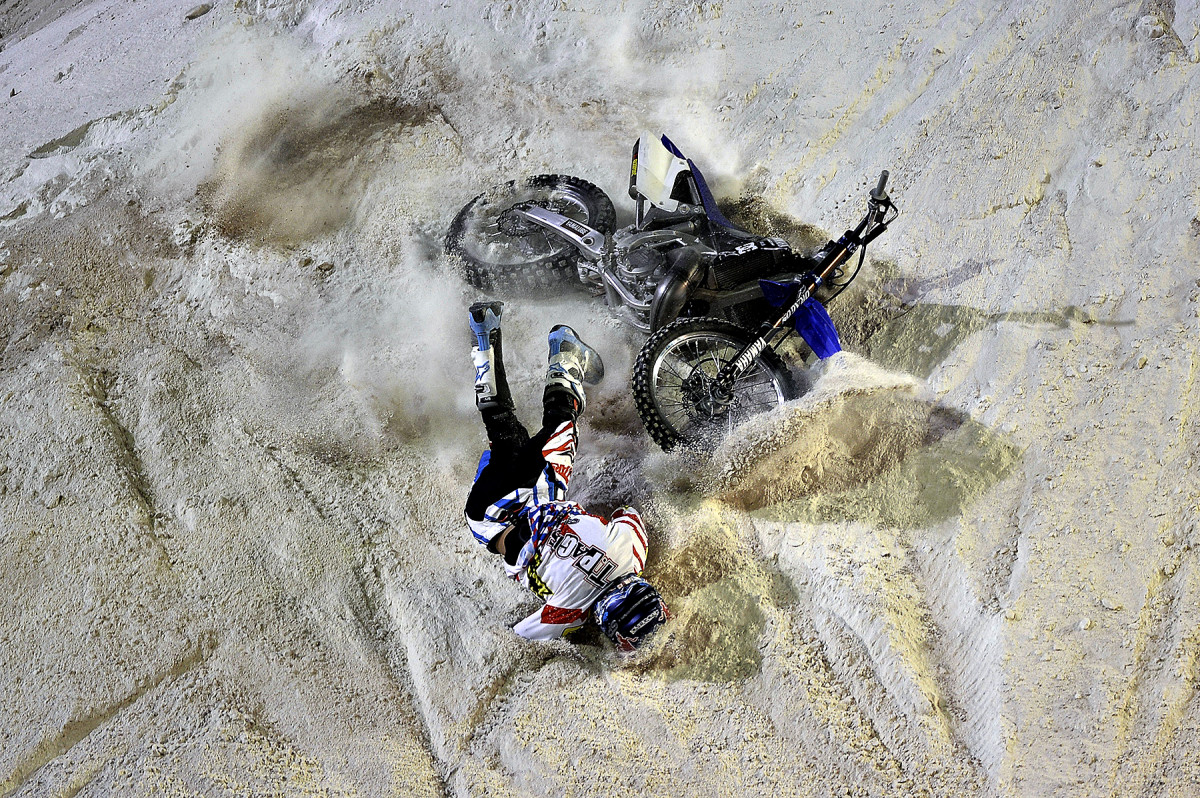 Moore’s Australian compatriote Rob Adelberg managed to take the third place in the biggest track of the season, while David Rinaldo has been placed forth, his best ever career placement in front of a crazy crowd in Athens. 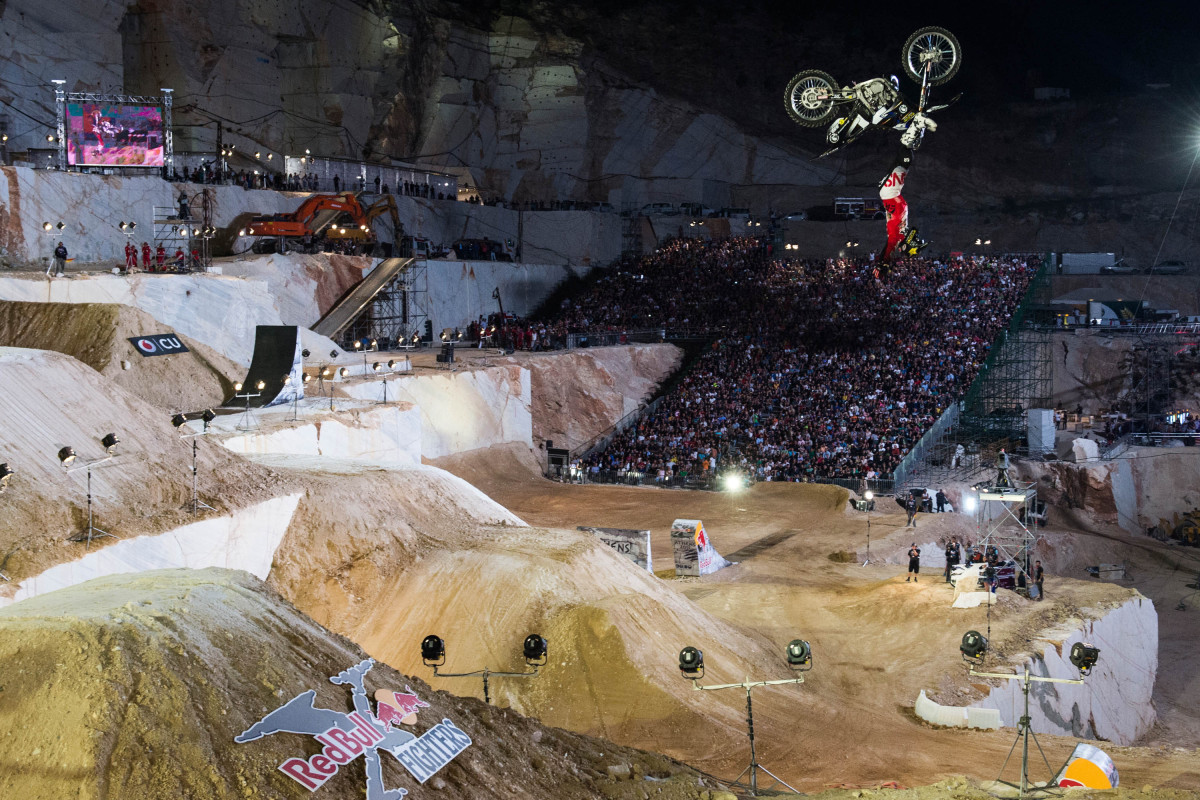 Australian Rob Adelberg, ranked 3rd, has amazed the audience with some dazzling high speed tricks on the air – www.fullnoise.com.au

The 2015 Red Bull X-Fighters World Tour keeps moving to the next stop over in Madrid, Spain on July 1oth, 2015 after kicking off in Mexico City and the stop in Athens. Pretoria, South Africa will be the forth host city on September 12th, 2015 before the triumphal finale of the world’s most prestigious FMX series concludes in the United Arab Emirates on October 30th, 2015. 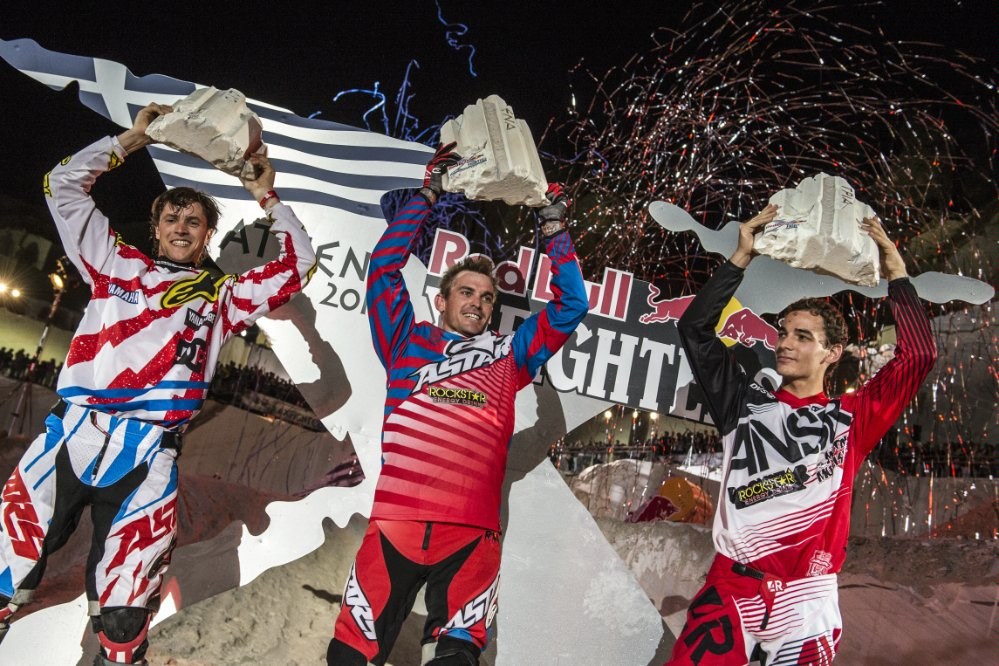 From Left to the right, Pages, Moore and Adelberg, the top 3 riders of the 2015 Red Bull X-Fighters in Athens.

Here are the rider’s results during the 2015 Red Bull X-Fighters World Tour in Athens.