It all started in 2003 when action sports superstar Travis Pastrana along with Jeremy Rawle and Gregg Godfrey made DVD’s from a garage in Utah. Since then, Nitro Circus has become the best extreme live act with millions of fans following from all over the world! Amazing stunts, extremely talented people that seem to create art with a motorcycle and a skateboard!

Nitro Circus partnered up with MTV in 2009 to create a smash hit new TV series, which aired in 60+ countries over 2 seasons and was one of MTV’s most popular series of all time. 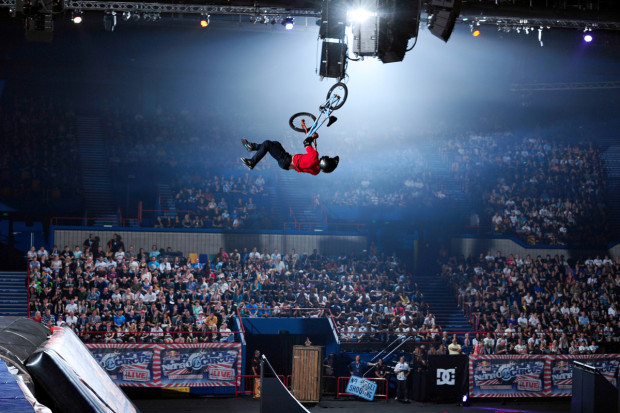 In 2010, the show was transformed by current CEO and action sports industry veteran Mike Porra, and the global phenomenon of Nitro Circus Live was brought to life!

The show is being held not only in the USA, but also in other continents including Australia, Asia, Europe and in North America. The most recent race started on the 8th of November in California USA and shows will be held until the 24/9/2016. Extreme sport lunatics and fans from all over the world will get the chance to experience from up close the extraordinary stunts in many cities including Las Vegas, Stockholm, Oslo, Munich, Manchester, London, Paris, Sydney, Melbourne and many other cities! 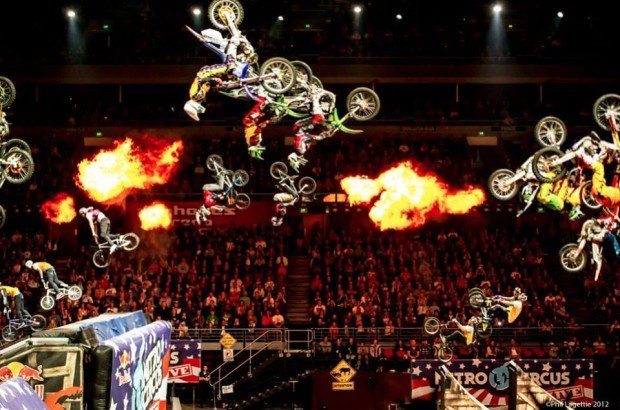 Take a look from the blasting show in Las Vegas, 2014:

Definitely this year, we expect even more world records and astonishing stunts!

Don’t miss it, this show is to blur your hearts and minds!