I really enjoy a good biography movie. If it involves sports, even better. I watched Eddie The Eagle recently and it made quite an impression on me. Don’t expect high end special effects or anything like that, but do expect a perfect cast and brilliant acting from Hugh Jackman (as Bronson Peary) and Taron Egerton (as Eddie The Eagle). 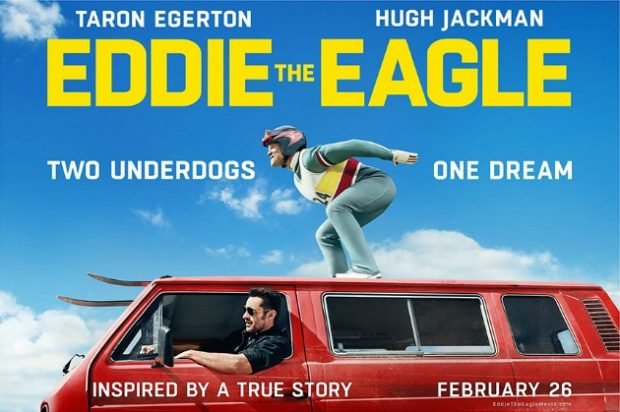 This biographical sports comedy-drama film is a tribute to Eddie “The Eagle” Edwards. Eddie is a British skier who, with his effervescent persistence, became the first ever competitor to represent Great Britain in Olympic ski jumping, in Calgary’s Winter Games in 1988. 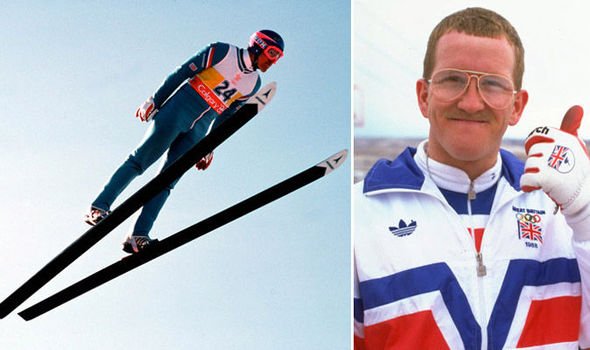 http://www.express.co.uk/ – The real Eddie the Eagle in action at the 1988 Calgary Winter Olympics.

In spite suffering from leg and knee injuries, the courageous yet clumsy Michael “Eddie” Edwards’s childhood dream is to become an Olympian. Discouraged by all, Eddie never gives up on his dream. Eddie takes up winter sports and unexpectedly becomes a solid downhill skier, but still misses on the 1984 Winter Olympics GB Team selection. Eddie however, does not back down from his dream this time neither. He pursues his luck with ski jumping and with the help of the rebellious Bronson Peary – a former Olympic hopeful ski jumper and now snowplow driver – Eddie manages to qualify himself for the 1988 Winter Games in Calgary, Alberta – Canada. There, he rightfully earns his nickname “The Eagle” and wins the hearts of the crowd with his innocent charismatic nature and his never-give-up attitude. 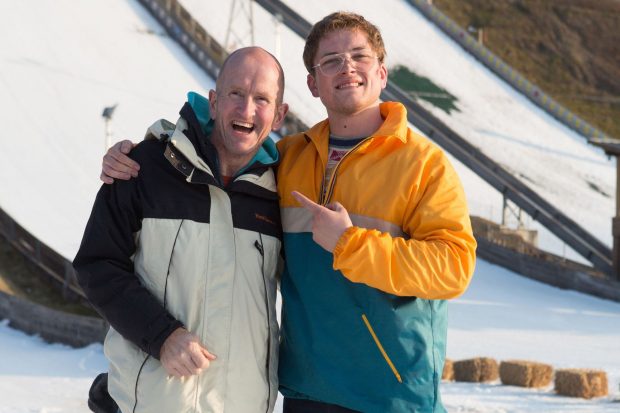 http://www.post-gazette.com/ – Eddie Edwards to the left & Taron Egerton who plays Eddie to the right.

The longtime actor and director Dexter Fletcher offers a close-up experience to Eddie’s ski jumping training. Using mixed up camera angles, he creates a point-of-view realistic sense of the dizzying heights (Eddie is jumping from the 70 and 90-meter ramps). Fletcher’s approach is in fact such that the viewer gets an inside understanding of what Eddie “The Eagle” Edwards is experiencing whilst flying. 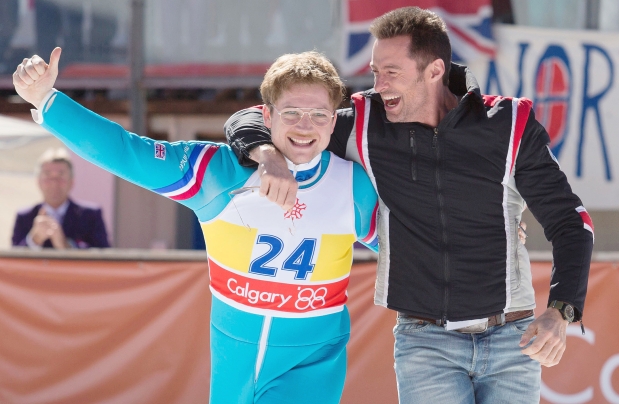 Hugh Jackman’s acting is an asset to the film. Hilarious, rebellion, yet emotional and thoughtful. Taron Egerton’s approach to Eddie’s character is simply brilliant. Eddie is almost in every frame of the movie, yet Egerton’s acting make him to almost pass by as if not human. You simply can’t get bored with this film.

Get a glimpse of the trailer below: