Apparently, we people can easily get bored of everything regardless the amount of enthusiasm that something provoked us in the beginning. In spite of the amount of coolness that drones once bared, people have come to use them for racing, fishing and – sadly yet funny – for delivering burritos! Oh but the coolness of drones isn’t one to go down in boredom avenue! ‘Coz now, the utter cool feat of drone surfing has appeared and, yes, it’s exactly what you think it is. 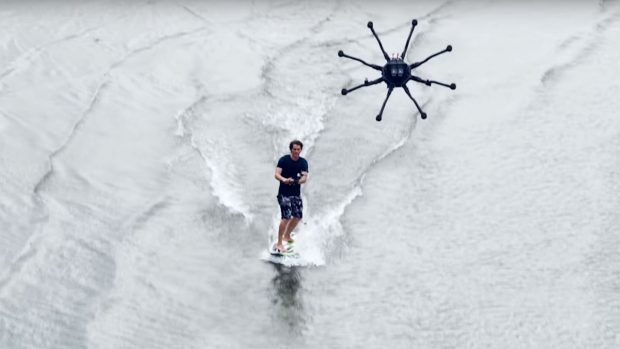 A company specializing in the professional cinematography industry, has recently released an innovative product to aid filmmakers… and they were surprised themselves to see that their product can offer so much more than that. Drone surfing is officially here and it looks amazing! 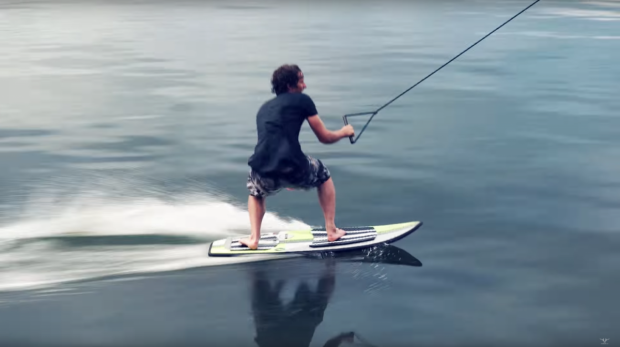 If you are a surfing or wakeboarding enthusiast living near water and have the sufficient funds to buy a drone powerful enough to pull you, then get ready to revolutionize your surfing experiences! Though the authenticity of the video by Freefly Systems has been doubted a lot, Hugh Bell, the company’s creative director, insisted that the video is 100% real. The drone surfer in the video released by the Washington-based company take a sprint to create momentum, but after that the ALTA 8 octocopter drone is the only thing pulling him on the water. Behind the scenes of the video are expected to be released soon too! 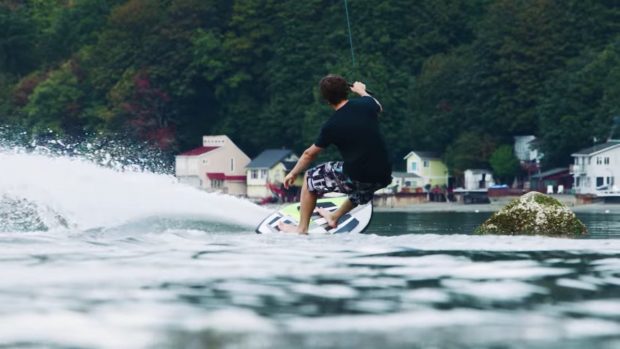 As much as fun, drone surfing doesn’t come cheap as Freefly’s Alta 8 costs $17,500. However,  more and more video documentations are arising using smaller – and less costly – drones pulling people around on their boards. With the popularity that drone surfing is gaining via the internet, we should be expecting for more price-appealing drones to appear on the market soon (a girl can only hope)!
Enjoy the video below and see you soon at a beach with your drone.
SHARE IT
FACEBOOK TWITTER PINTEREST GOOGLE+
HAVE SOMETHING TO SAY?
ATHLETE / PROFILE