Sport is deeply ingrained in many cultures, and while some people enjoy the thrill of sports like football, baseball or running, there are some of us who prefer things a little different. There are many weird and wonderful sports to follow, or take part in, so if you are getting fed up with your friends talking about the latest football scores, this guide to unique sports is for you.

One of the oldest known sports, Hurling has its origins in the ancient Gaelic communities of Ireland, Scotland and Wales, and has been played for over 4000 years. Said to be one of the fastest games on grass, the idea is to have two opposing teams score goals using sticks and a ball. This sport has elements of hockey and lacrosse that we see today, and is great for those who like a fast-paced, exciting game. 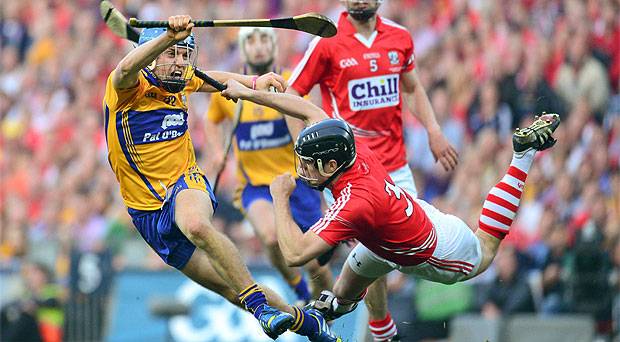 This unusual sport has elements of table tennis, badminton and ping-pong. Reportedly called Pickleball after the name of a dog who kept running off with the ball, this game was invented in 1965 by three dads in Washington who were keeping their kids entertained one summer. The game is played on a court using a paddle and a perforated ball, and can be played by a pair of opposing players or doubles. Originating in the USA, this game is growing in popularity and is now played internationally.

While vaping doesn’t usually bring with it associations of sporting prowess, there is a growing interest in cloud chasing. This is where vapers blow huge plumes of vapor into the air, as well as trying to create shapes and effects with it. This hobby has now grown into a competitive sport, with contests all over the world. To get started with cloud chasing, you need the right kit to produce the thickest vapor, and a website such as ultimatejuice.co.uk is a good place to begin.

The game that Harry Potter and his friends play at Hogwarts is now a real sport, and one that even has its own governing body. Quidditch is played by two teams, each mounted on a broomstick. The idea is to win points by throwing a ball through the opposing team’s hoop. More points can be won if a player catches the golden snitch. Each team has beaters, whose job it is to throw balls called bludgers at the opposition to distract them. Whether you are a fan of the Harry Potter books or not, Quidditch is a must-see, unique sport.

Sports are something that most of us enjoy watching and participating in, and a competitive element adds to the excitement. As human beings, it seems we are hardwired to be interested in games and competition. No matter what size and shape you are, or what kind of personality you have, there is a sport that will appeal to you. So, if you are not feeling interested in mainstream sports, delve a little deeper into the world of unique sports and see what you discover.