Thomasina is one of the world most accomplished female boulderers. Having over 40 problems v11 to v12 under her belt, she is one of few internationally to have bouldered multiple v12’s.

In 2012 she changed her focus from rock to competition climbing and has since competed internationally up to the World Cup level. She currently lives a nomadic lifestyle bouncing around Europe with her daughter Cedar in their Toyota van.

My goal is to climb to my full potential which means to me pushing past my own self-limiting beliefs as well as my own mental and physical boundaries. To continually get out of my comfort zone and see what lies beyond and thus learn and grow from these experiences. On the way I would like to inspire and motivate others to push past their own boundaries and thus realize their own potential.

As Bruce Lee once said: ‘’If you always put limits on everything you do, physical or anything else, it will spread into your work and into your life. There are no limits. There are only plateaus, and you must not stay there, you must go beyond them.” 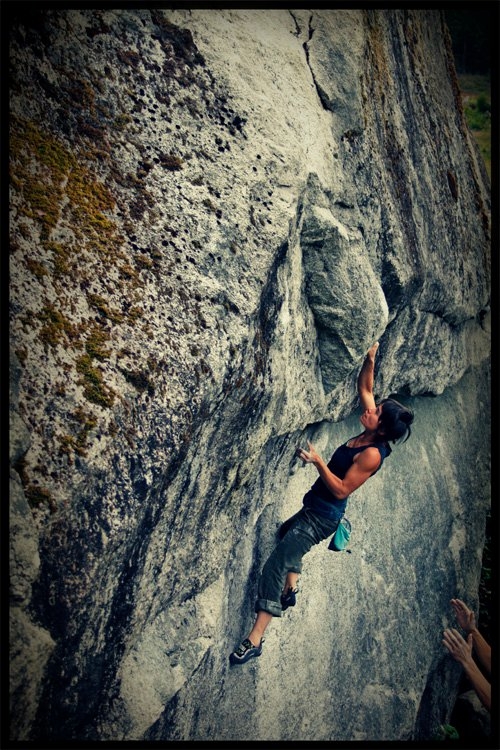 I guess some people would say that my greatest achievements have been the number of difficult problems that I have accomplished or something of the sort, but for me, these are just numbers and facts that go on a resume.

However, the effort it takes to get these things done required a lot of determination and patience with oneself and with the climb. Many a times I have screamed in frustration after falling for the zillionth time on the same move only to somehow remind myself why I climb in the first place.

Thus, I think my greatest accomplishment was having the perseverance to be able to get up after falling, over and over and over…

What is difficult about your sport?

There is a lot of fear in climbing for obvious reasons but some of them not so obvious. I could be near the top of a tall boulder trying to summon up the energy to commit past a hard move to finish or I could look down at the space between my feet and the landing of thin crash pads that seem so far away on the distant ground. 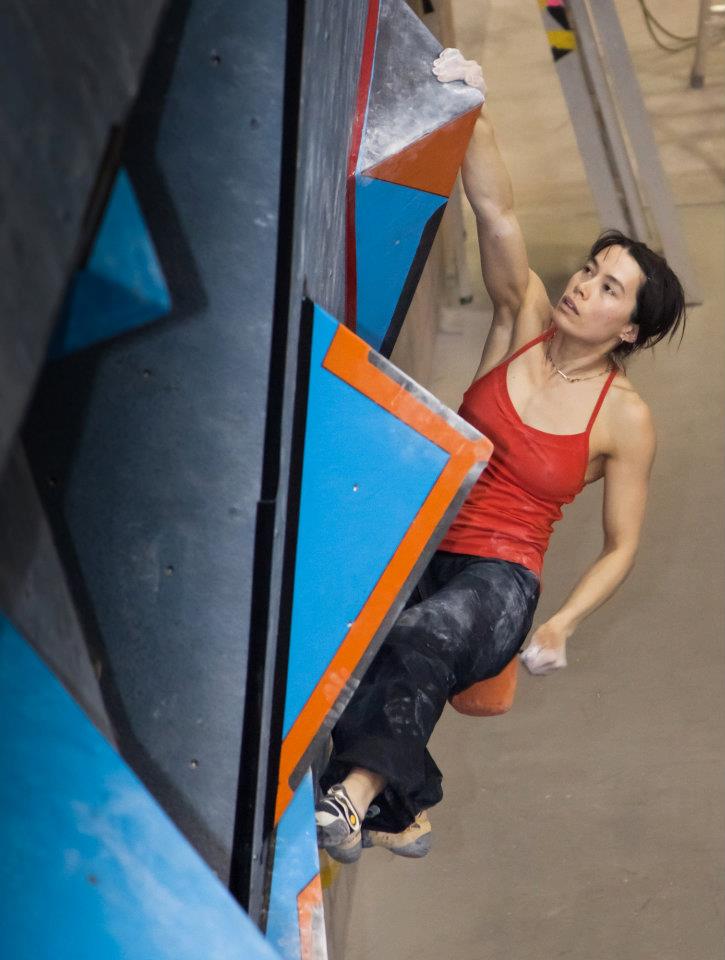 There is an inner debate between trusting myself to commit to the move or failing and having a potentially bad landing. Overcoming that hesitancy with commitment and confidence can be challenging.

Currently I am not climbing so much outside but am more training in the gym, but fear still accompanies me. In the gym, I find dealing with my own fear with the dynamic movements that I must practice challenging. It isn’t so much the fall that is scary here but the chances of hurting a shoulder which takes a lot of beating. In more subtle ways, difficulty can arise with public failure- trying something and falling flat on my face. Most times I can get up, laugh and try again but some days dealing with this part of failure can restrict me so much that I won’t even try the move if I know I will fail. It is totally a mental challenge that presents itself time over time but I know now that if I find myself in this situation it is time to grow and accept the challenge. To get out of my comfort zone yet once again, push past my own limits.

What is satisfying about your sport?

I think the thing that I found most amazing and satisfying about climbing is that you can walk up to a boulder problem, try, fail terribly and it can seem like the most impossible problem in the world.

Later you can return, being stronger or even just having a different mental approach and find yourself standing on top of that same line having sent it with ease. Somehow what seems impossible is one day realized. It may take days or years but it just shows how hard work and determination can pay off.

Where do you practice when alone?

It depends where I am. I train alone a lot here in Europe where I know less people but if I am back in North America I am usually found at a crag with some friends. If there is no one around then I may be found huddled under some rock sitting on my pad gazing up at the boulder which takes my fancy, trying it over and over and over… 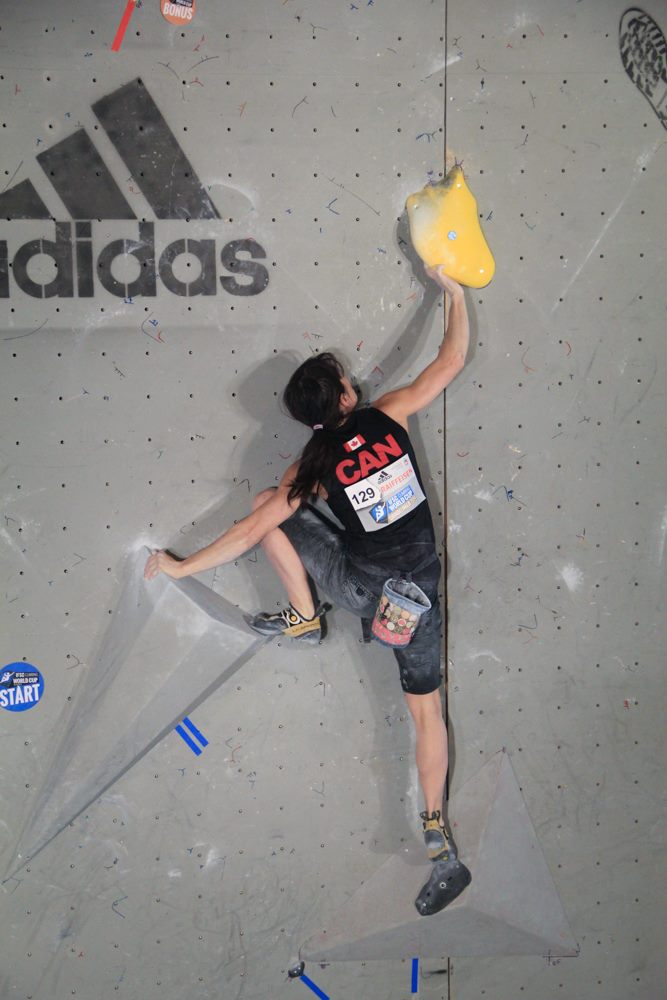 What do you do in your training that is key to your success?

For a long time in my climbing I was focused on solely outside climbing. I didn’t train so much; I just climbed!! But this is also the area of climbing where I have had the most success and I think this is due to my plain stubbornness and determination to not give up.

I climb with obsession and if there was a climb that I wanted to do, I would work at it until I figure out each and every move or until I was strong enough and then finally send the thing. I have patience, determination and a belief in possibility that can get me through the many obstacles that climbing has shown me.

In a Boulder World Cup when I am surrounded by the best climbers and competitors in the sport. They all have worked hard with much direction and have a lifetime of experience compared to me. 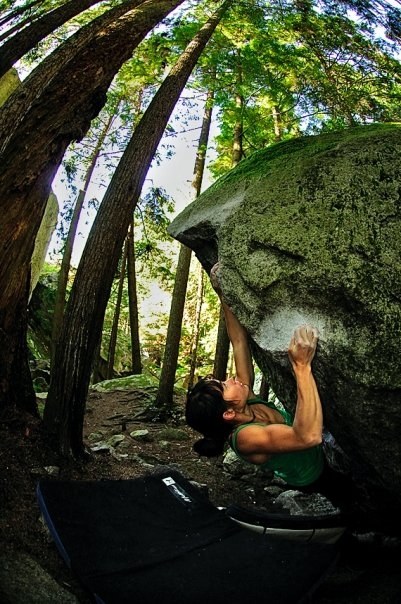 Everyone at these comps is so good that any little mistake costs and the pressure to be fully there physically and mentally is on. I find this incredibly hard!

My biggest fan has to be my daughter Cedar. She is psyched for me no matter what the outcome or the number of mistakes I make. She is forever encouraging me and I think she truly believes I can reach my goals even in the moments when I may be questioning myself. If I am trying a hard move that landed me on the floor over and over again and I finally do it she will clap and be so happy for me, no matter how small the accomplishment.

What was the best advice you were even given?

Well that would have to be something that came to me most recently. There are two things really. The first- get out of your comfort zone. Push yourself beyond the limitations placed upon you by your own thoughts as well as by others. Put yourself in the situations you maybe avoid and that includes failing in public and working on your weaknesses so that one day they become your strength. 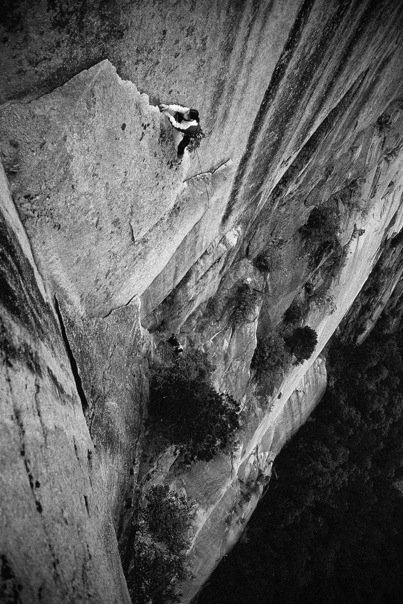 The second advice has to do with fear.We all get scared and obviously in climbing one can find oneself in dangerous or scary situations because of the movement and fall factor. The wonderful advice I received in overcoming ones fears is to first acknowledge and respect them and then imagine them to be written on a piece of paper.

Now instead of putting the ‘fear ‘ as a blocker in front of you, just put it in your pocket and keep focused on the movement, taking the fear with you and thus working through it. This takes a lot of practice but slowly I am improving.

I plan to give the competition world one more year but with this time around I plan to have a proper training program and perhaps even a coach to help with my movement. After that my focus will return back to the rocks where my passion for climbing started!

I would love to travel to the Rockland’s in South Africa, Australia and some of the more exotic countries out there like Turkey for some more of the adventurous side of climbing. Maybe I will even start doing routes again.

What are your suggestions for those beginning now?

Besides the normal advice to focus just on technique and movement, my main advice would be just to have fun. Forget what everyone else is doing unless you can use it to motivate and push you.

Get out of your comfort zone as much as possible. Forget about the grades of the climbs and just get out there and try everything. Push yourself and learn something new every day. 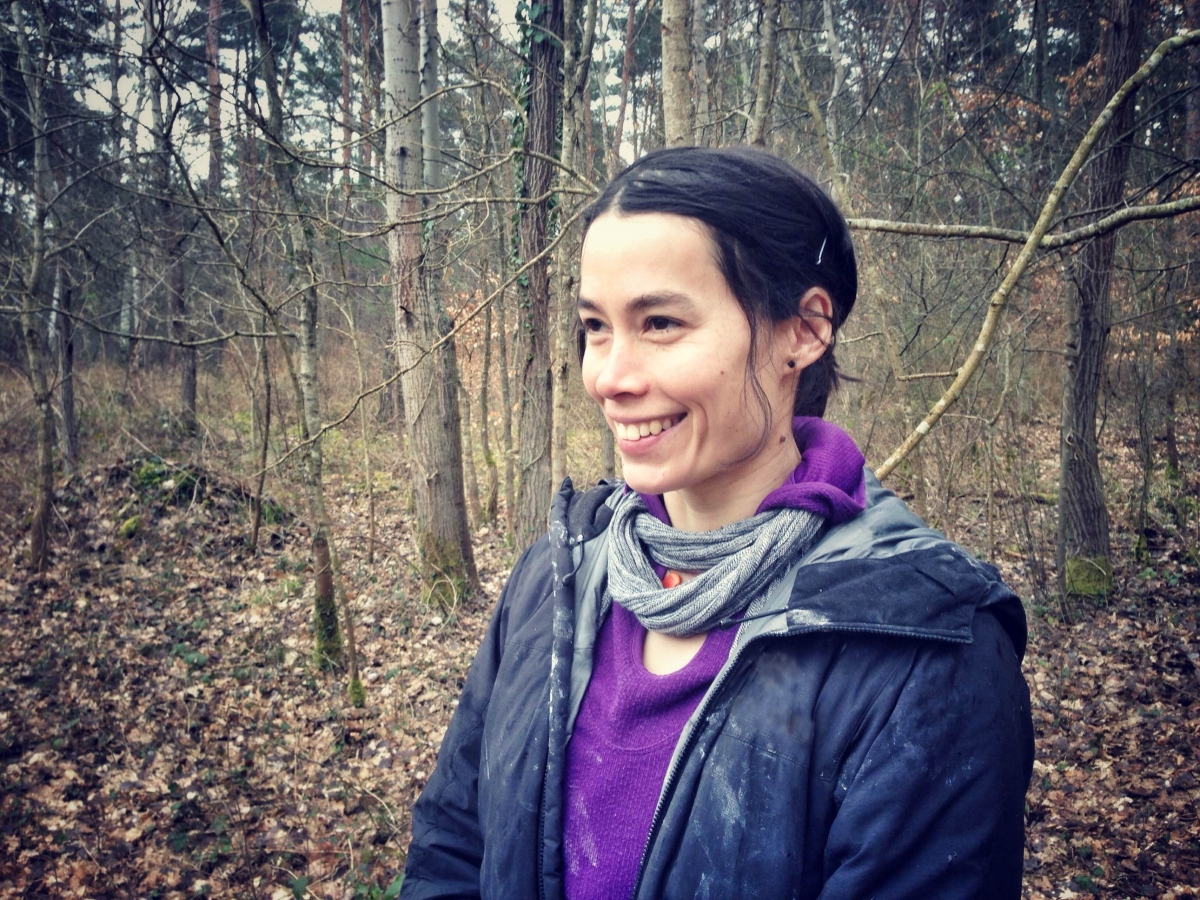