Camping locations are present in every corner of the world, whether near water bodies or land formations, guaranteeing a memorable experience for camping enthusiasts. Aside from reuniting with nature and releasing stress, camping can become a unique experience once the locations offer extremes and difficulties that can make the whole activity challenging, testing the camper’s endurance and skill to survive the great outdoors. If you’re planning your next camping trip, then consider these extreme locations: 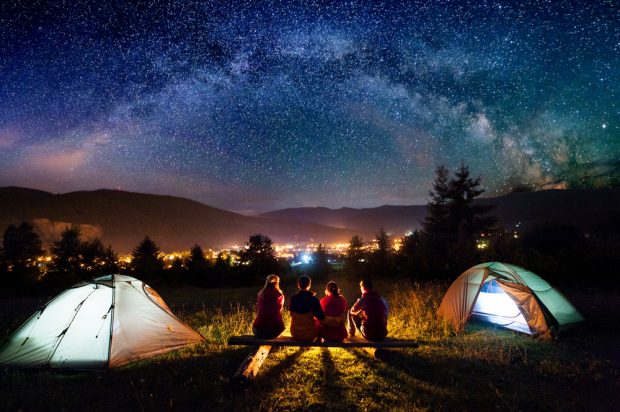 Mount Kilauea is home to one of the most magnificent volcanoes found on Earth, which is classified as an active volcano that brings noticeable changes to the whole island during eruption. To showcase the beauty of the eruption’s aftermath, a tourist attraction known as the Hawaii Volcanoes National Park connects two of the best summits in the world: Mount Kilauea and Mauna Loa.

As a breathtaking wonder, the Hawaii Volcanoes National Park offers a special camping location known as the Volcano House, which is half a mile away from another famous campground known as the Nāmakanipaio Campground. Before settling your camp on their grounds, you’ll have to encounter their hiking trails encompassing naturally wielded rainforests, volcanic craters, and scorching deserts, as well as historical sites like the petroglyphs and museums.

Since 1846, the Volcano House has been serving campers with lodging. They offer three versatile options for different camping preferences:

With the overlooking landscape composed of volcano craters meeting the greenness of nature, the camping experience in the Hawaii Volcanoes National Park wraps up both the calming peace of nature and excitement brought about by volcanic views. Since the park is open 24 hours daily, you can stay up until the evening to go stargazing. The lava lake in the Halema‘uma‘u Crater emits a reflective glow in the night sky that illuminates the dramatic view of clouds and stars.

Hang in there as Yosemite National Park will truly challenge your capabilities in handling extreme heights. To keep your adrenaline running throughout the camping experience, set up “bivouac” tents on the soaring cliffs of California’s Yosemite National Park and admire the breathtaking view underneath. Yosemite is known as one of the best nature parks in the world that features different outdoor activities, including camping in typical camping grounds, but hanging on their cliffs takes this a step further.

Before visiting the cliffs of Yosemite, make sure that you’re equipped with different camping essentials that prioritize your safety, especially in this challenging location. In a nutshell, the camping thrill requires you to hang “bivouac” tents on the side of the cliffs, with a thousand-foot distance from the ground. These tents are clipped to dangling ropes and anchored onto the special harnesses built on the wall. If you have an extreme fear of heights, then you might have to think twice due to the intensity. 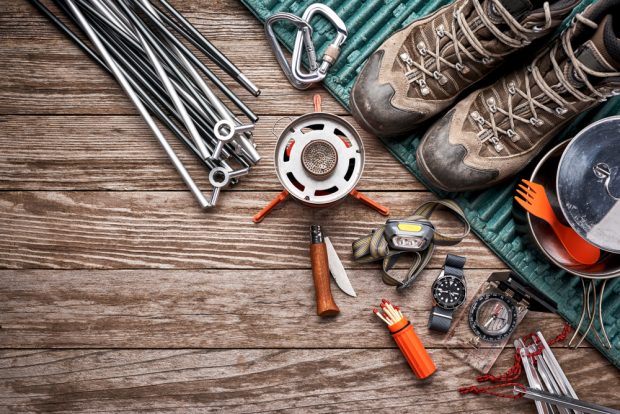 How about experiencing the cold at the end of the planet? Estimately, 30,000 people visit Antarctica and it is mainly attributed to the exciting experience that awaits campers. If you’re up for a real adventure, then staying in a tent at the edge of the world is definitely awe-inspiring.

Contrary to conventional camping, which involves a scenic view of greens and blues, camping in Antarctica offers a white Antarctic landscape, with calm and serenity during the polar night. The open-air camping commences after dinner until the dawn, as campers are not allowed to bring food on the grounds. What’s exciting about camping in Antarctica is the breezy atmosphere that can only be enjoyed once you have appropriate clothing and equipment with you. Campers’ safety isn’t compromised against potentially harmful creatures as the camping site only lies within Antarctica and not the Arctic, but campers are forbidden to bring fuel and heating equipment. Instead, they can bring warm clothing, urination bottles, and light sources.

Instead of building typical camping tents, you can bring the Antarctic life into reality by setting up igloo-shaped tents.

On the other hand, if you’d like to try the complete opposite of Antarctica, then head to the Sahara Desert. The freezing temperatures of Antarctica are completely different from the hot and humid weather of the Sahara Desert. To make the best out of your Morocco trip, start riding through the sand dunes before dark and you’ll likely arrive at your camping spot by the evening. During this time of the day, the temperature isn’t too extreme, though the extending horizon will make you feel overwhelmed and excited.

Millennials are embracing outdoor activities, especially camping. Get ready as these camping locations aren’t all about peace and calm. By camping in these places, you’ll not only find yourself appreciating nature’s beauty, but you’ll also be able to reflect on yourself as you go through these challenging conditions outdoors.