The sport of Big Wave Surfing has been recognized since the 1950s, led by one of the pioneers, Greg Noll, who broke the “Waimea Bay Taboo” – a superstition that was keeping surfers from riding the big waves of Oahu, Hawaii. He then went on to conquer a 35-foot wave at Makaha. Since then, big wave surfing has become far more extreme – the biggest wave ever surfed was in 2017 by Rodrigo Koxa at Nazaré is Portugal. The wave was an incredible 80 feet tall. Nazaré is now considered to be the best big wave surfing destination in the world, and a must-visit place for every extreme surfer. 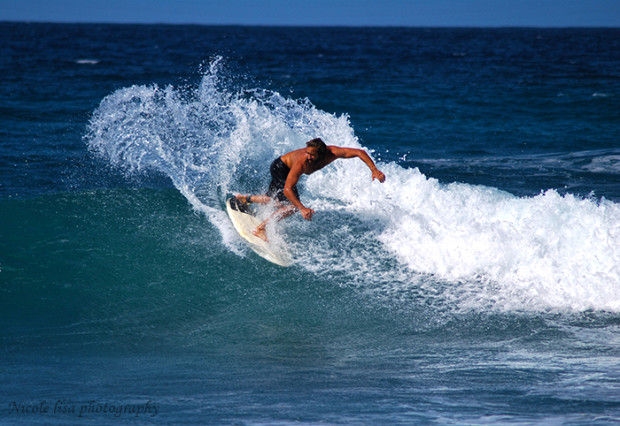 Nazaré has some of the biggest and most intense waves on the planet. The geological structure of the landscape below the waters contributes to the forming of different types of waves. Plunging breaker waves, which are also known as dumping waves, occur when there is a sudden depth change in the ocean floor. At Nazaré there is an underwater canyon that is 130 miles long. The canyon is 16,000 feet deep in some places. This has a drastic effect on the massive swells of water that have come in from the Atlantic ocean. The waves at Nazaré are frequently 40-50 feet high, particularly between the months of November and February, which is why the area is often used for extreme surfing competitions. Recent photos taken by Nasa showed waves over 100 feet high.

Every year the Nazaré Tow Surfing Championship brings some of the most elite extreme surfers to Portugal to compete for big money prizes. The best team performance has an award of $10,000 – not bad for an hour in the waves. This Red Bull-sponsored event is extremely popular, and spectators come from all over the world to watch the surfers. Regular competitors include world-record holder Rodrigo Koxa, Will Skudun from the USA, Brazil’s Lucas Chianca and Australia’s favorite daredevil, Jamie Mitchell. The events are scored by an experienced panel of judges, who base their decisions on difficulty and weather conditions.

Surfing Nazaré as an amateur

If you want to visit Nazaré, go during the surfing season – between October and March. If you are hoping to catch some of the more extreme waves, you will need to be patient, as there’s normally only 1-6 large swells each day. The Nazaré north canyon area is best for the monster waves of over 40 feet – these are not recommended for the novice surfer. You can get a good idea of the weather and ocean conditions by watching from the Fort of São Miguel Arcanjo, next to the lighthouse. It is always worth judging the waves before getting out into the ocean, especially if it’s your first time surfing at a new location.

Nazaré is home to some of the most extreme surfing on the planet. If you are an experienced surfer, it is the ideal place to test your nerves and take on the monster big waves.