The difficulty with golf is finding interesting courses to play on. You can be ready at the tee and just feel uninspired because you’ve already played on the same hole, on the same course many times before and you’re in need of something different. Well look no further because we’re here to show you a few golf courses that raise the blood pressure because they’re considered a little bit dangerous in one way or another.

Let’s learn about a few of these interesting golf courses to see if there’s one that you’d like to give a try, if you are brave enough. 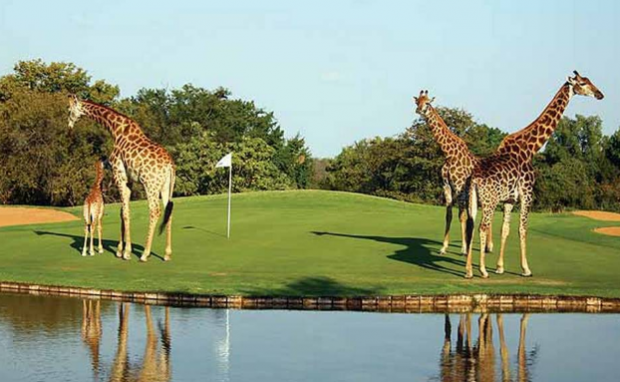 The 19th hole, as it’s become known, at Legends Golf is a great location because you can go to South Africa, take a safari and try your hand at one of the riskiest golfing courses on the planet all in a single day. With this hole, it’s necessary to hop on a helicopter to take you up to the tee and then you strike the ball off across water while trying not to carry yourself over the cliffside at the same time!

It’s actually possible to score a par on this hole as Padraig Harrington achieved in 2008. But getting a birdie isn’t likely we have to say. Just taking part should, for once, get a participation award because of the need to take a chopper up to the tee off point.

Golfing Near a Volcano

For the intrepid explorer and outdoors person, the Merapi Golf Club is an interesting place to hit a few white dimpled balls around the course. It features the Merapi volcano at the bottom of the golf course. It just happens to be an active volcano – one of the most active on the planet, actually – with smoke billowing out of the tip on most days of the year. It erupted back in 2010, so don’t think you’ll be able to get a full round in and leave unscathed. We would say have the golf cart at the ready and get a head start if you need it because lava melts tires pretty fast even on the most well-kept greens. 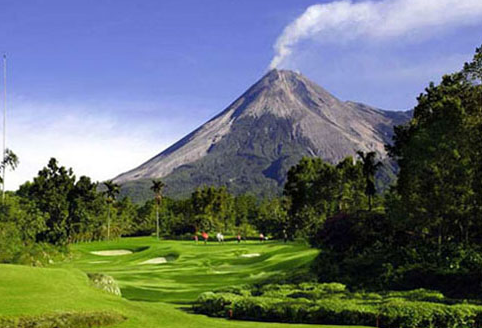 Be Careful of the Minefield

Yes, you read correctly. Take a trip to the center of the demilitarized zone at Camp Bonifas in South Korea and you’re in for a big surprise. They have a par 3 course where one of the greens is surrounded with ground where there’s unexploded land mines on three of the four sides. So, if you strike the ball wide of the green, you’re braver than us if you try to go to retrieve it. We would suggest that using a drop ball on the green would be the sporting way to play that to avoid bodily injury. You have been warned.

When you absolutely, positively must play on a golf course with a little more going for it, then any of these ones above certainly fit the bill. Your helicopter could miss it’s landing pad, you could strike a ball into the wrong part of the minefield or be there when the volcano erupts (just to complete your golfing vacation, you understand). And you’ll never say that you’re bored again!