Some things in life you just can’t ignore. Good combinations for example. Someone baking using chocolate, butter and bananas. You just know the outcome will be great. I can’t imagine there is an extreme sports fan out there who wouldn’t feel the same, upon hearing the name of Liam Doran, a frozen lake and drifting on ice. The extreme autosports fans’ perfect recipe! No, this is not a post about baking, it’s about a feeling… and YES this is exactly what I’m talking about. 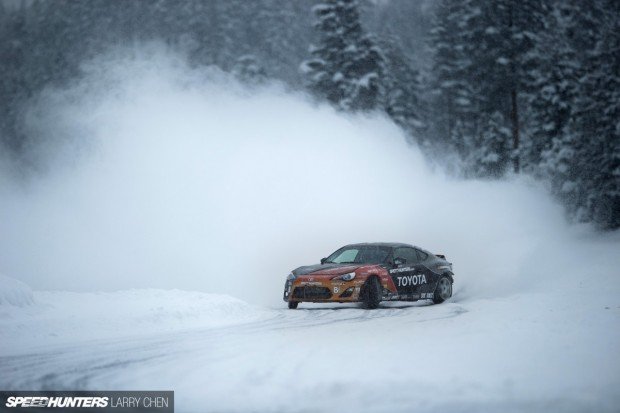 European winter is forcing most of the autosports teams to stay in their workshops. The weather is not in favor of practicing outside, so most athletes are waiting for the new season to be all geared up. The same doesn’t apply for all though. There’s is one committed group of racers who drove their cars out to Norway at the end of January, for what the autosport fans know of as Gatebil on Ice.

Gatebil on Ice is a fast cars racing competition. What’s so exciting about it, you may ask… Well the entire competition, the tracks, the racing, the drifting… takes place on a frozen lake. More specifically at the Hebbes Racing rink; an approved ice rink near Sigdal. 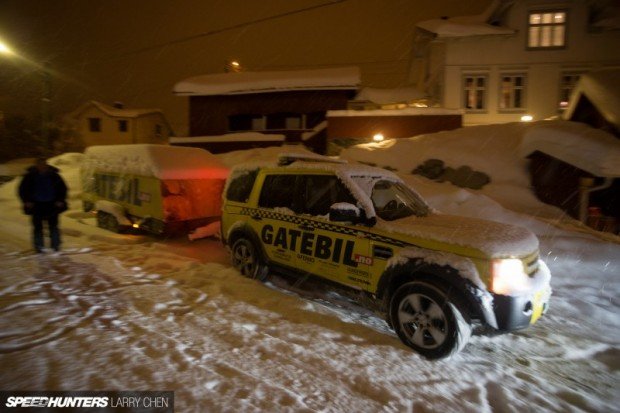 Liam Doran was there too. Liam is a 27-year old Rallycrosser, perhaps Britain’s leading RX racer and one of the best in the world of off-road autosports. On the 30th of January 2016 he found himself in Norway, racing his Rallycross supermobil amongst other hardcore racers in this very exciting event.

Many people gathered to watch the event and enjoy the fast cars racing on ice. The welcoming woods and a warm campfire were accommodating the spectators who had the time of their lives.

In the video below you can enjoy the World RX racer and four times X-Games medalist (of which 2 Golds) shredding the snow and drifting on ice: