On the 23rd of September 2015, an Austrian cave driver named Patrick Widmann, broke the world record in cave diving. In the island of the Dominican Republic, Patrick dove into uncharted waters. 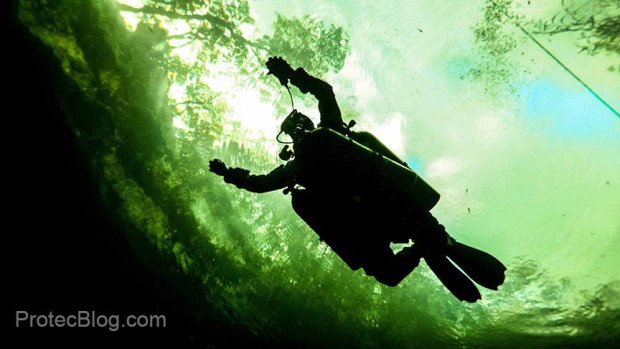 This fearless cave explorer is travelling the world participating in projects and teaching in foreign locations. Therefore he spends most of his time in Europe teaching throughout France, Spain, Austria among others.

Patrick is also a very active member in the QDT (Quiet Diver Team) and the DRSS (Dominican Republic Speleological Society) and has dived, explored and taught in caves in Mexico, Belize, France, Florida, Dominican Republic, Majorca, Austria and Madagascar. 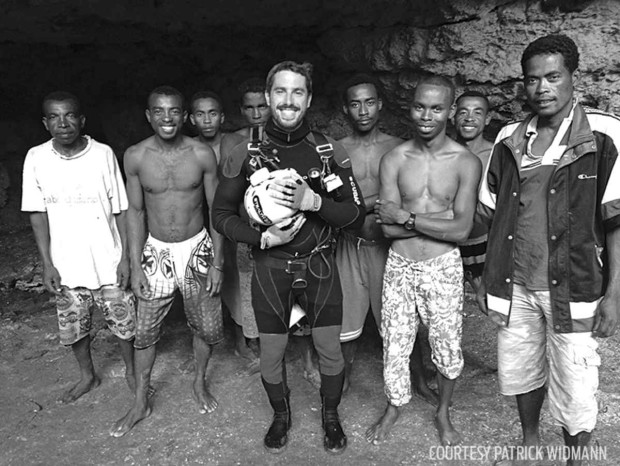 Patrick got the information about this unexplored cave by a local farmer. The name of the cave is Nascimento del Rio Sonador, while the closest town is 2 hours away. This cave is in the deep jungle and in order to get there you have to drive 30 minutes from the closest town Puerto Plata, then hike 40 minutes into the jungle with the help of horses who carry the proper equipment.

The entrance of the cave has two sumps- a sump is a water-filled passage of a dry cave. ”You do a first dive and surface in a dry gas pocket. Then you take off your fins and walk through this waist-high river. It’s only 20m long, but it takes 15 minutes to push through with a 45kg re-breather on your back”, he says.

The thought of someone in deep water, alone, diving into the unknown while being stretched among two walls of rock, is enough to make most of us shiver. But, for some people this is the definition of fun!

After some point, the ceiling drops and Patrick is in a small tunnel not much wider than the inside of a car. Then he is out into a big room, where there is no floor. He is swimming and when he takes a look down, there is nothing but black. Of course at that point, he could return but he wants to find out the depth of this cave. When he reaches the bottom, he realizes that there is only the top of a beautiful hill… 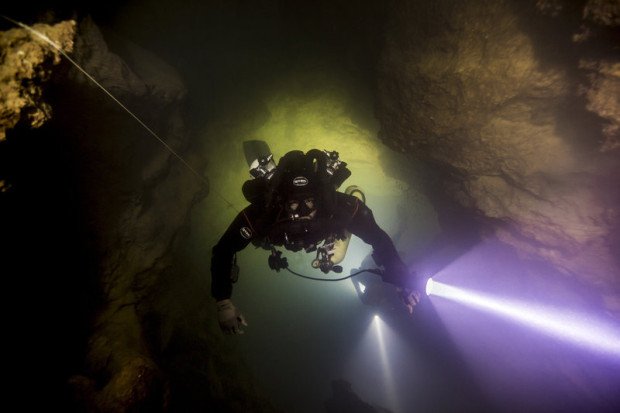 The new world record was set when he reached the 100 meters. The astonishing fact is that the cave seems to go even deeper!

The courageous athlete will return in several months to the same spot, so he can set another world record and find the bottom of this magnificent cave! He is not afraid that someone else will come and claim his world record because ”the location is a secret. Only the farmer who gave me this info knows about this place. When I go back, I will set a new world record”.