Pasadena is known for being home to the Rose Bowl. Whether you’re shooting the Rose Bowl Game, or another game at the Rose Bowl or elsewhere, there are numerous other opportunities to film sports in the City of Roses. To make sure you get the best footage, here are a few handy tips on how to film sporting events in Pasadena (and anywhere else!). 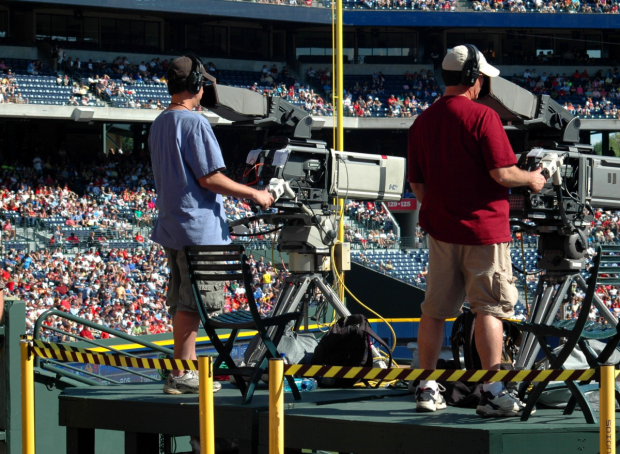 It’s important to have some understanding of the sporting event that you will be shooting. If you don’t know the sport or event that well, it’s useful to watch a game or two, along with other videos covering that sport or event. That way, you have an idea of what to expect.

You can also get inspiration on what makes good footage, which you can add to your shot list. Sporting events often unfold rapidly, so it’s best to have a game plan ahead of time.

2. Scout out your location

You’ll want some footage from field level if possible, as well as high-angle shots from the bleachers. Try to visit the venue the day before if possible. If not, get to the event a few hours early. Talk to workers to find out where key events happen if you’re not sure.

No one wants to see jerky footage. Use a tripod when possible. If not, use a gimbal to help keep your moving shots steady. Another option is to use a lens with image stabilization, which will help you shoot steadier handheld footage. You can also smooth out some of the shaky footage in post-production.

Also, be mindful of when you switch from tripod to gimbal to handheld. It’s best to wait for a lull in the action, like a timeout, to switch. Otherwise, you might end up missing some key action shots.

5. Use a large zoom lens

Chances are, you won’t be able to get too close to the action. So you need a long lens to be able to zoom in when necessary. Depending on the sport and where you can film from, a zoom lens up to 400mm or even 600mm will come in handy.

Just be aware that longer lenses will have shallower depth of field, which can make focusing on moving objects tricky. Also, be careful when zooming in and out that you don’t do it too quickly, and instead, do so more deliberately. Of course, this doesn’t apply if you need to capture something immediately and will miss it if you take too long to zoom.

Also, resist the temptation to zoom in all the time. You want to have plenty of wide shots to establish the scene and to capture all the action. If you are zoomed in all the time, you might very well miss a key play. 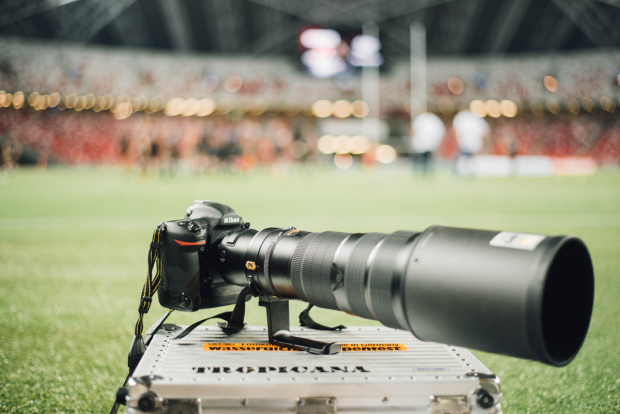 You should have one eye on your viewfinder or monitor, but keep your other eye on the action. Otherwise, you might miss something interesting or a can’t-miss highlight. Don’t limit yourself to merely what is on your screen.

Sports can be very unpredictable, and it’s very likely that there is always something interesting happening outside of your camera’s viewfinder. And if you’re standing close to the action, having an eye on what’s going on can also prevent you from getting run over by a player or participant.

The highlights of an event will vary depending on the sport. In football, it might be a touchdown or a quarterback getting sacked, while in baseball, it could be a home run or someone stealing home. This is why it’s important to understand the sport that you are filming — know what the highlights are and when they might occur.

To be able to tell a compelling and complete story, it’s important to get more than just footage of the actual sporting event. You want to capture additional footage that you can edit together to set the scene and tell the story.

Cutaways you should try to capture include:

Filming sporting events can be tricky. But with the right preparation, equipment, and techniques, you can help make your sporting event video shoot a success. Now that you know what you need to do, it’s time to start looking at film shoot locations in Pasadena where you can practice your skills before the big game.