The freediving world literally first remained speechless and then burst into the most heartfelt applause in awe when William Trubridge set a new World Record in the Free-Immersion (FIM) freediving discipline. 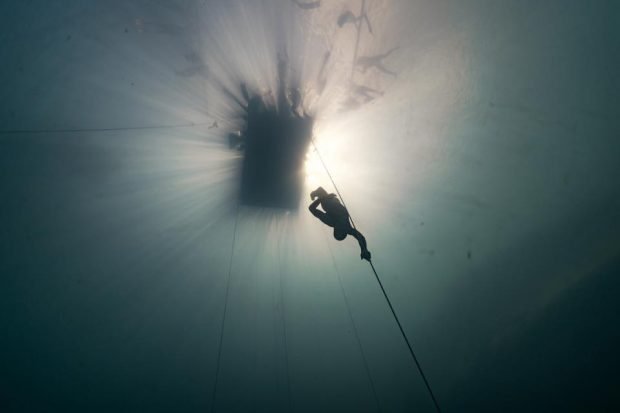 Trubridge set his 16th and 17th World Record at the same competition, in the same year. He broke – his own – 16th world record on the 30th of April, 2016 at the Vertical Blue 2016 – an annually held elite freediving competition by the same named company owned by Trubridge himself. His 16th world-record-breaking freedive, William described it as “pretty difficult”. He had some trouble attaching his tag to the velcro on his leg, which gave him a hard time on his ascent. He dived at 122m, holding his breath for 4 minutes and 24 seconds.

On May 2nd, he broke his own record again (the 17th one) with a FIM dive at 124m this time with a 4 minutes and 30 seconds breath. It was a special moment for the freediver, who had both his parents watching him do what he does best for the first time. William grew up in a yacht – where his family stayed for ten years – and the open blue sea was his playground his father said. Makes sense why he does what he does so well and with such passion!

At the same competition, another world record was broken by the Japanese Sayuri Kinoshita in the freediving discipline of constant no-fins (CNF). Kinoshita is the first ever Japanese freediver to set a world record, with a dive down to 72m and back on just one breath hold. 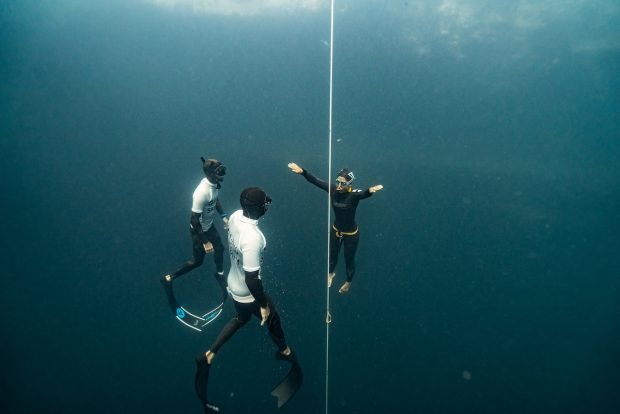 More than 25 national records were set over the duration of the Suunto Vertical Blue 2016 freediving competition until today. Who knows what we should anticipate next!

For now, enjoy the successful attempts of William Trubridge’s 16th World Record dive down to 122m (we are still on the wait for a video of his last world record) and of Sayuri Kinoshita’s CNF freedive to 72m.