Tennis lovers across the globe worship Wimbledon as the grandest of all Grand Slams. The sporting event is more than matches and players, it is a celebration of the game itself. Not surprisingly, fans from everywhere have the tournament on their bucket list. Once isn’t enough because you will love the sheer experience of witnessing the best players showcasing their talent. Moreover, the tradition of Wimbledon beckons you year after year, and you wouldn’t mind shelling out a few thousand to travel to London and be a part of the event. Here are a few reasons that make Wimbledon the greatest and the best. 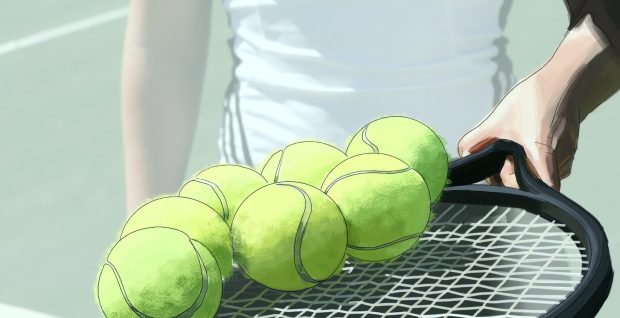 A piece of history

Wimbledon isn’t only a sporting event, but a piece of history no tennis buff should miss out on.  Like cricket, football, and rugby, tennis traces its roots in Britain. The modern game dates back to the 19th century and originated in Birmingham, England. Wimbledon was first held in 1877, making it the oldest tennis tournament in the world. It is also the most prestigious of all four Grand Slams. Attending the event means you can be a part of the history of your favorite sport.

Besides being the oldest and the most prestigious, Wimbledon stands apart because of the surface it is played on. It is the only major contemporary event that still uses original grass as the playing surface.  Wimbledon grass plays well for everyone, from players who use power to the ones who rely on finesse in their shots. The grass is one of the most unpredictable surfaces, so you may witness a few upsets here as even beginners do not get tired easily on the surface. That’s what makes the event so exciting!

When at Wimbledon, you eat, breathe, and live tradition every moment. From strawberries and cream to Pimm’s, embroidered towels, and more, the tradition of the event is alive and kicking. Tons of strawberries and thousands of liters of cream are sold at the tournament every year. Likewise, you wouldn’t want to miss out on the quintessential Wimbledon drink during your visit to the event. The iconic green and purple combination continue to be the symbol for tennis. 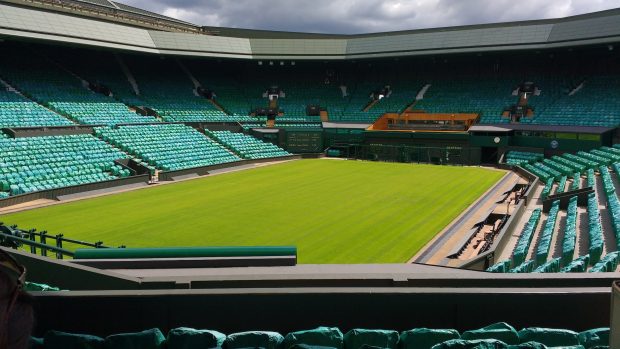 When it comes to tradition, Wimbledon also has one for the players to follow. The rules require players to wear all-white attire, and they apply to everyone, regardless of their stature and popularity. Umpires wouldn’t hesitate to ask players to change if they fail to meet the dress code. In one of the matches in 2013, Wimbledon champ Roger Federer had to switch his shoes because they had orange soles. Players also cannot flaunt highly visible advertising on their clothing at the tournament. The all-white rule is a refreshing change to a game overrun by fashion, whether the Williams sisters like it or not!

Getting a ticket isn’t easy unless you are super-lucky to make it on the public ballot. Every year, the Wimbledon Public Ballot sells tickets to the locals. You may also get them through the ballets held by the LTA (Lawn Tennis Association) or tennis clubs. There’s a ballot for international fans as well. But the chances aren’t great, so brace yourself to queue up on the grounds. You may explore the idea of buying a debenture ticket if camping overnight for a queue spot is not your cup of tea. You can Check the latest Wimbledon Ticket prices before going ahead. Although you may have to shell out a considerable sum, the experience is worth every penny.

Besides seeing top players in action, you can witness the royals and celebrities at the tournament. It is one reason why tennis lovers want to be a part of the event. You have a chance to see the Queen of England and other members of the family as they show up frequently. The event is royal because the Queen is a sponsor and the Duke of Kent is the president of the All England Club. Several Hollywood celebs and music stars make it a point to be there and cheer their favorites. The tournament also attracts famous tennis players such as Jimmy Connors, Tim Henman, and Pete Sampras.

Wimbledon has diehard fans who do not think twice about traveling a long distance and shelling out thousands to be a part of the event. The crazy fans here love the sport enough to camp overnight and queue up for hours for tickets or even watch a match on a screen outside of a stadium. They have no qualms about sitting there even as it rains. The tradition requires fans to be polite, and they are respectful enough despite Great Britain starving for a champion over all these years. The last men’s singles title for the country went to Fred Perry way back in 1936. 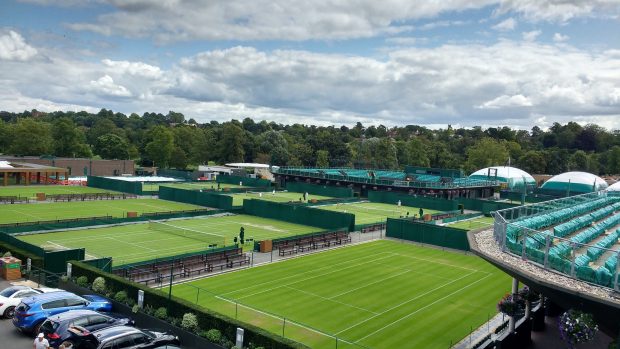 Another thing that makes Wimbledon unique is that it did not have a fifth-set tiebreaker, so fans could see players pushing themselves furthest. Some of the marathon matches in the tournament’s history have been the outcome of the no tiebreaker rule. As an avid tennis lover, you will probably remember the 2009 finale between Roger Federer and Andy Roddick. The match stretched to 16-14 in the fifth set, breaking Pete Sampras’ all-time record. As a spectator, you couldn’t have a better chance to make the most out of your money than watching the nail-biting matches here. However, the rule was changed in 2018, with the introduction of a tie-breaker at the score of 12-12 in the fifth set.

Wimbledon deserves to be called the greatest and the best of all Grand Slams and tennis tournaments. It is unique in several ways, being as much about tradition as it is about the game itself. It is no surprise that every tennis fan wants to be here at least once and wishes to come back again year after year. The event has a vibe of its own, and it isn’t worth missing out on. Being a part of it is your chance to witness the history and glory of the game.