Base jumpers throw themselves off various structures, including cell phone masts, cliffs, bridges, and high-rise buildings. They have a parachute on their back, but this is no guarantee of a safe landing, and if the parachute fails to deploy, death is the only outcome. 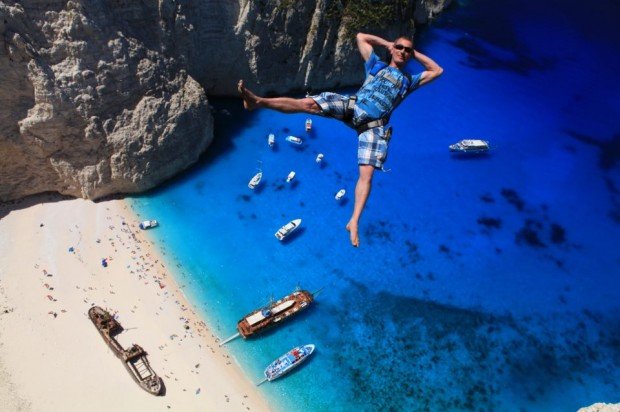 There are some crazy videos on YouTube of wingsuit flyers, filmed from the perspective of the flyer using a GoPro camera or similar. If man could fly like a bird, this is as close as he is going to get. The wingsuit enables the wearer to glide down from a perch, but things can and do go wrong because control of the descent is tenuous to say the least.

Surfing is dangerous if you are caught in a wipeout and can’t make it back to the surface; or you are thrown on to rocks by the force of the wave. Then there is the possibility of a shark lurking beneath the surface and the risk factor rises. So imagine how much more dangerous surfing is when you are towed up to the top of a monster wave with a jet ski and dropped in. Yes, it’s scary dangerous.

Whitewater kayaking is not for the faint hearted. Anyone who willingly steers their kayak off a high waterfall is ever so slightly insane, but the reason ‘creekers’ do this sport is because the adrenaline rush that comes from taking a vertical drop into a seething turmoil of white water makes you feel alive. 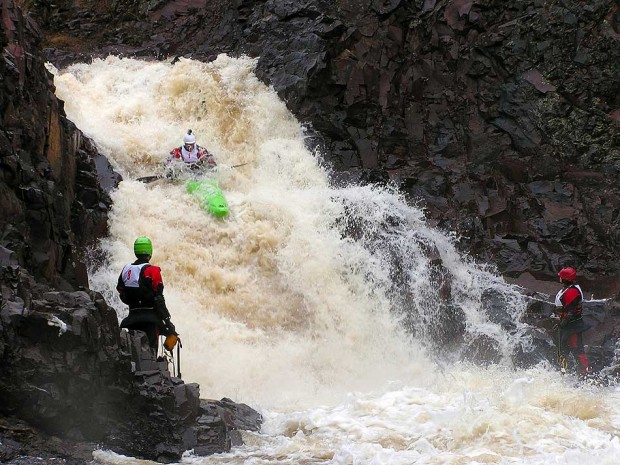 Rock climbing is no picnic, but take away all of your harness and other safety equipment and it soon turns into an extremely dangerous sport. One mistake and you are history.

Freediving involves diving to depths of 80 meters or more, with no breathing equipment. Expert freedivers can hold their breath for crazily long periods of time, but the danger comes if the diver blacks out whilst underwater. Fish can swim deep underwater, but we humans don’t have gills, so be warned: freediving to extreme depths is very dangerous. 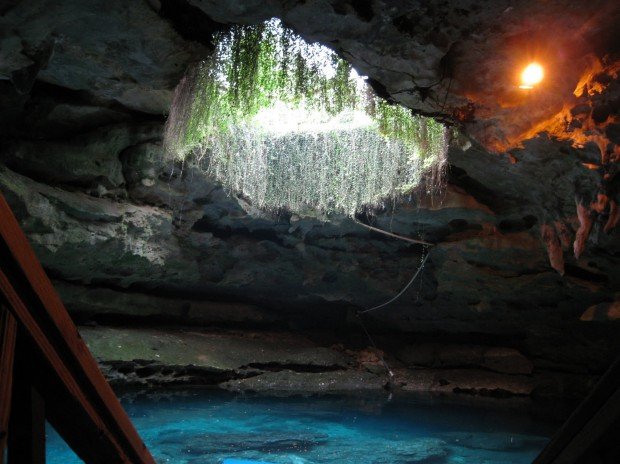 Cave diving is no less dangerous than freediving. Underwater caves (indeed any caves) are full of danger, not least from unexpected currents and blockages. If your equipment fails while you are deep underground, help is a long way away. And if you have seen the film, The Descent, you will know that unpredictable currents and equipment failures are the least of your concerns.

Base jumping, creeking, cave diving, wingsuit flying, solo rock climbing and volcano surfing should all come with a warning stamp. Not that it makes any difference if you are the type of person who loves to push themselves to the limit. However, if you do end up on the injury bench, try some custom puzzles instead.