At the 27th of November, four star wars fans took their surfboards to ride the last big bore of the year on the river Severn in Gloucestershire. 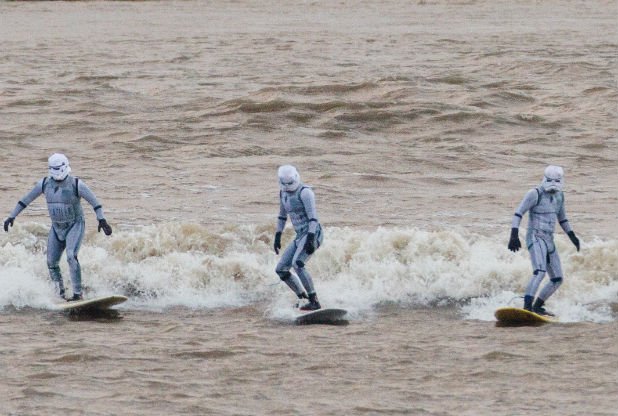 As you can see from the photos, they managed to do some amazing stunts, propably due to the force of the New Order. Of course we are kidding. Or, aren’t we?

Well, let’s clear things up. These are some key scenes from the upcoming Star Wars: Episode VII The Force Awakens that were filmed near Puzzlewood, in the Forest of Dean, an area where big productions like Harry Potter and Doctor Who have been starred. 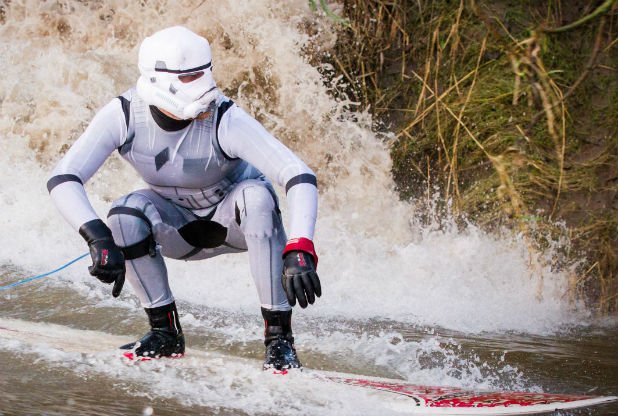 The Wye Valley and Forest of Dean Tourism Association had the edgy  idea to  invite the “stormtroopers” in order to advertise the new television and movie trail. 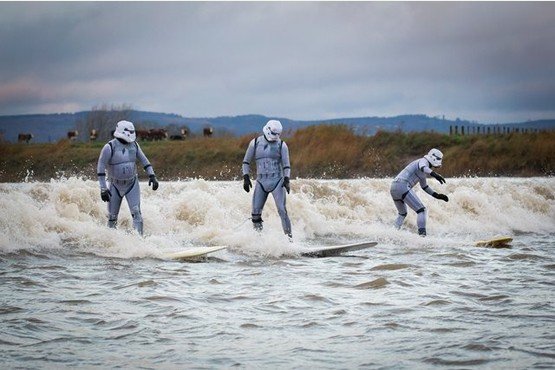 ”We thought it would be fun to swap the Death Star for surfboards and see if the soldiers of the Galactic Empire could ride the waves,” said Mark Terry-Lush, association director. And it sure was.