If you’ve been to many cities and towns across America, you’ve likely seen the electric scooter invasion in full force.

According to the National Association of City Transportation Officials (NACTO), around 38.5 million Americans used shared scooters in more than 100 cities. Shared scooters are set up through various programs, and you can use a scooter as you like, and then leave it to be collected later. 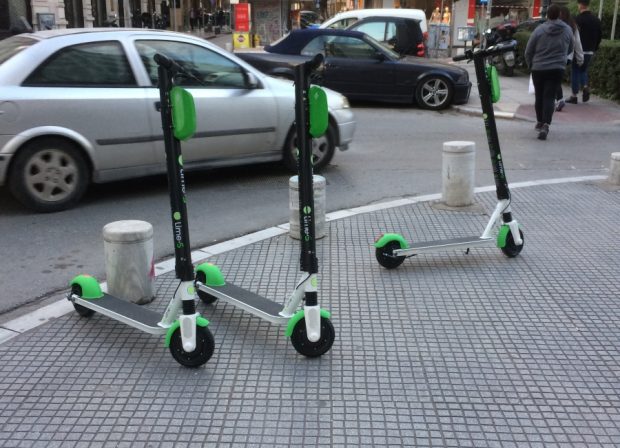 Along with using shared scooters, some people who live in more urban areas may own electric scooters and use them as their primary form of transportation to beat traffic and parking issues.

Due to the dangers of electric scooters and some of the inconveniences they can cause, not everyone is in favor of the invasion, however.

What should you know about electric scooters, and are they really dangerous?

Why Are There So Many Scooters?

Scooter sharing programs started popping up as a way to reduce pollution and congestion from cars.

For example, Portland launched a pilot program last year to see if making electric scooters more readily available could reduce pollution, as did Chicago. In Manhattan, it’s illegal to rent an electric scooter, but you can ride them if you own them.

Not all cities have viewed electric scooters so favorably, however.

For example, there was a recent ban issued in Chattanooga, Tennessee, and Nashville’s mayor has been calling for a ban as well in the wake of the first scooter-related death in the city. The city rejected the plan, but they did decide to reduce scooter fleets.

People do tend to like scooters, particularly in some larger cities.

For example, they can be used to get to a subway stop or to get places faster than by car if it’s rush hour. You’re also not going to get sweaty like you do on a bike.

While scooters can be a viable form of transportation, according to a study from the Centers for Disease Control and Prevention, one in three riders were injured on their first ride. Almost half of all scooter injuries are related to head trauma because riders didn’t have helmets on.

For the CDC study, researchers looked at 271 people with possible electric scooter-related injuries between September and November 2018 in Austin, Texas.

Seventy percent of the riders in the study had upper limb injuries such as to the hands, arms, wrists, and shoulders. Fifty-five percent had injuries to their lower limbs and 18% were injured in the chest or abdomen region.

Nearly half of the people in the study had a severe injury, and according to the National Transportation Safety Board, a severe injury is one requiring hospitalization for more than 48 hours, organ damage, bone fractures, or bleeding.

More than half of the scooter injuries occurred in the street, and a third occurred on sidewalks. Motorized vehicles and cars were part of 16% of injuries, but only 10% of electric scooter riders actually hit a car.

A third of people who were respondents in the survey said they’d had alcohol within the 12 hours before they were injured. Nineteen percent said there was a malfunction with the scooter, such as brakes that didn’t work properly, and distracted driving may be an issue as it is with driving vehicles.

What Are the Reasons for Crashes and Injuries?

Around half of riders studied said poor road conditions were what caused their crash, but more than one-third said it was scooter speeds.

Only one of 190 injured riders was wearing a helmet when they sustained injuries, according to the CDC.

The study sheds light on the fact that wearing a helmet can be extremely important when using an electric scooter.

Along with general safety risks, many people are expressing opposition to electric scooters because they lack regulatory oversight.

There are startups like Lime and Bird that have raised money from investors to create these scooter-sharing companies, and Uber and Lyft are also looking at getting in on the scooter craze. Even so, there are limited sources of oversight, which can contribute to some of the problems and risks.

Regardless of where you stand on electric scooters and in particular, scooter sharing models, being vigilant and also wearing a helmet are important takeaways we have currently available through research. There are things you can do to reduce your chance of injury if you’re aware of the potential risks of electric scooters.