About 12% of Americans are avid fans of the NHL and claim never to miss the Stanley Cup. The New York Rangers is the most highly valued franchise of 2020, at $1,650 million of all the teams.

The sport involves two teams of six wearing skates and playing hockey in an ice rink. They propel a rubber disc past a goalie and into the net to gain points. The sport also features in the Olympics, and there are over a million registered players worldwide. 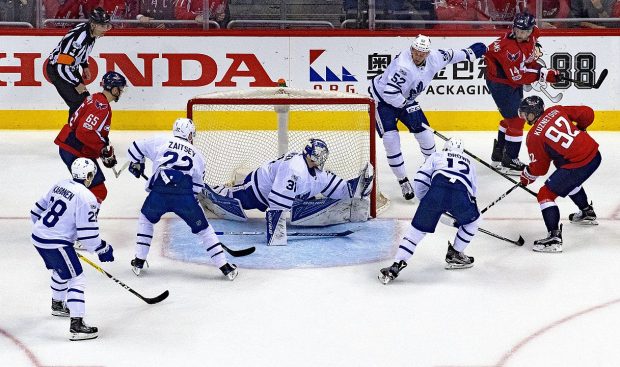 It is the national winter sport in Canada and is a blend of English field hockey and Indian Lacrosse. By the late 1800s, the sport became highly organized and widespread in Canada.

Teams from the U.S. began to participate in the early 1900s and started participating in the NHL. Like any sport, the game has special terms, such as slapshot and icing in hockey, that describe various actions. These are some of the most common ones you should know about.

Icing is when the puck is shot through both center red lines and the opposing goal line without going into the net. The play will be stopped and resumed with a face-off in the team’s defending zone, which committed the violation. Play does not stop if a player from the icing committing team touches the puck before a defender does. Icing in hockey was discouraged so that teams could not change lines.

The player bends the stick to add more force into the shot and propel the puck forward. Bending allows more energy to be applied to the shot when launching the puck.

When a player swings their stick at an opponent’s stick, it is slashing. If there is no injury, it is a minor penalty, but any reckless endangerment can significantly.

Body checking is acceptable as long as it is within the rules. It is used to take control of the puck. It is permitted as long as the player checking does not put the opponent in any danger and keeps the stick’s blade below knee level. The check should not go beyond the trunk of the body.

It is called rough when a check is delivered to a player, not controlling the puck. It can be when the player has relinquished control of the puck and is still being checked or when contact happens with no effort to gain power.

When a player uses the upper part of the stick to check an opponent, it can be either through jabs or attempted jabs, resulting in a penalty. It can lead to a fine even when a butt-end gesture is made without contact.

An important offensive play is when the player moves the puck away from their goal and into the defensive zone. The puck is then pushed into the attacking zone and kept there.

It is a position in the sport. Their primary role is to neutralize their opponents in the defensive zone. They can also take on an offensive part in the attacking area. They help the goalie in stopping the puck from entering the net.

Ice hockey is an international sport that is quite popular for its sweeping elegance and rough encounters. Terms such as icing, odd-man rush, butt-end, and roughing are unique to the sport and explained above.