It was back in 2013 when researcher Mauricio Hoyos Padilla together with a Discovery network group of filmmakers and photographers had visited Mexico’s Guadalupe Island, where numerous adult great white sharks are being located every year.

During this incredible shark diving expedition, the team has filmed one of the largest great white sharks, ever come across live on camera, a female shark, measuring over 20 feet long. The team has nicknamed the huge mammal as “Deep Blue”, which has featured a Discovery Channel edition episode in 2014. 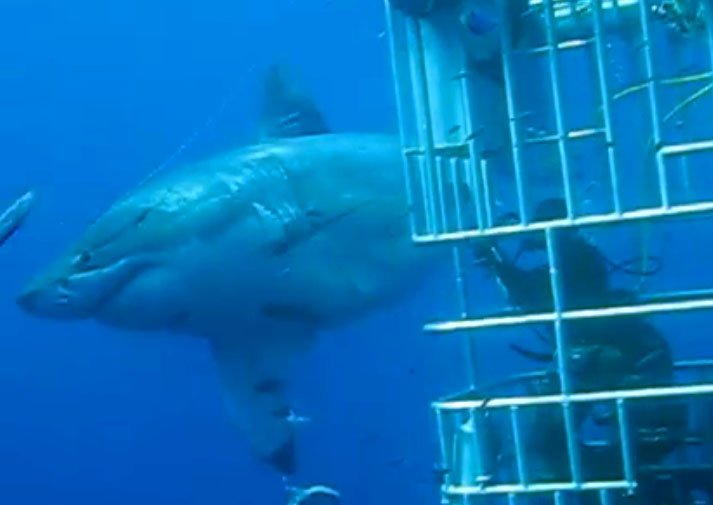 Since then, the researcher has only recently found out a 50 second clip footage, filmed by the team and archived in his computer, where ”Deep Blue” is being observed by the team’s divers within an underwater cage.

While the photographers-divers were filming “Deep Blue” from the protection of the cage, one courageous diver has decided to walk the extra ”extreme” mile, got himself on top of the cage and gave the white shark a high five, once the creature has well approached the cage. 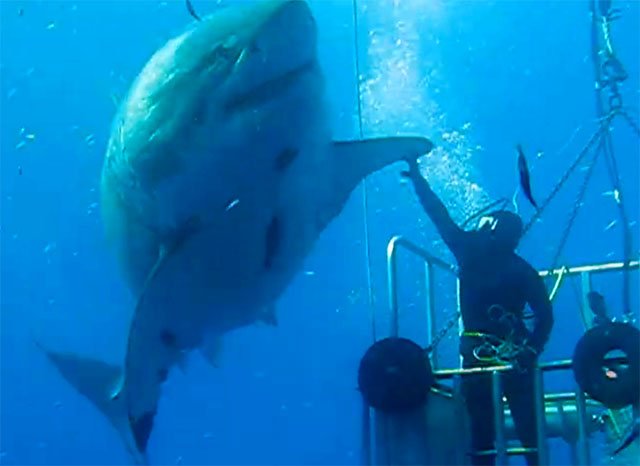 Watch how the photographers have immortalised this unique moment in an unedited footage.