The idea that there are champions living among has sat within human consciousness for thousands of years. There are paintings of them, books about them and billboards starring them. Champions, by definition, are those seen to be physically stronger than the average person. They can push themselves further, and achieve greater accolades. They are the best in their field. 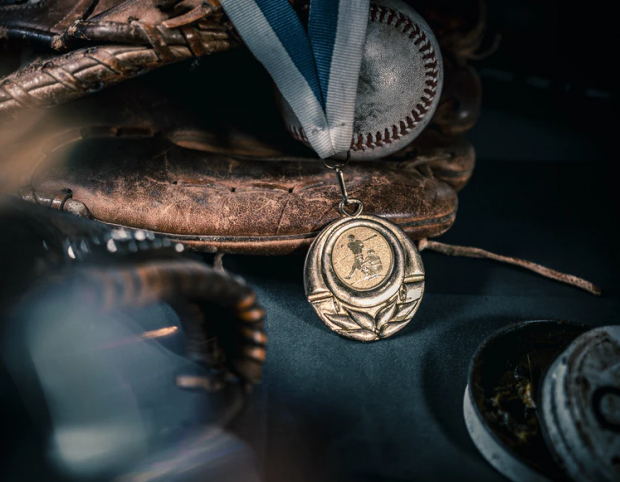 The first champions emerged in 776 B.C during the earliest known Olympic Games in Olympia. At that time athletes would pray to their king of the gods Zeus that they would win, and when victory was achieved they’d thank their spiritual aid with gifts.

When the Olympic Games were formalised in 1896, the idea of champion went mainstream and our admiration for such figures has continually grown. They’d win medals like those on Embroidery Wollongong and use them as a status symbol, making their increased fitness and dedication to their sport visible.

While these days you’re less likely to pray to Zeus in the pursuit of shiny success and shinier medals, you can still unlock your inner champion by incorporating these five hacks into your journey.

Practice makes perfect, so they say. They’re right. In fact ‘a landmark 1993 study suggested that practice accounted for about 80% of the difference between elite performance and amateur performance’. Practicing then certainly can nurture the ability to perform at a high standard. Ensuring that you find the time to dedicate to your chosen sport or activity is vital in the journey to becoming a champion. Champions spend a significant amount of their time dedicated to their cause, and find ways to continually motivate themselves.

To ensure that you don’t lose momentum and that you stay consistently motivated, shake up where you practice, for how long and when. If you dream of becoming a professional basketball champion, practice on different courts on different days, and against different types of opponents. If it’s a successful career in football you foresee, practice both at and outside of the home.

Champions keep at the challenge, no matter how physically tough it gets. But they also know when to take a break and are mature enough to accept that today isn’t going how they wanted. Growing into a champion isn’t easy. We wouldn’t celebrate it if it was.

You need to acknowledge that not every day will be as fruitful on your journey to becoming a champion as another. If you’re having a bad day with developing your chosen skill, be wise enough to take a step back and hit refresh by revisiting it at a later date.

Avoiding burnout is a vital characteristic that all champions have. The ability to take care of your mental and physical health is a champion quality above all others. The person who does not get adequate sleep, who does not find time to relax and who does not know when their mental wellbeing needs additional support stands no chance of becoming a champion. This is especially true of extreme sports, where close attention to your mental health is paramount.

The most remarkable champions – and the only ones who can call themselves such – either privately or publicly – focus as much on their mental health as their physical skill. They’re aware that physical strength cannot exist without mental strength.

Practising self-care is a crucial way to avoid such burnout – this can involve activities such as yoga, meditating, or even something as simply as taking a walk. A great way to make sure that self-care is incorporated into your daily life is to participate in a morning routine.

This morning routine could consist of a nutritious breakfast, a short meditation and a spot of light reading, to guarantee that you’re starting your day in the right headspace for achieving your goals.

One area in which the human beings of today differ from the champions that came before is in constantly experiencing the negative mental state of comparing ourselves to other people. Through developments in social media and technology more generally, people today look at the achievements of others and use this as a reason to dislike themselves.

Based on these risks to our mental wellbeing, it is important to compete with yourself instead. For example, if you’re a 100 metre sprinter, don’t compare yourself to others in this field. Compare your time with your time from the month before to see your growth.

Champions don’t get themselves caught up in worrying about what other people are doing. They focus only on their own goals and their own skill development. That of course doesn’t mean you can’t practice with others, or even against others, but how they perform isn’t important – only how you’re developing over time.

Learn From The Best

Conversing with those who already compete in your favourite sport or activity is a great way to find extra tips and tricks. They’ve been there, done that and got the medal to prove it – and so if anyone would know the ‘things that champions do’, it’s them.

For those who don’t have access to sports stars, this same activity can be achieved through reading their autobiographies, or other books about them. Alternatively, watching them converse with others online, or reading interviews in magazines. Many sports stars feature on podcasts now too.

Through these mediums you can find out what helped them on their journey to champion status, and then you can seek to emulate those. However, be sure to know what will and won’t be suitable to you. If you’re finding that something they’ve suggested isn’t going right for you during your practice, it doesn’t mean that you can’t be a champion. It just means that you’ll progress on a different path.

These are five things that all successful sportspeople incorporate into their daily lives. There are others that you can research in order to push yourself even further. The champion is within you. Practice and perseverance will help unlock it – so long as you never forget to put your mental health and wellbeing at the forefront.