Angel’s Landing is a fairly popular hiking trail that many people like to visit. It’s also a hiking trail that contains narrow sandstone ridges, which lead up a steep climb. These ridges are so narrow, that they are suitable for only a single person at a time. With Angel’s Landing being as popular as it is, sometimes people have to scoot over to let each other pass.

I’m sure you can guess where this is going. The traffic jams way up on the high point, frequently cause people to take a tumble and fall to their deaths. The National Park Services are saying that at least 5 people have had this happen to them. However, that’s not the complete list.

Some are rescued. Most aren’t that lucky. 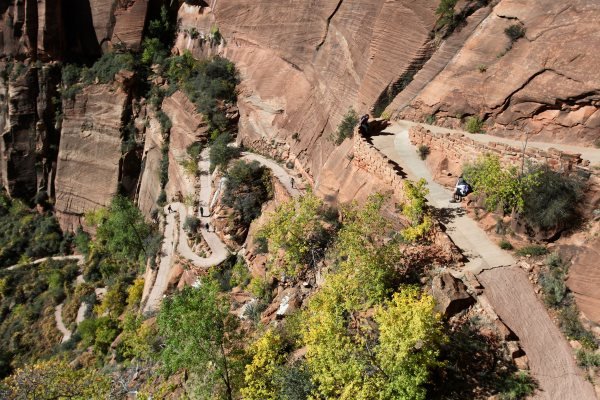 If you’ve ever seen Indiana Jones and the Temple of Doom, then no doubt you must’ve suffered from vertigo while watching the scene with the ramshackle rope bridge. Not in your worst nightmares had you envisioned that these sorts of constructions actually exist in real life. You are in for a rude awakening, because Mount Hua Shan, located in China, is going to make your worst nightmares come true.

The crickety wooden stairway that runs next to the mountain is the path you’ll be traversing. Thankfully, there are chains on the wall as well. You’re supposed to hook onto those while you walk the boards. At some points, the boards completely disappear and you’ll have to make due with divots carved into the rock.

There are no official death statistics available. But rumor has it that at least 100 people fall to their deaths on Mount Hua Shan on a yearly basis. 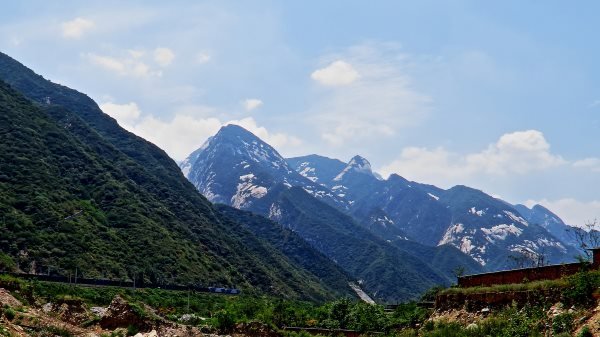 Mount Pinatubo’s crater lake is a very popular destination for hikers worldwide. However, what they don’t tell you is that Mount Pinatubo is actually a volcano! Up until 1991, it had been dormant for four centuries. But 1991 wasn’t a particularly lucky year for 800 people visiting the crater at that time, when the volcano decided it was going to unleash its ungodly violence upon them. Sadly, they all perished.

Lightning doesn’t strike twice in the same spot. And that’s what many other people thought in 1992 as well. Unfortunately for them, the volcano decided to spew again, this time killing 72 people with its 15 million tons of sulfur dioxide.

As if killing hundreds of innocent people isn’t bad enough, the Pinatubo eruption also accelerated the depletion of our ozone layer. Now if that isn’t a first class A-hole hiking destination, then I don’t know what is. 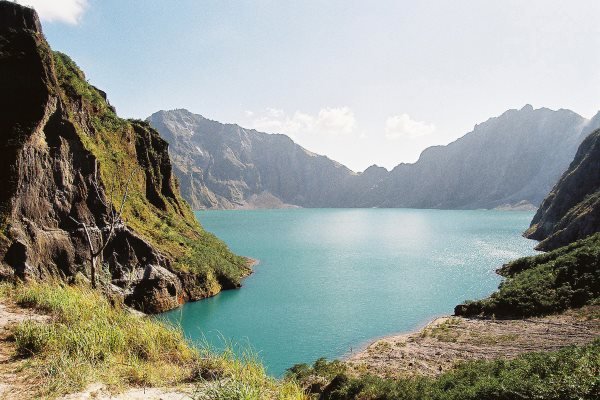 It’s human nature to be attracted to all things epic. Colorado’s Longs Peak is not only the longest peak, but also one of the most deadly ones. Sure, it starts out pretty mildly. But once you reach the so called Keyhole section, the smooth sailing part of your journey is over. From hereon out, you’ll have to watch your step, or suffer possibly fatal consequences.

This trail does not have the highest difficulty ratings of all hiking trails worldwide. It’s not that the climbs are particularly technical, but they are hard enough that some hikers get into serious trouble. Longs Peak claims on average one person’s life per year.

Fun fact: Agnes Vaille, famous mountaineer of the 1920s, has perished on this trail. She took a 150 feet tumble down a rocky terrain way back in 1925. She told her friends she’d be taking a little nap before resuming the hike, but by the time a rescue party had come to her aid… they found her frozen to death.

In 1927, the Agnes Vaille Shelter was erected in her memory. 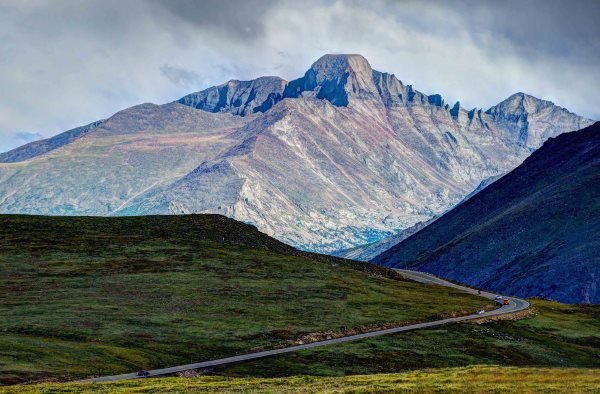 If you’re looking for some of the most scenic trails there is to be found in the good ole’ US of A, you’d do well to visit the Maroon Bells. However, this trail is as deadly as it is beautiful. It’s a 12 mile round trip. You’re probably thinking… what can go wrong on a mere 12 miles? Plenty, as it turns out. Because these 12 miles are full of steep paths, loose rocks and water worn ravines.

As if that’s not enough, the weather conditions are subjective to quick and sudden change, to say the least. Putting it all together, the situation on Maroon Bells is deadly enough to have earned them the nickname Deadly Bells. They ought to be called Deceptive Bells instead, because that’s precisely what they are. It’s not too technical of a climb. But you can die without warning, due to their deceptive nature. Even expert climbers aren’t safe. Especially when they don’t know their route.

A total of eight people have perished here in five different situations. 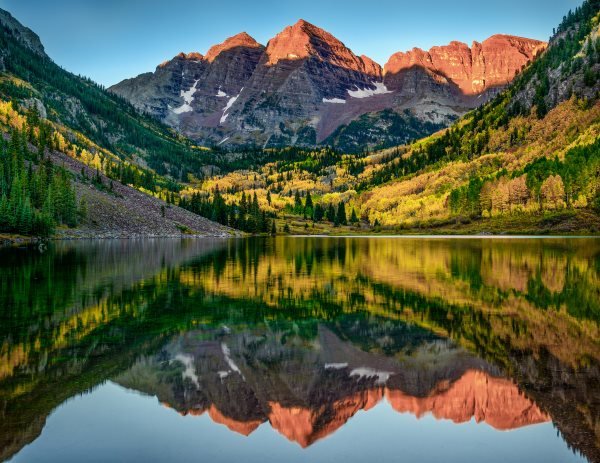 If you’re looking to meet one of mother nature’s greatest mass murders, then this would be a great trail to visit. No less than 60 people have met their demise on the Half Dome and the trail that led them to it. Many hikers visit this trail on a yearly basis and come back just fine. But they are the ones that somehow manage to avoid the Mist Trail’s tricky spots.

This is a difficult climb, where steel cables will assist you in the last few hundred feet of your climb. To start with, you’ll have to be pretty strong in order to make this climb. When it starts to rain, the cables are going to get a little bit slippery. Rain alone can already put quite the damper on your climb, but then of course there’s always the possibility of lightning. Can you imagine what would happen if lightning were to strike on one of those wet, steel cables, just when you’re making your way up?

Neither can I. And I don’t think I ever want to. 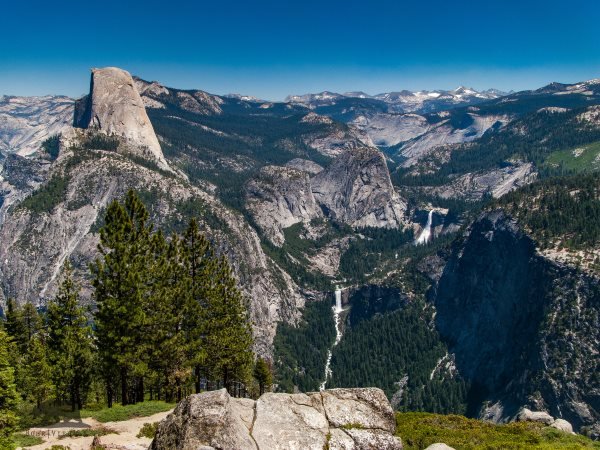 If you’re a fan of Lord of the Rings (and who isn’t!), then you’d do well to pay this trail a little visit. This is where huge parts of the movie were shot, and you are sure to relive the movie in the flesh when coming down to New Zealand. Should you choose to also stop by Cascade Saddle, however, then be prepared to take a risk with your life.

These rocks can get wet. And you know what wet rock is? Right! It’s slippery. And you know what slippery rocks do to climbers? I’m sure you can guess where I’m headed with this. In the past few years alone, 12 people have taken a tumble and fell to their deaths. It’s becoming too much for the local coroner to handle. He has demanded that the trail would either be closed, or reengineered in order to make it safer. 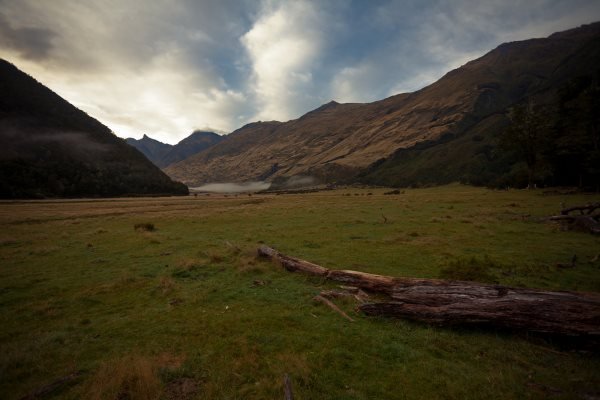 If you’re looking for one of the world’s greatest sceneries, you are coming to the right place when visiting the Drakensberg Traverse in South Africa. As with all trails that offer gorgeous views down huge valleys, there is also a certain amount of risk involved in hiking these kinds of trails. Ironically enough, the most dangerous part is the beginning, where you’ll have to climb a ramshackle ladder up to a ridge.

Up until 1985, there are an officially reported 55 hikers who have fallen to their deaths on the Drakensberg Traverse. Not that anything changed after that to make it safer. It’s just that officials have stopped officially reporting. It is rumored though, that multiple deaths occur every single year on this trail.

Know what you’re getting yourself into. The authorities will deny your existence. 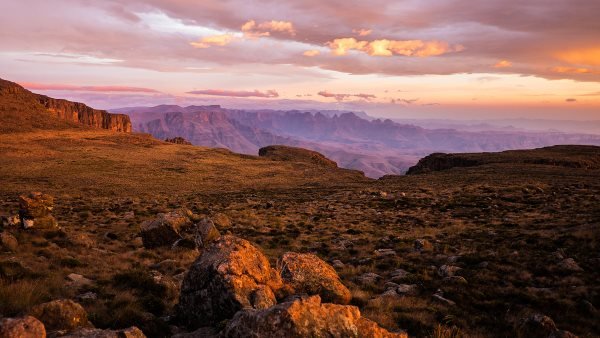 If you have ever wanted to experience Hawaii, then this is a great place to visit. It’s a 22 mile round trip, which seemingly takes you through all the best bits of nature that Hawaii has to offer. However, things can take a turn for the worse if you’re not careful. You see, there are a number of stream crossings in this area that have a tendency to swell pretty quickly when a downpour hits you.

When this happens, whatever you do… don’t take cover near a water fall. There’s falling rocks around those falls, and they’ll hit you harder than you can take. And then of course, there is Crawler’s Ledge, a narrow path where you can get seriously hurt if you don’t mind your steps.

The swelling streams, the falling rocks and the narrow path aren’t the worst of your troubles, though. Well over 100 hikers have met their demise while swimming in the trail’s remote beaches. 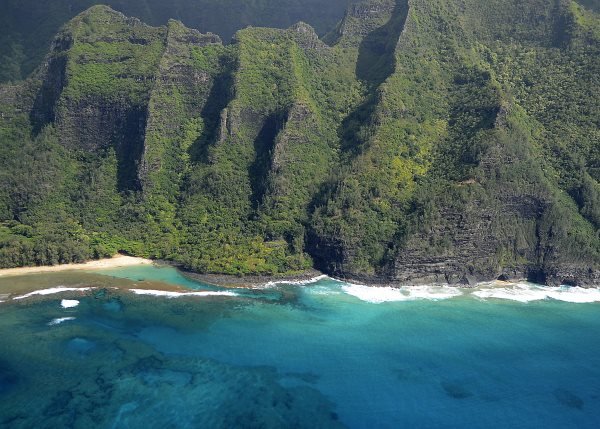 At first glance, The Kokoda Track is a seemingly friendly trail. But for some odd reason unbeknownst to humanity, it seems to attract death from every direction. In World War 2, the Australians battled the Japanese here. Historically speaking, Kokoda is home to one of the most bloodiest battlefields in the history of the world. This route was unused up until about a decade ago, when hikers discovered it.

You’d think that the Kokoda Track had seen enough death all those decades ago. But nothing could be farther from the truth. In 2009, a number of trekkers flew here in a plane, trying to get to the trailhead. The plane crashed and 13 would-be hikers perished. Should you make it to the trailhead, then be prepared to traverse it in 11 days. In recent years, six Australians died on the trail due to ‘natural causes’.

It seems the trail isn’t so friendly after all. There are lots of slippery roots and clay muck that will have you mustering all your strength with every step you take. The conditions are actually pretty harsh. Harsh enough, that some hikers have just given up on this trail altogether. 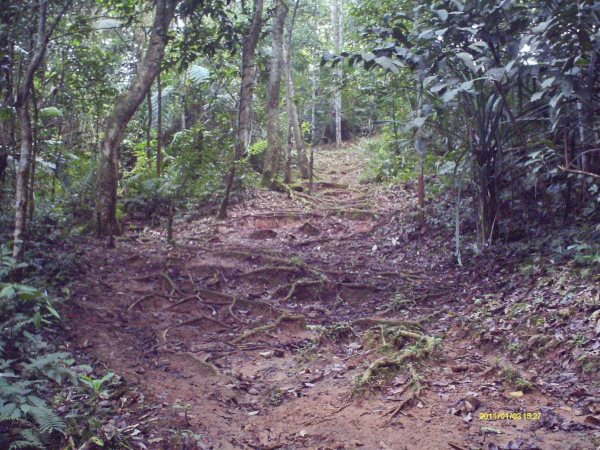 This article was written by Brian Bradshaw from Boot Bomb. He is an avid hiker and makes a living reviewing hiking gear and footwear of all sorts. He has recently compiled a list of the 50 best long distance hiking trails in the USA.