Liam was born in Melbourne, and by turning eight years old, his family moved to Phillip Island. He spent much of his time surfing with his Hollywood actor brothers Chris and Luke. 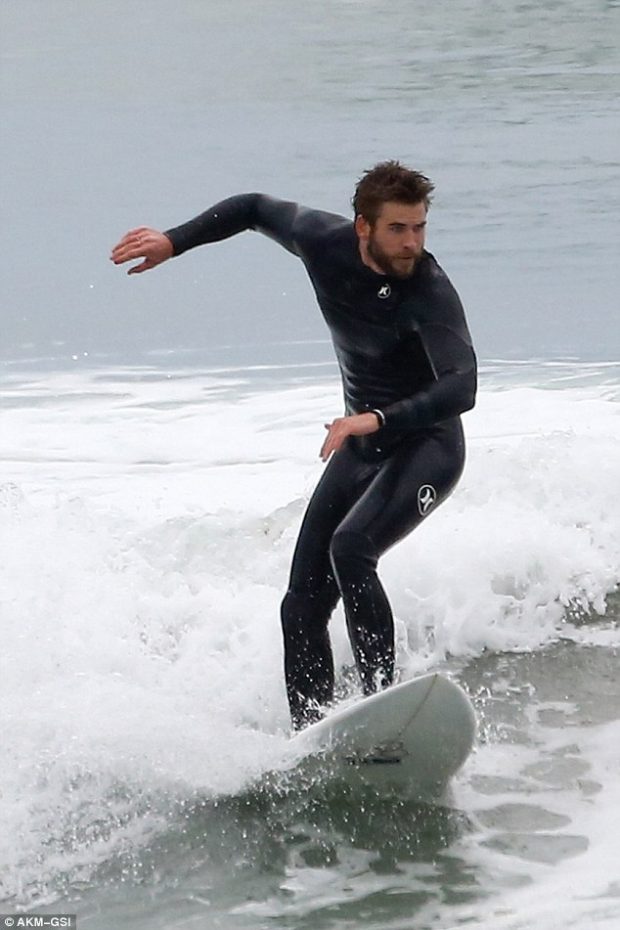 The Hunger Games star showed off his impressive physique and riding skills by catching waves in Malibu, California. He also showed top form by riding on his board and bending his knees for balance as he caught a wave.

Afterwards, he stepped out of the water carrying his surfboard across the sand and took off his black wet suit to flaunt his gym-honed six pack. 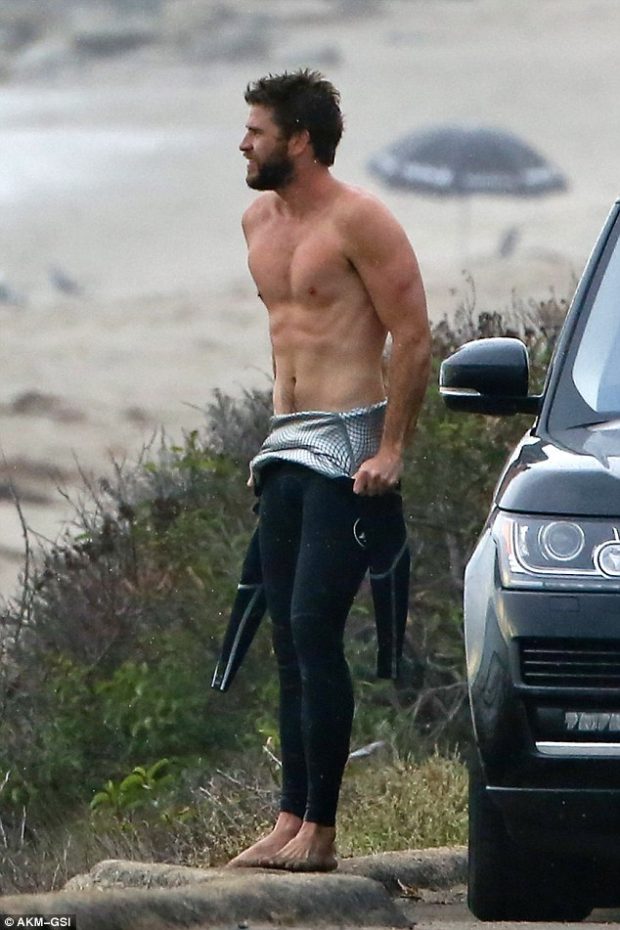