Situated in the heart of Dolomites Mountain chain, Cortina d’ Ampezzo has become a regular meeting point for fans of snow activities and the international ski scene, especially after the 1956 Winter Olympic Games.

The ski area of Cortina is divided into four distinguished ski playgrounds, Faloria-Cristallo, Tofana, Cinque Torri and Lagazuoi. Each of them offers completely different ski environment. They are connected each other by lifts and shuttle-bus services. Those four areas make Cortina the ‘’Queen’’ of Dolomites and the home of numerous nationals and internationals competitions, races, events and championships. 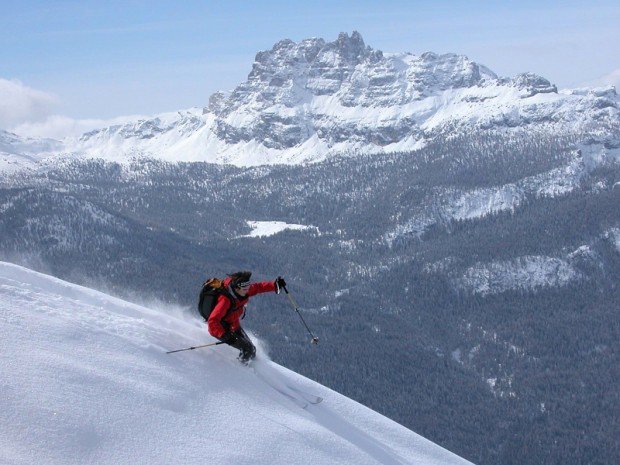 The most prestigious one is the Women Alpine Ski World Cup where it is held every January. This enormous ski arena with its 70 slopes, covers more than 120 km/74 mi and can satisfy the fans of all the levels of ability. Some 33% of the slopes are addressed to beginners, 62% to those with intermediate level and 5% to the skilled skiers. All of them are served by 6 cable cars and 29 chairlifts.

The ski season starts in late November and ends in mid-April. The enthusiast of cross country ski and snowboard can enjoy in distinct areas their preferred sport. The trails dedicated in the cross country style only in Dolomites Super ski zone cover more than 1150 km/715 mi. The resort is as well, children-friendly with dedicated spaces to the next skier’s generation.

Last but not least, Cortina d’ Ampezzo is the birthplace of the first ski & snowboard school in Italy since 1933, recognized by the Italian Federation of winter sports (F.I.S.I).  During weekends, Cortina is overcrowded but still remains a great ski destination! 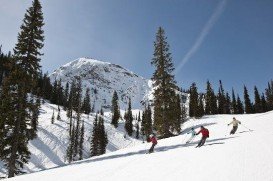 Fernie Alpine is a well-known ski resort, situated on Lizard Range near the town of Fernie, British Columbia, Canada. Thanks to its amazing snow conditions, the resort is rated as one of the top 5 resorts in Canada. In order to satisfy your curiosity, visit this place and enjoy yourself in all fields. 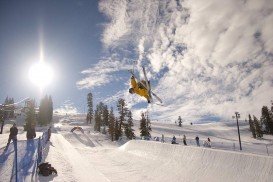 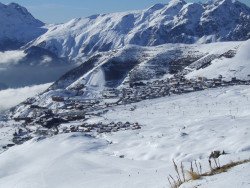 The Alpe d’Huez ski resort, in Isère Department at the Rhône-Alpes region, in southeast France, lies in the Oisans Alpes of the Central French Alps. The Resort is well known as home to many snow competitions and for the prestigious ''Tour de France'' cycle Tourneau. 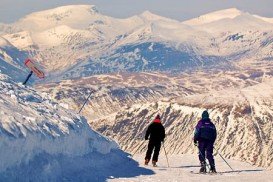 Glencoe is a small village in the Highlands of Scotland, situated in the heart of a glen. The spot offers many facilities to its visitors, who would like to combine leisure with mountain activities. Glencoe mountain resort, the oldest one in the country, is a ''must visit'' in the surrounding area, especially for those who love snow-sports. 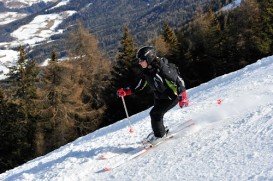 In Trentino-Alto Adige, in the north part of Italy, skiing is the main leisure activity for both locals and visitors. 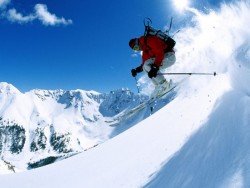 Massif du Sud is a well-known ski mountain spot, at about 90 km/55 mi southeast of Quebec City, Canada. The spot represents part of the same name park, Park du Massif du Sud. It is widely known that if you visit this place, you will definitely enjoy yourself in all fields. 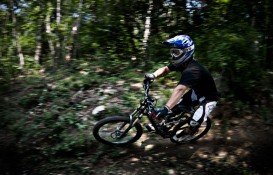 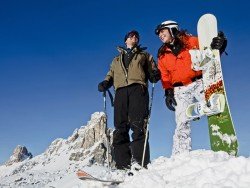 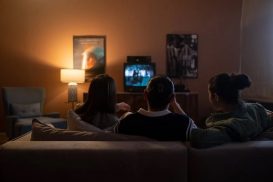 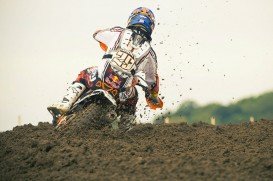