I have been climbing since birth. I went on my first climbing trip when I was 6 months old to Rifle, Colorado. I’m sure most of my time was spent eating dirt rather than climbing. I lived in Louisiana until I was nine where unfortunately there was no outdoor rock climbing, so I spent most of my time in the gym.

I moved to Tomball, Texas when I was nine where there was still no outdoor rock climbing, but my family helped open a gym, Stone Moves, which is one of my favorites in the country.

Now I live in Boulder, Colorado where I am going to school at CU Boulder. The outdoor climbing situation has improved as well. There is a surprising amount of rock here in Colorado.

I have also competed in a lot of competitions. My first competition was when I was five years old and I have competed every year since. When I was nine I went to my first nationals and made it through to finals. Ever since then I have made finals every year. 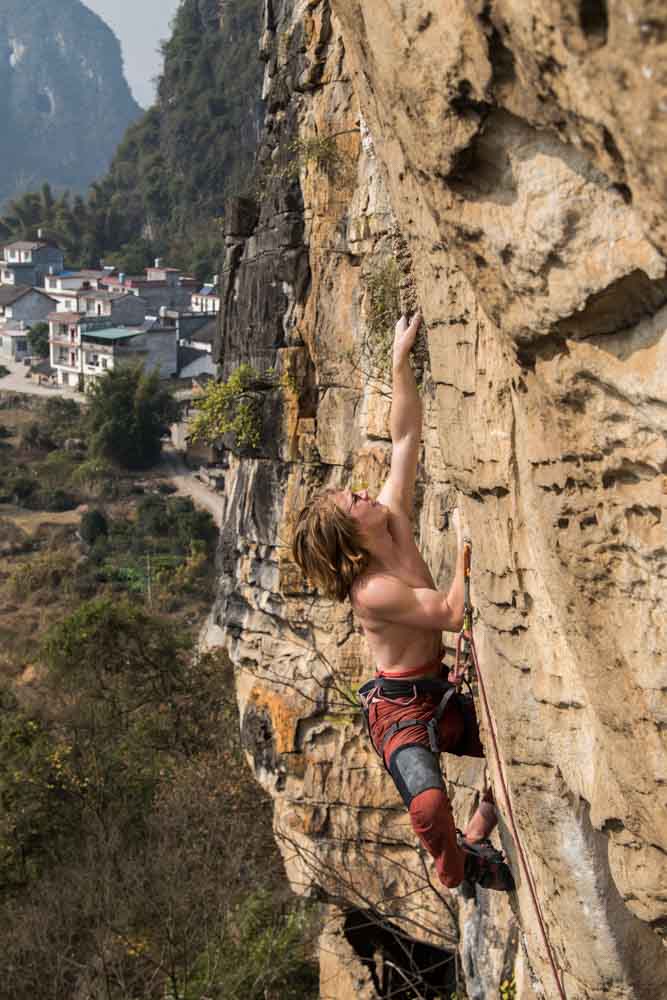 My favorite place to climb in the US is in the southeast. Everything based around Chattanooga, Tennessee. The quality of the sandstone is amazing there. I have been climbing in the southeast for most of my life which might be part of the reason I think it is the best.

My current goal is to send Black Lung (V13) in Joe’s Valley. I almost did this climb last year, but did not quite finish it off. My longer term goals are to boulder V15 and climb 5.15. 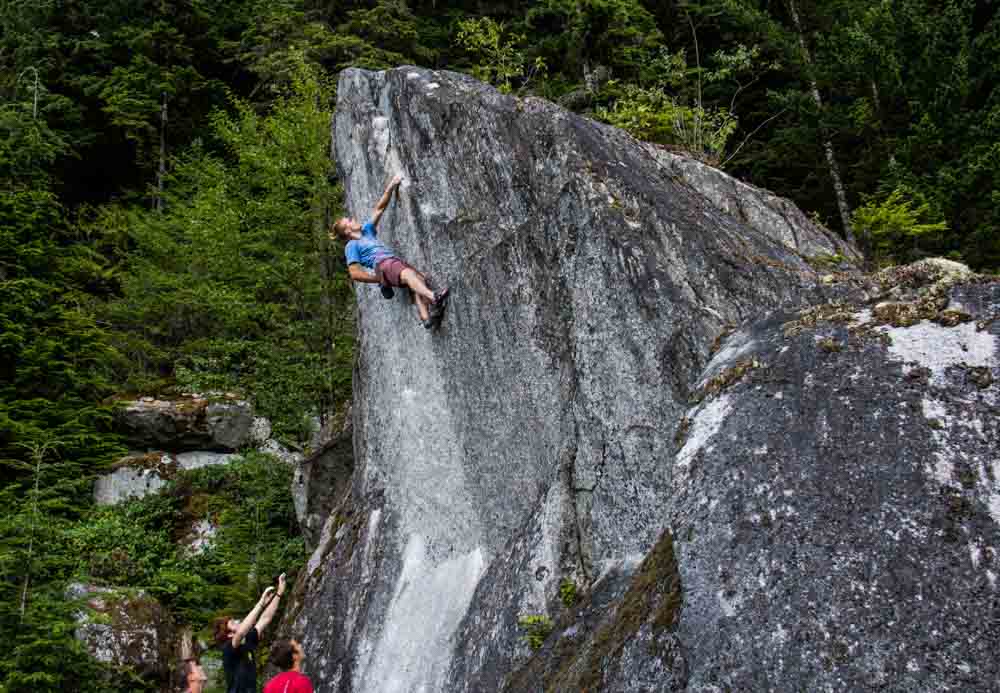 I won Youth ABS nationals in 2007 and 2012 which I am proud of, but I’m even more proud of my accomplishments outside. My proudest bouldering sends are The Shield (V12) in Little Rock City and my day send of Wet Dream (V12) in Red Rocks. My proudest sport send is The Crew (5.14c) in Rifle. 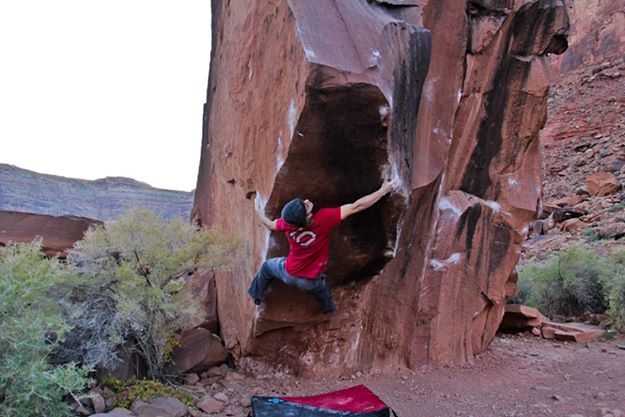 The physical difficulty is the most straight forward challenge. Climbing is hard and requires a great deal of physical strength. There is also a huge mental aspect. Being able to figure out the best way up a boulder problem is very difficult. Sometimes you need to get creative and come up with something crazy. 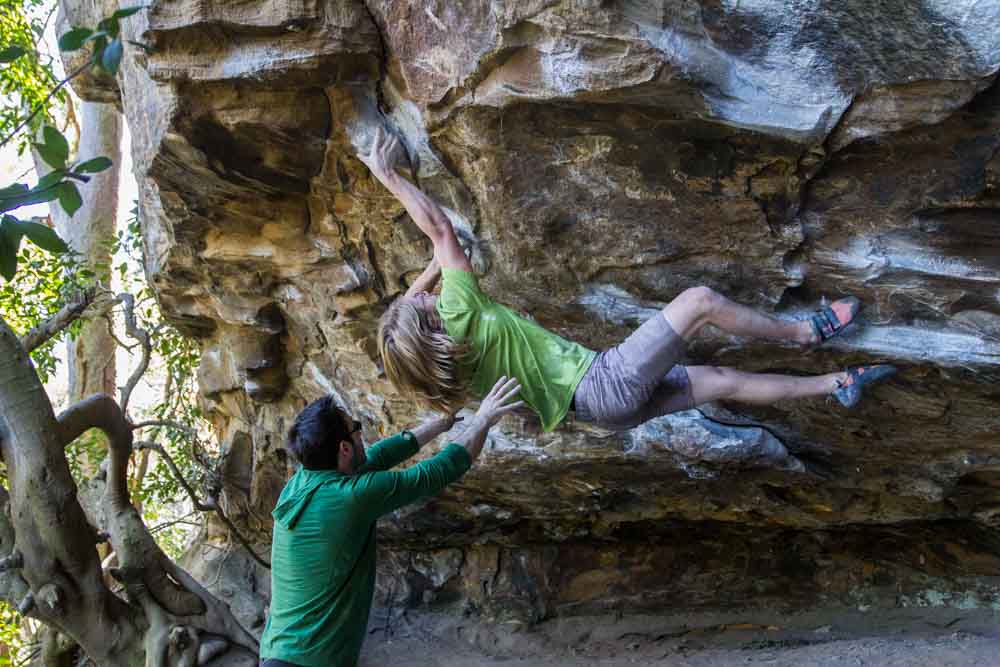 Also being able to stay psyched and not get too frustrated during failure can be challenging. Trying to send something hard will involve a lot of flailing. You have to learn to love to flail.

I really like getting on a new problem or route for the first time and figuring out beta. I think one of the best things about climbing is the little puzzle of figuring out the beta for every climb you get on. Every climb is different and it is fun solving the problem. 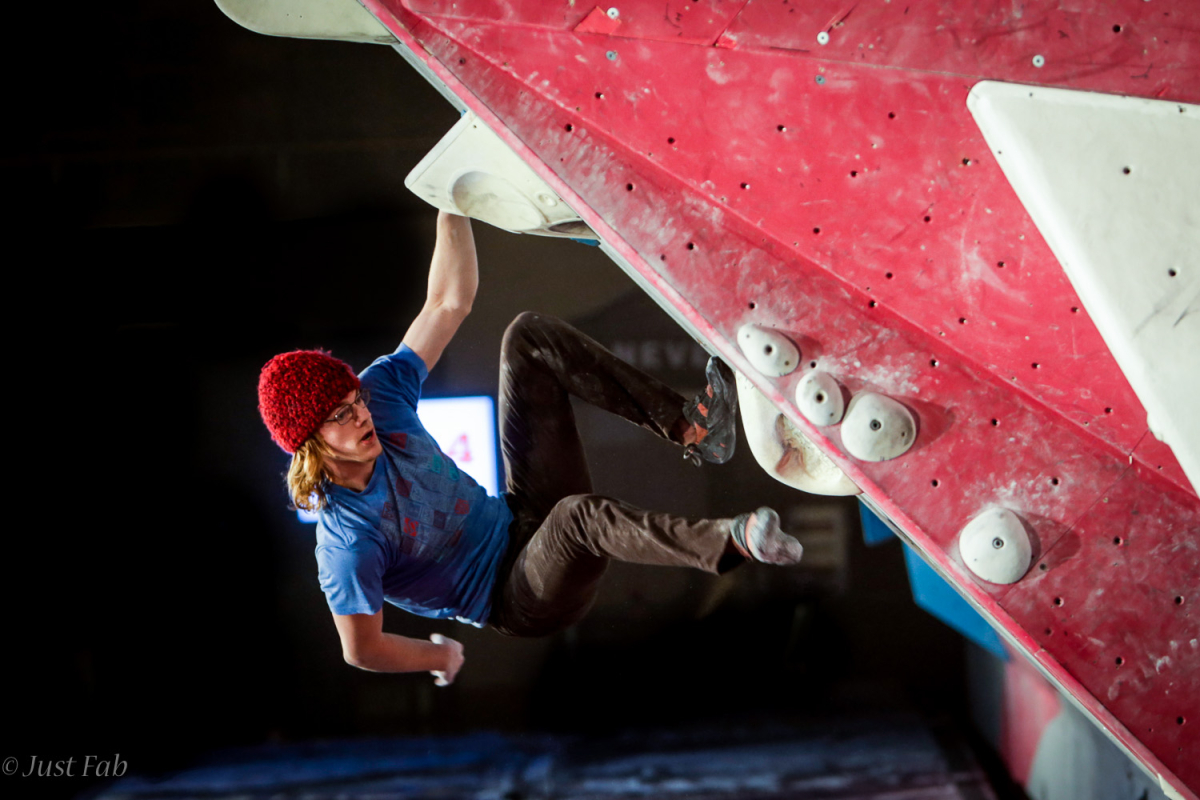 I find it important to be able to clear my head when I am on the wall. When I am pumped or scared I try to take a deep breath and relax. Getting panicked when pumped will not help with anything.

Most of my training just involves a lot of climbing. I do not do any formal training often. Mostly I go into the gym and climb. I think this helps me be more dynamic. I can figure things out pretty well on the fly. 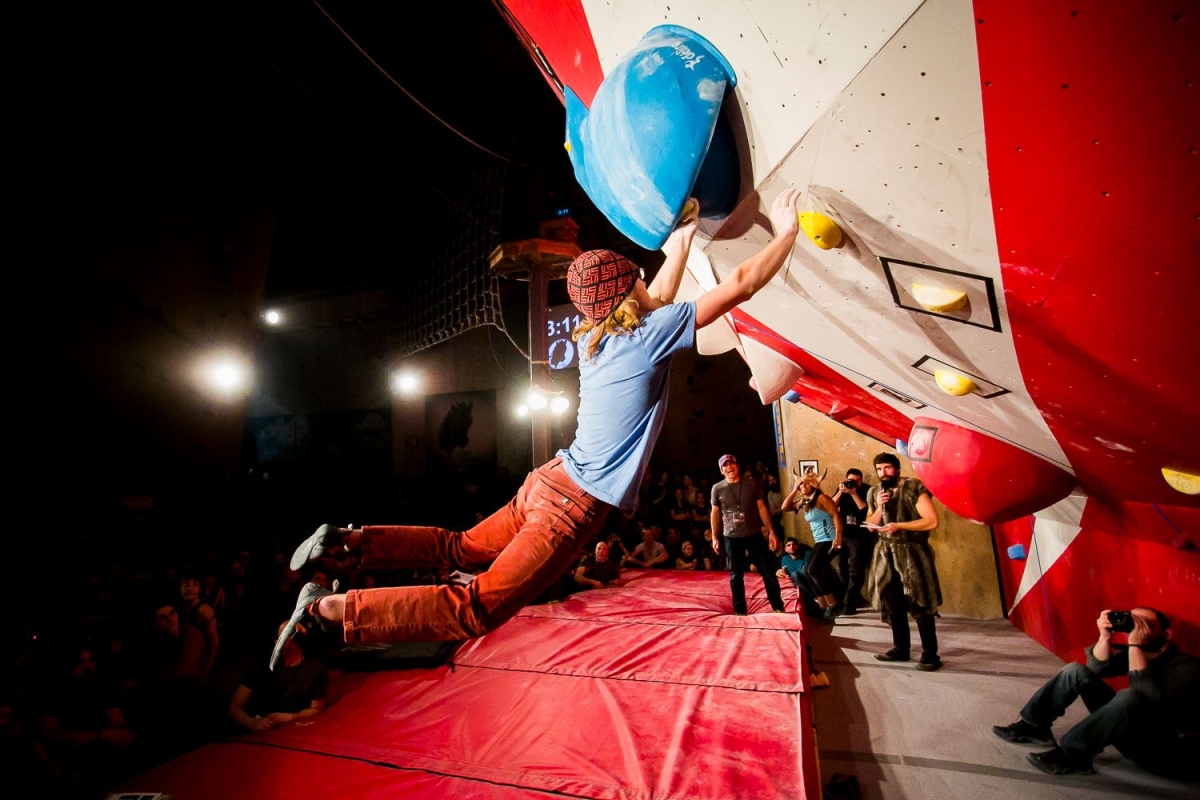 I generally do not get too nervous during competitions. I have been competing since I was five years old, so by now I do not think about it much. I am most nervous right before I go out and climb though. When I am at all nervous I feel more tense. I cannot relax on the wall very well which usually makes me pumped faster. 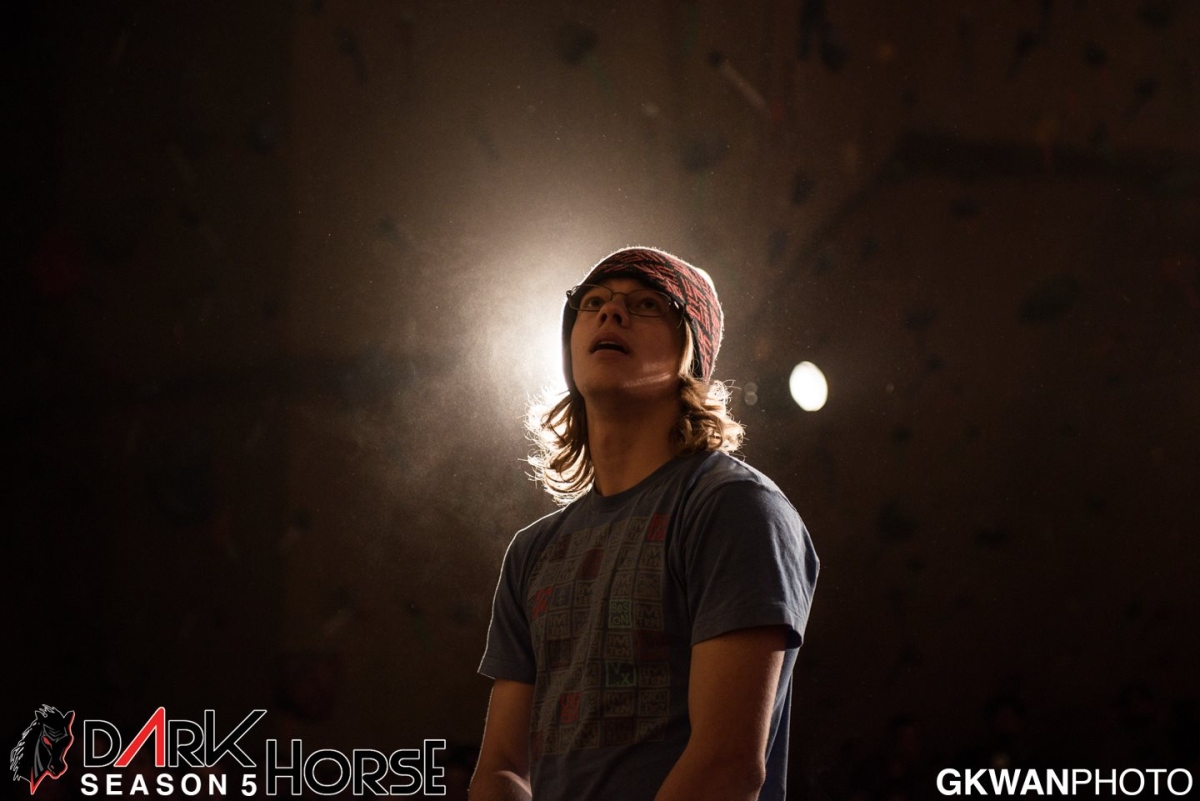 I would not say I have any fans, so I will go with my girlfriend, Tiffany Murphy. After all she is dating me.

John Muse told me that “girls are crazy”. 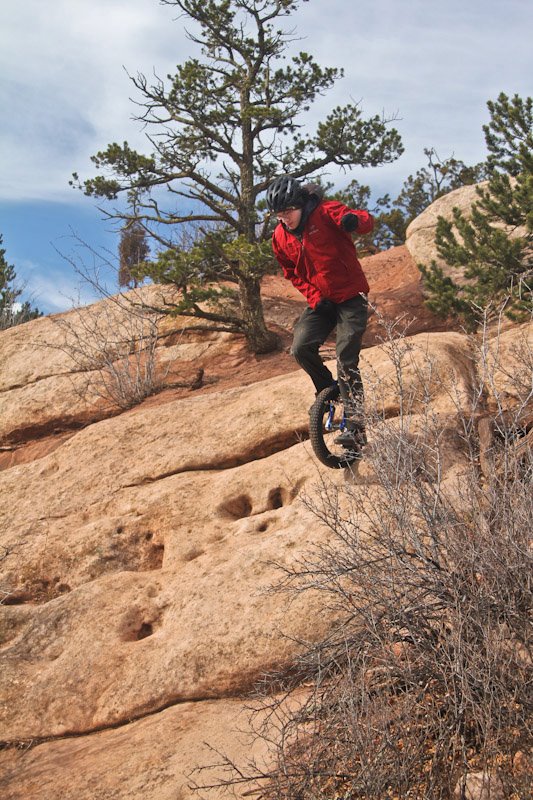 I want to get my masters while I am in school, then take a bunch of time off and climb around the world. Before I have to do any real work I would like to travel and climb as much as possible.

Just go out and climb. I would not worry about any formal training. The most important thing is to climb and have fun. Develop a base and keep those tendons strong. 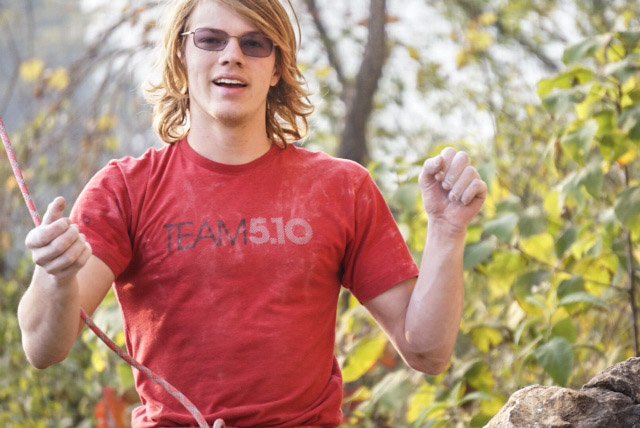