Type:
Indoor and Outdoor
Size indoor / outdoor:
900 m²/9688 ft² / 300 m²/3229 ft²
Routes indoor / outdoor:
120 / 30
Level of difficulty:
7b - 6a / most difficult <7c
Maximum height:
20 m / 65.7 ft
The Hague is situated in the South Holland province where is the capital, lying in the southwest corner of the bigger Randstad conurbation at the west of the country and is the center of the Haaglanden conurbation. The urban area of The Hague, combined with the urban area of Rotterdam, makes it the 206th bigger urban area in the world. The Hague is known as the city where the International Criminal Court, the Dutch parliament, government institutions and the council of state are based. It is not the capital of the Netherlands though. That title belongs to Amsterdam.

The Hague is not only a political center but also an indoor climbing center. In the late 80’s, the first climbing center walls arose in the Netherlands. The first real climbing wall opened its doors in Haarlem in 1992. Then, the idea of the climbing walls was a little bit strange and there were a lot of explaining of what this is and what its purpose is for.

But times have changed and almost every teenager and adult, even kids, in Netherlands has ever been to a climbing wall alone, in groups or on children’s party.  In the Hague, there are two branches of the same climbing section which makes indoor wall climbing very popular among its residents.

The fact that the one branch is right against the Hollands Spoor train station makes the spot even more popular due to its accessibility. The environment is cozy and safe and if you have no idea how to climb, there are qualified instructors that will help you through your first upwards steps. 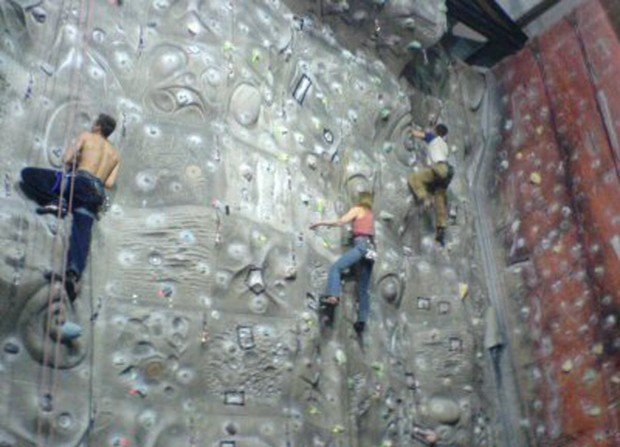 In general, the difficulty lever ranges between 5b to 6a while the most difficult routes don’t exceed 7c. The walls range from side walls to spectacular roofs and overhangs to a height of 20 m / 65.7 ft. If you are an indoor climbing fan, you will definitely appreciate this facility. 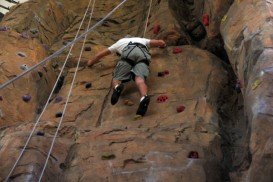 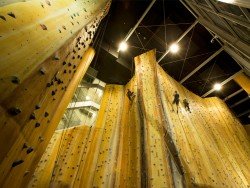 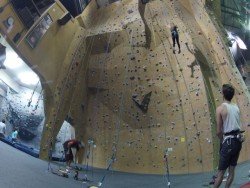 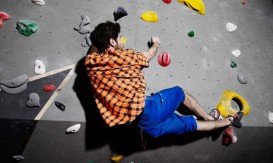 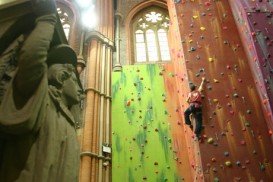