Born in 1976, in Germany, Tony Frey moved to Greece with her family at a very early age and was raised there. Her brother’s interest in windsurfing, introduces the sport to her life in 1991 at the age of 15.

Three years later, in 1994, she meets Robby Naish, who urges her to dedicate herself to windsurfing.  Following his advice, Tony decides to get professionally engaged in windsurfing. Only a year later, in 1995, her very first participation in an official racing event in Sylt, Germany makes it a reality.

In 2000 her efforts culminating to a crowning moment: placing first at both the Wave World Championship in Portugal and at the World Cup (PWA) in the Freestyle category, bring Tony on top of the world and give her international recognition. 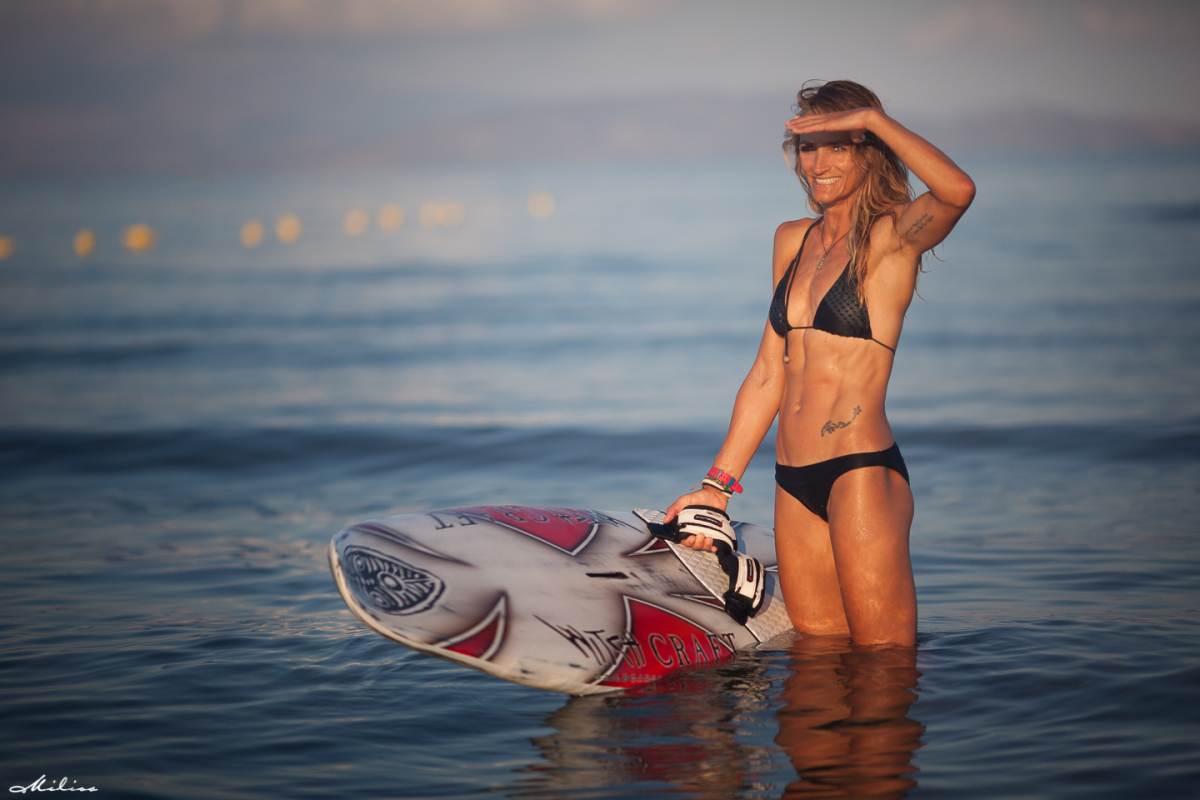 The year 2001 is crucial for Tony’s career as, despite her successful participation in a plethora of races, she feels that her motivation for this specific racing category is no longer as strong as it used to. Later that year, and with the prospect of Athens hosting the 2004 Olympic Games, Tony makes the decision to switch to the Mistral One Design Class. After two years of hard work in the specific Olympic class, in 2003, Tony qualifies for the Athens Olympics.

The Olympic experience of “ATHENS 2004” fills Tony with unique sentiments, and along with a sense of personal growth as an athlete, she places 16th, ranking among renowned, world-class athletes. It also inspires her next big goal: qualifying for the Olympic games “BEIJING 2008.”

The next few years entail rigorous training and great achievements, with 2006 as the milestone year of her career, since Tony placed 3rd at the European Championship in Turkey and thus, elevating her overall world ranking and placing Tony amongst the top female athletes of the world.

In 2007 Tony qualifies for the “BEIJING 2008” Olympic Games and after finishing in 15th place, she announces another important decision: the end of participation in championships and the beginning of a new chapter, a chapter dedicated to passing on her love of the board to anyone who was interested.

Tony has been devoted to sharing the knowledge and experienced she gained throughout her journey in the world of windsurfing. As she says, “this process is a brand new challenge for me: each person is totally different from the next, because the needs that define him are different as well. Trying to put those needs in order by utilizing my knowledge of windsurfing is a new challenge I present to myself. It turns out that Robbie Naish was right: windsurfing led me to the most interesting life that I could have possibly chosen. Thank you Robbie!”

Unfortunately I had to stop in 2008 with Racing Olympic class Windsurfing. If I could have supporters again (sponsors or the Federation), for sure I would be still in… 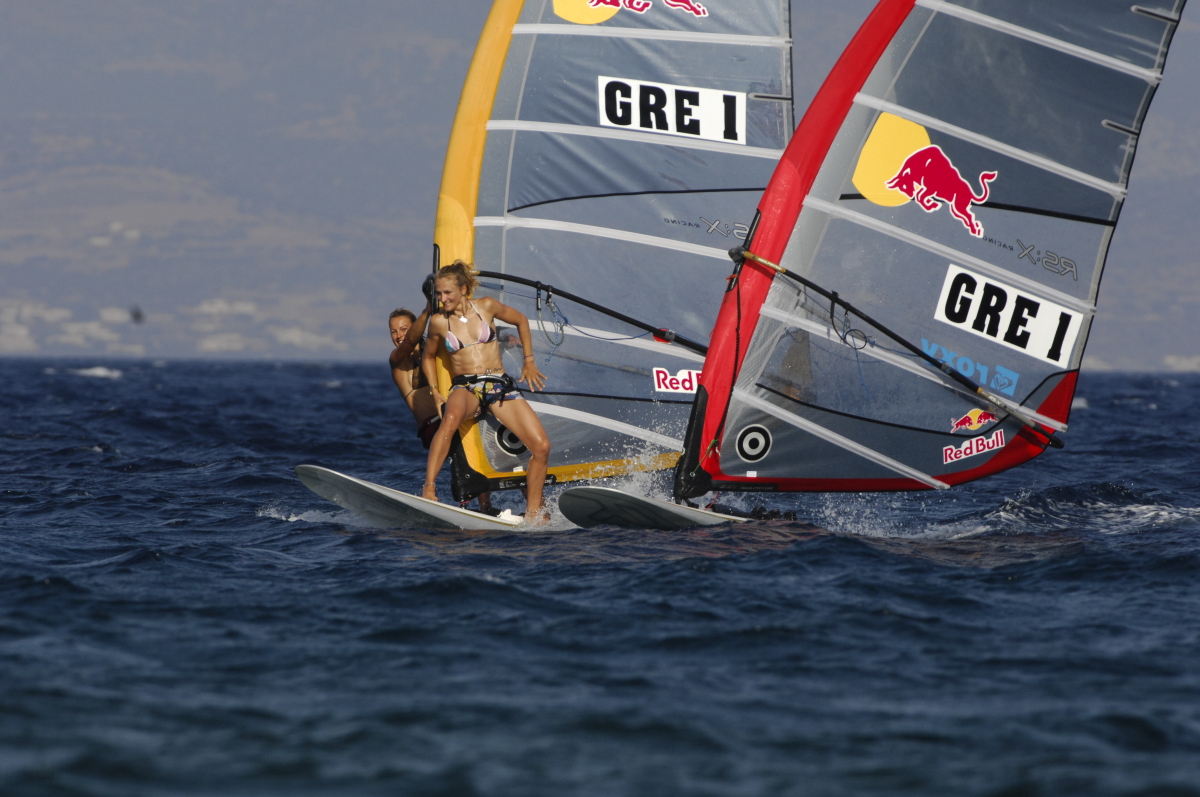 I have many … and they never stop!

Wrong people in wrong places! Let’s start from there. In Greece it’s not possible to have anyone to train you in high level Windsurfing. Trainers with high level experience in Racing and Coaching exist only outside of Greece, and they are very expensive. 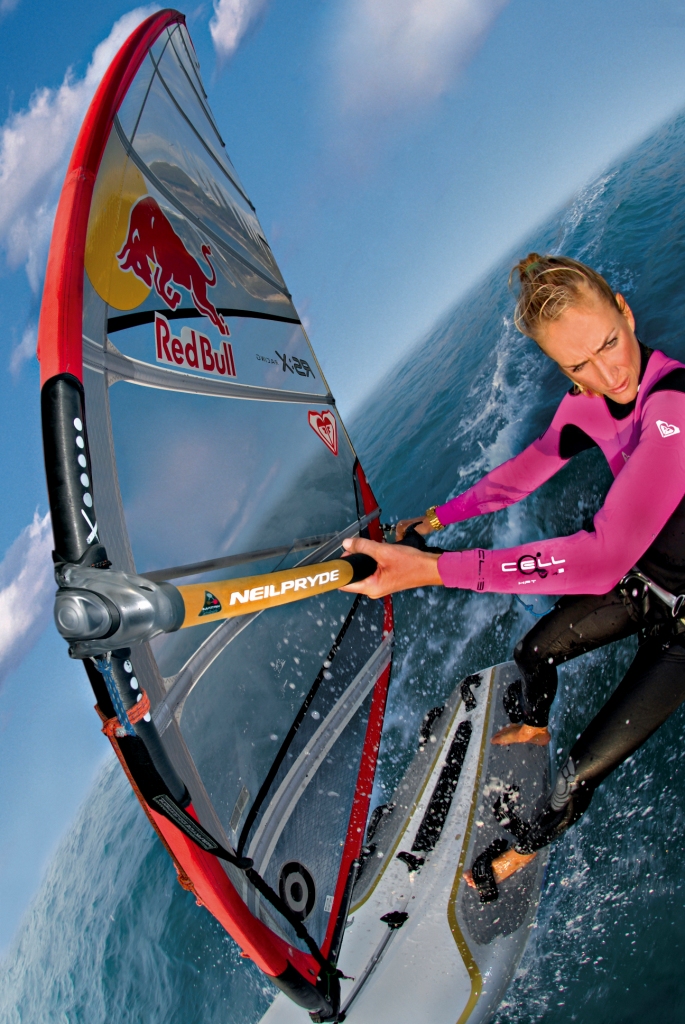 When I feel one with the waves and the sea, when I control, and when I switch off everything around me… This is satisfaction.

I was training a lot at home in Athens with men, or travelling to other countries for training with other girls, who were in similar level or better. 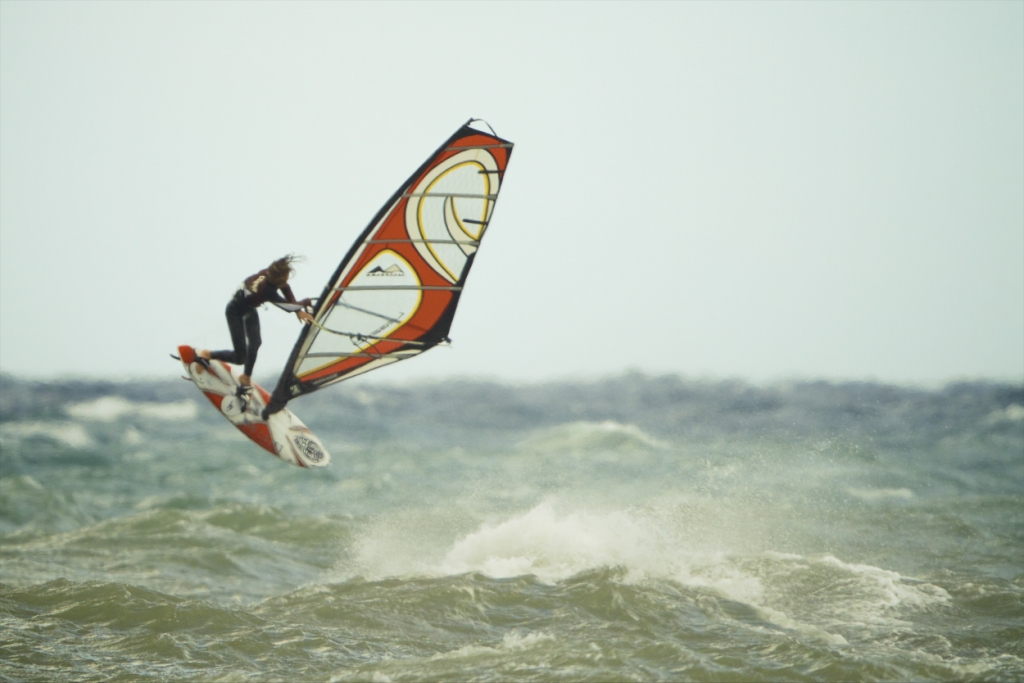 I was eating a lot, sleeping well, analyzing my training with trainers, of course each time 3-4 months had to pass, so we could find out how training was working in the races. Each athlete has his own needs, so we had to find mine.

I can’t say I was nervous about something, I just wanted to go well in the races, because training was really a hard work. So of course I was expecting good results. 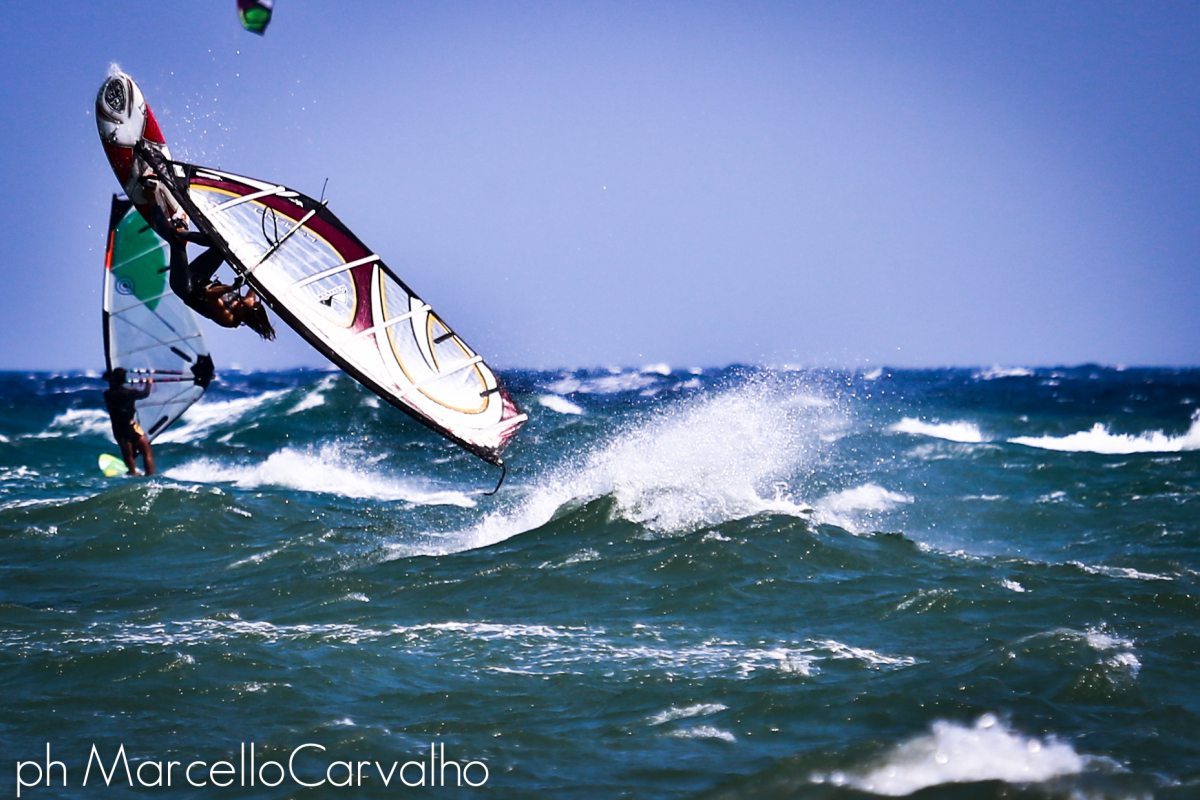 My father, because he is the only one who could feel me, without being with me!

When I was 18 I asked for advice a big star of windsurfing if I should follow the windsurfing world, and he said: of course go for it, it’s the best life ever!!! 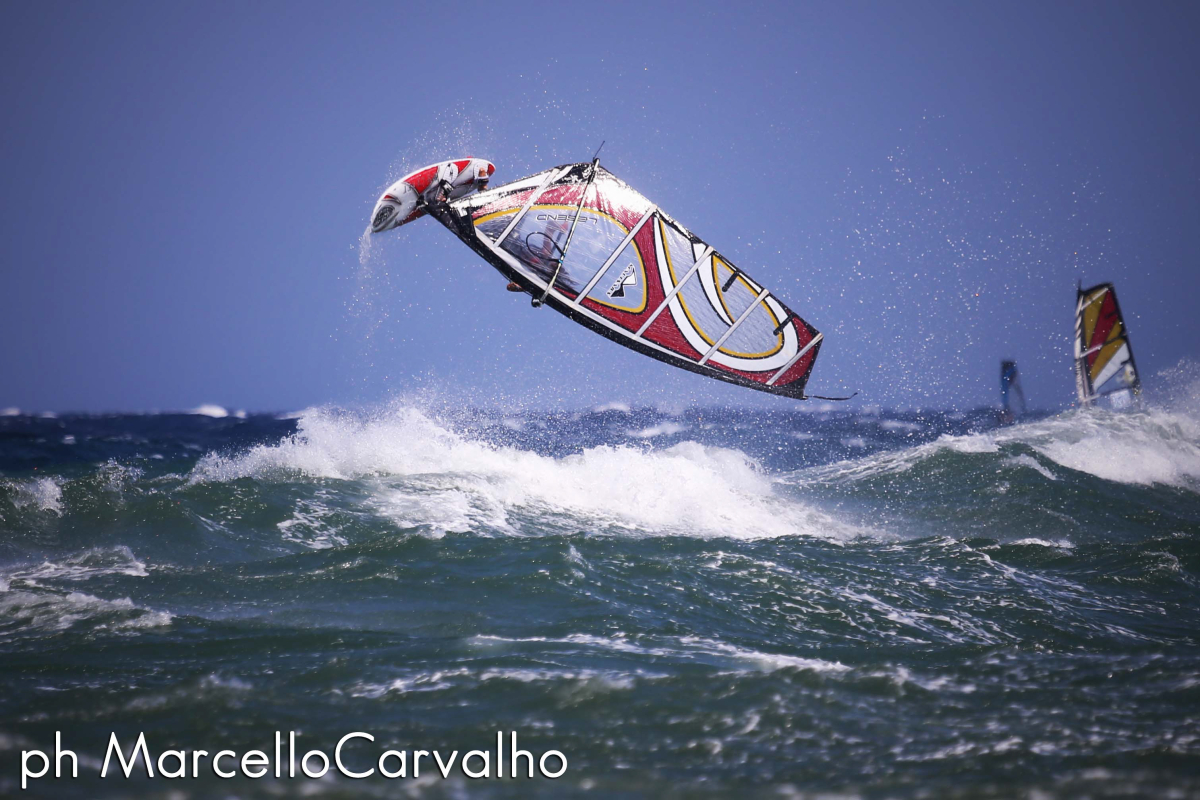 Give my knowledge of windsurfing to as many people as possible, this sport changes lives…. And people.

Stay as long as possible on the board, for faster progress
Every level has its beauty 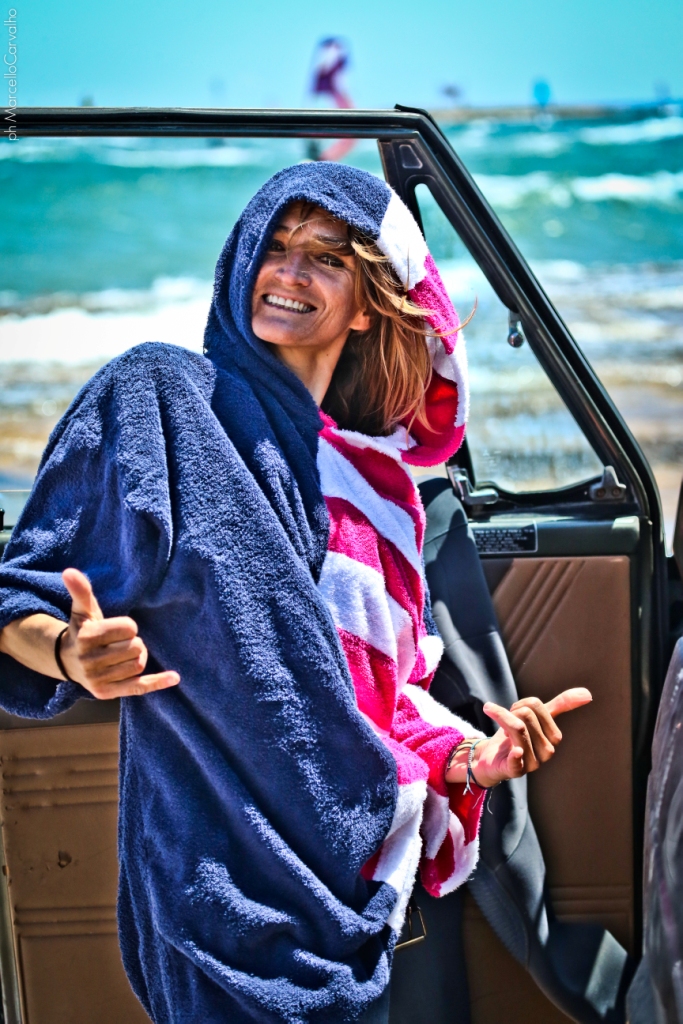 For every problem you’re dealing in the water, the solution exists!
Find someone you trust to help you progress faster
If you get into this sport, your life will not be the same anymore….