Thomas KOUSioris, GRE78 was born in Athens in 1978. In the last year of high school, he started getting involved with windsurfing but only during the summer time. You could notice someone falling all the time. He was up and down all the time trying to learn the balance and how to get planning at his local spot Alepochori.

He was lucky though because Greece’s most famous and recognized Gymnastics academy writer and Professor Mr. John Satratzemis happened to be watching him, having his own countryside house near the beach at Alepochori. Mr. John Satratzemis had already been windsurfing and offered plenty of help to him during his early progress in the windsurfing arena.

After finishing high school, he decided to go study in the University of London in order to become Electrical & Electronic Engineer. Being in the centre of London was a hard task for planning and going to the sea for windsurfing. So once he got the BSc degree, he continued to complete his studies in the University of Strathclyde in Glasgow.

As he had more spare time there, he organized the university windsurfing club and when it was windy, he started training himself together with Local Scottish windsurfers (Martin and Big Dave) down to Barassie and Troon beach. He traveled all around Scotland and sailed in the North Sea (east), Irish Sea (west) and the Atlantic Ocean. Since then, he started being totally addicted to windsurfing. His level went from down the bottom up to a really good standard.

In 2003, after finishing the army in Greece, he worked in Mercedes-Benz for one year. He formed a repair and truck seller business in 2004 and runs his own business KOUSgroup regarding Mercedes-Benz trucks ever since. 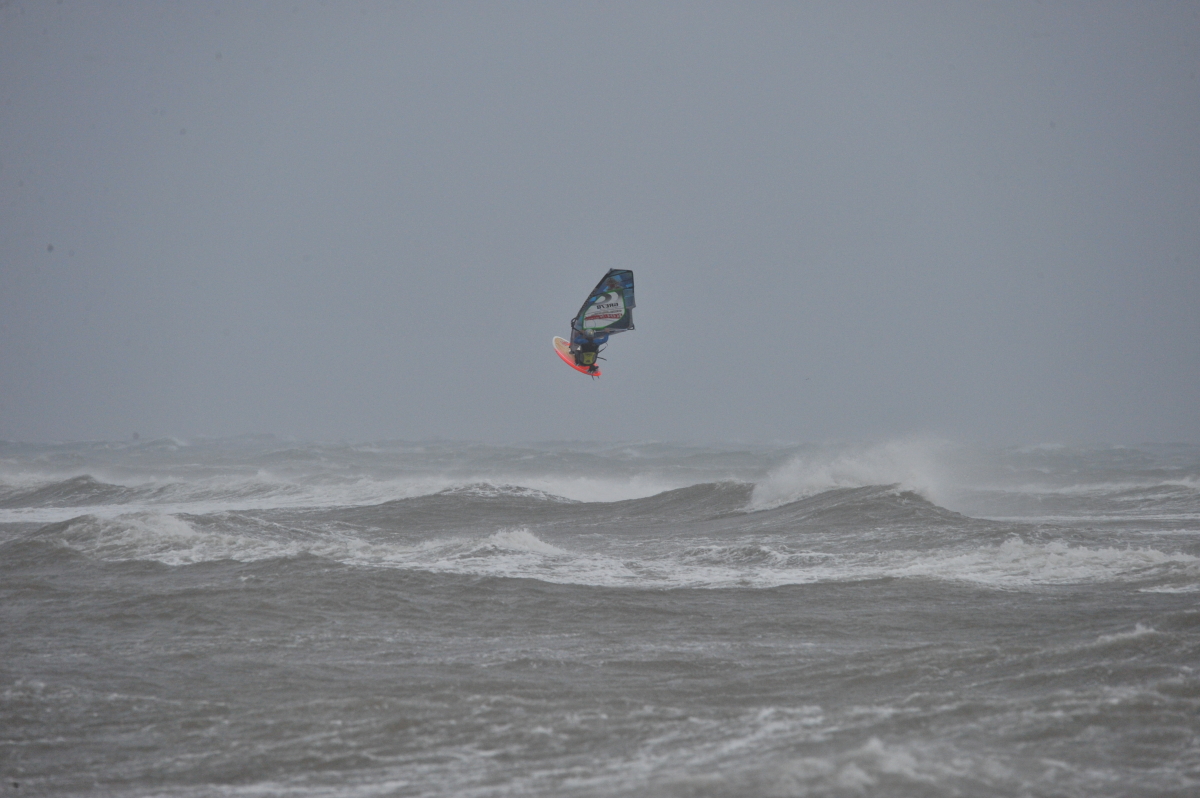 Being able to windsurf until I close my eyes…

You need to make a lot of sacrifices in a lot of areas. You have to eat healthy, train a lot, motivate yourself for the big days, and say “no” to late night partying. But it definitely worths the sacrifices. Mother nature gives it all back to you. 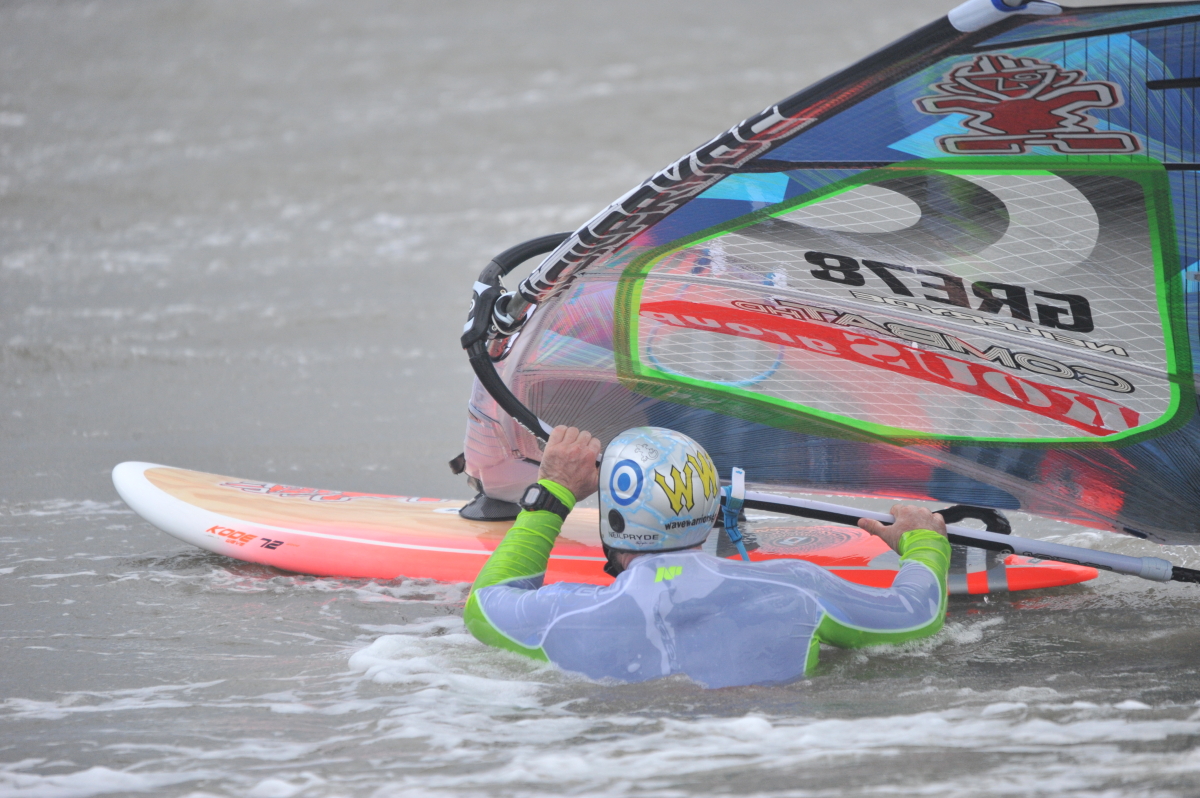 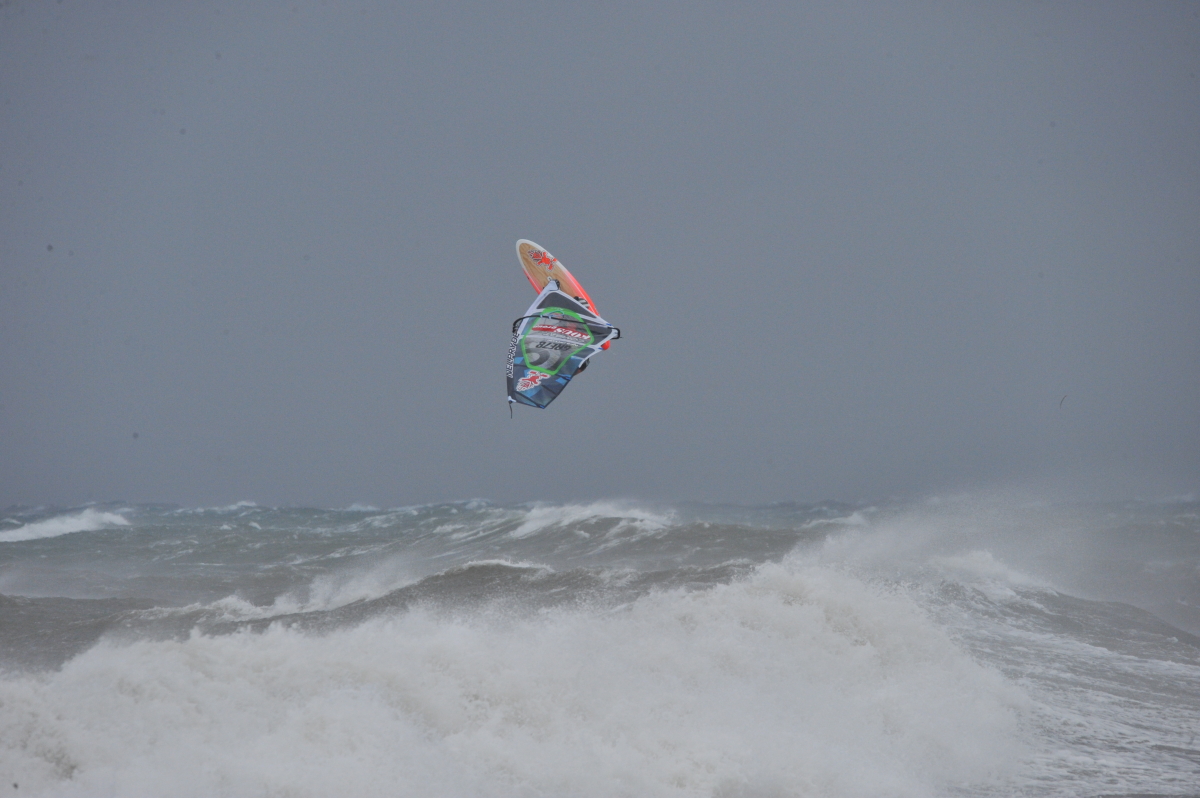 Most of the times in Raphina next to the port, cause it’s one of the most difficult places to sail and can get crazy surf conditions…so when I sail somewhere else, it is very easy for me…

I am following a non-stop training schedule all year long. I train myself in the gym, doing SUP, biking, swimming and keep myself moving… 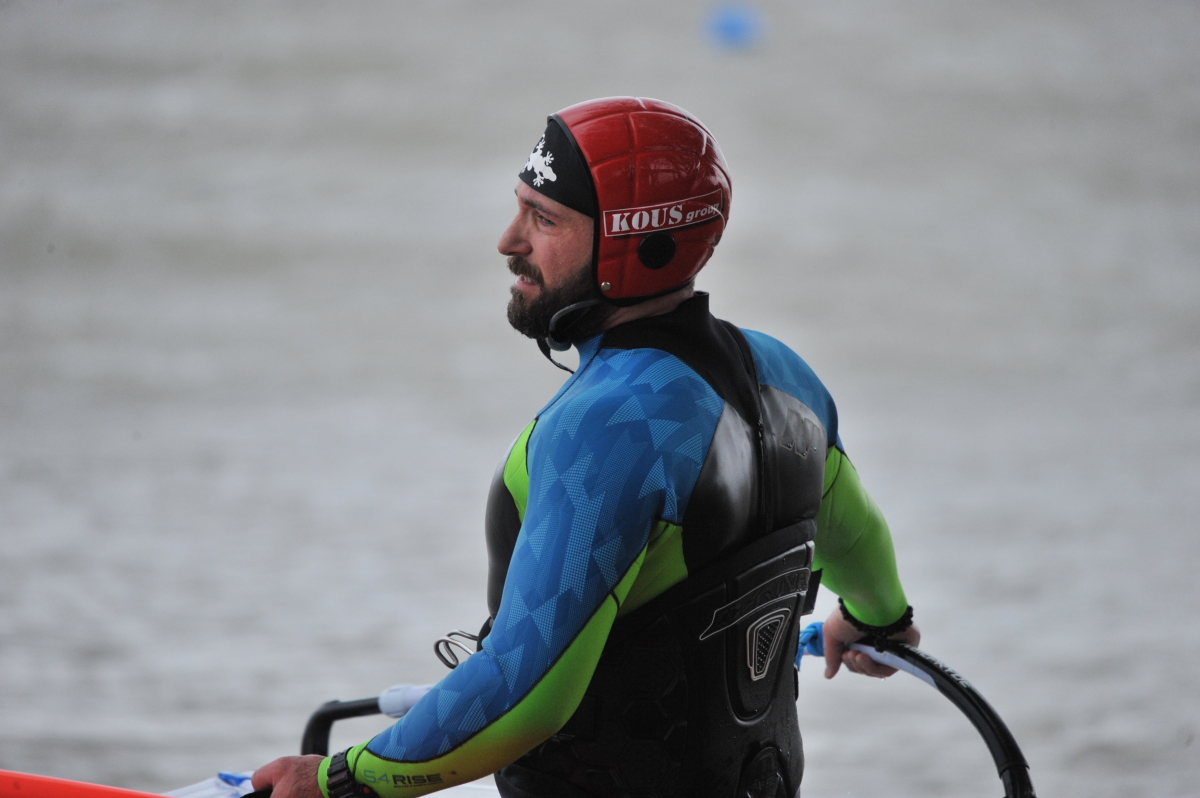 I am not nervous at all. I know who are my main competitors and I have confidence that I can perform better than them given my conditions…force 8 and 1,5 meter waves… 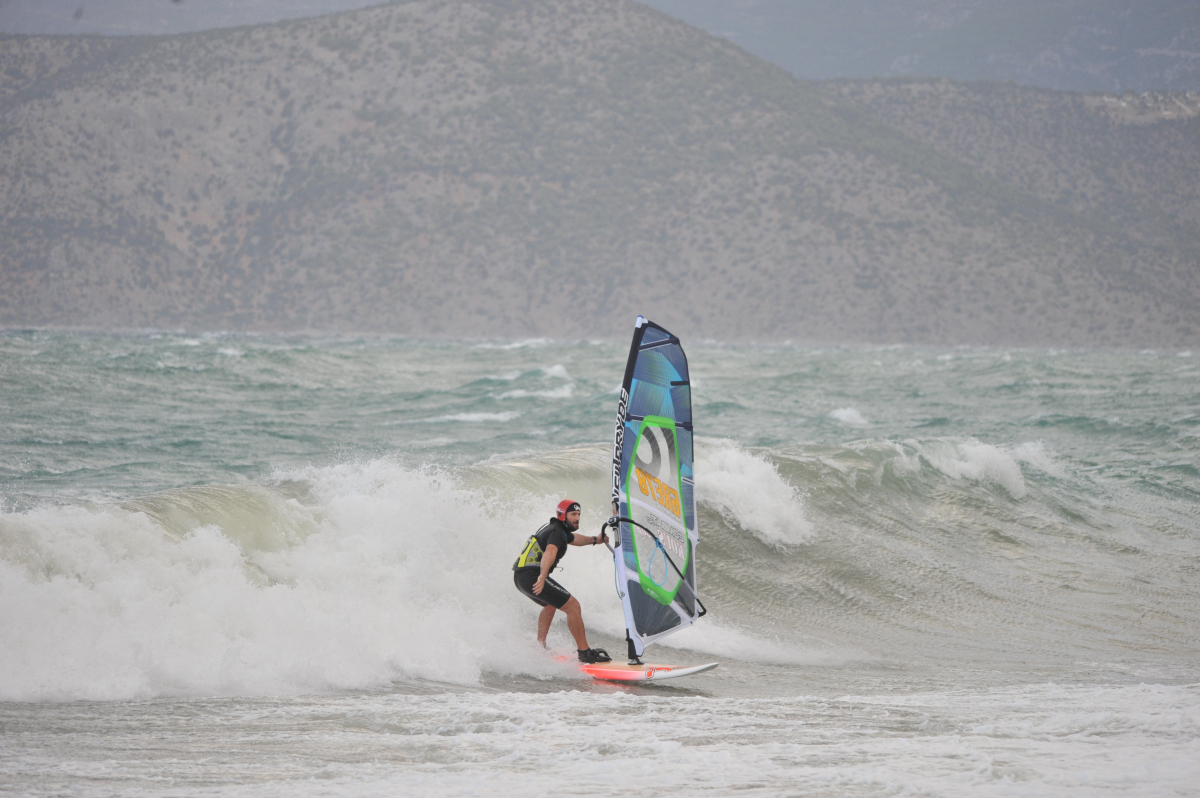 My family…cause they support me all the time… 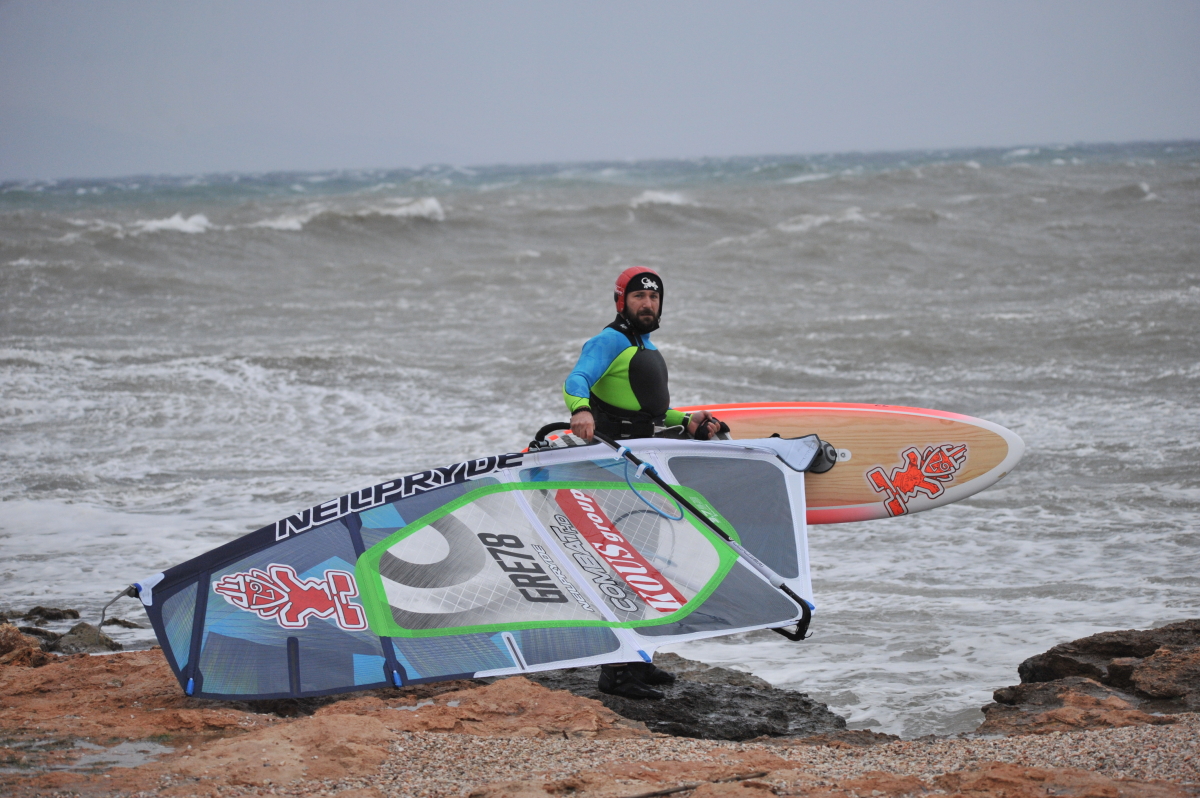 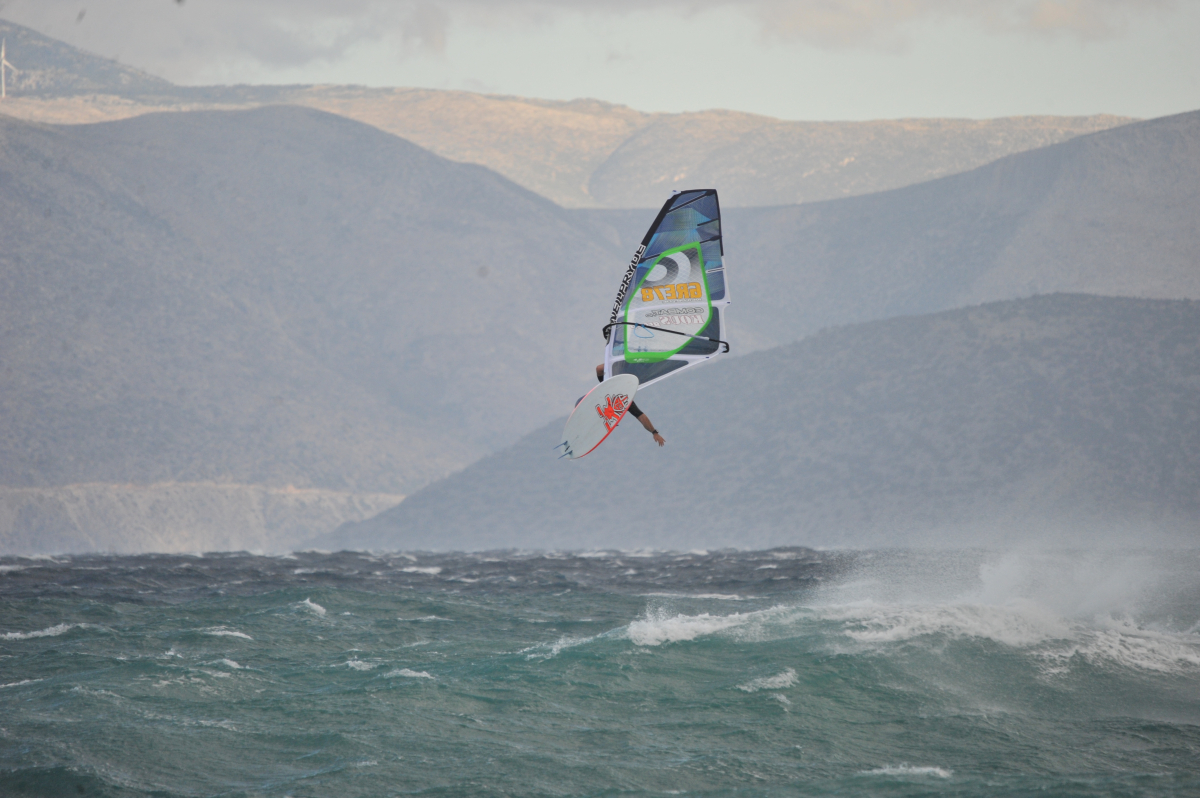 Having fun on the water…and support my family…

Train in the gym, eat healthy and windsurf when conditions are suitable… 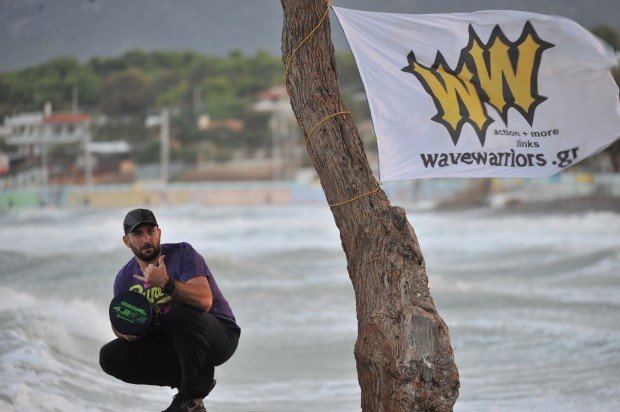