I would much rather be modest, miss out a few of my achievments and so on and ask a friend to say a few words about me. I hope other than being called Enthusiastic, Energetic and Loud, that his words will suffice better than my own to let you know how others see me.

“From an early age Scott stood out. He stood out for reasons people didn’t want to stand out back then. He tried hard at the things he cared about, he dedicated time and effort at being the best he could, all while taking the criticisms of others in his stride. Trying hard was never cool while growing up.

Scott took a sidewards step in bmx and while still maintaining his high level of riding, began getting involved with communities to help provide better facilities for the people around him. His passion for his sport meant he not only pushed himself to the limits but enjoyed helping others reach theirs too. My early memories of Scott were very judgmental, on my behalf, but over time he has become my closest friend. Once you get to know Scott, it is clear he will do as much as he can to ensure the best outcome is reached. Having set the bar so high for himself, he wants the people around him up there with him. 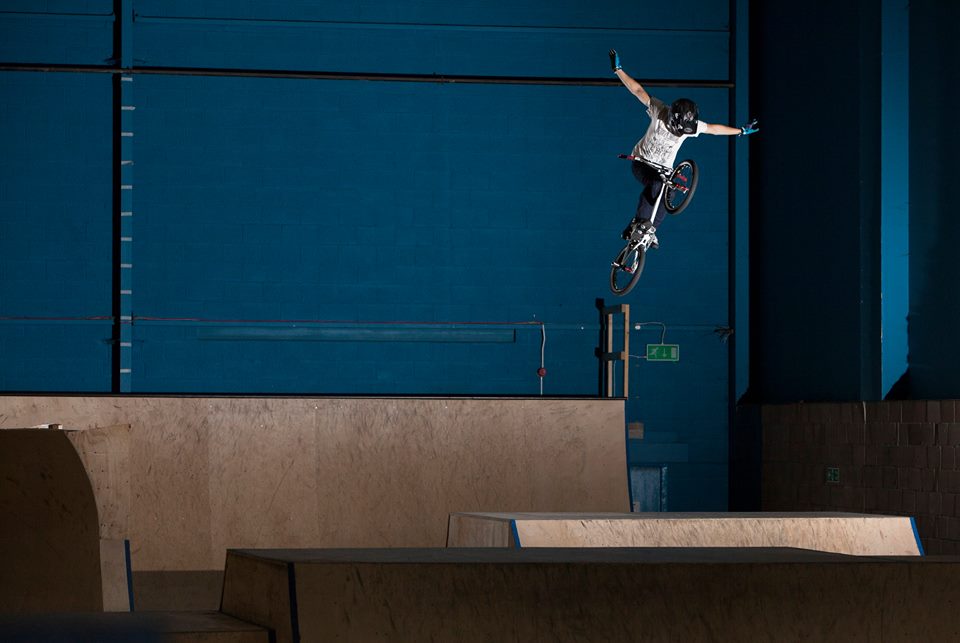 He can be blunt in his advice but would never just be critical, always proving the tools he thinks you need to get the problem solved. He has no limits, he is always pressing to further himself and make sure he is constantly moving forwards and so far with his positive mental attitude, every obstacle he has faced, he has overcome.”

My goal is to be remembered as a good showman, to earn a living inspiring and helping people have a good time. Whether that is putting on an event for the local town or just a BBQ or even doing a stunt show for events, I am all about surrounding myself with smiles. 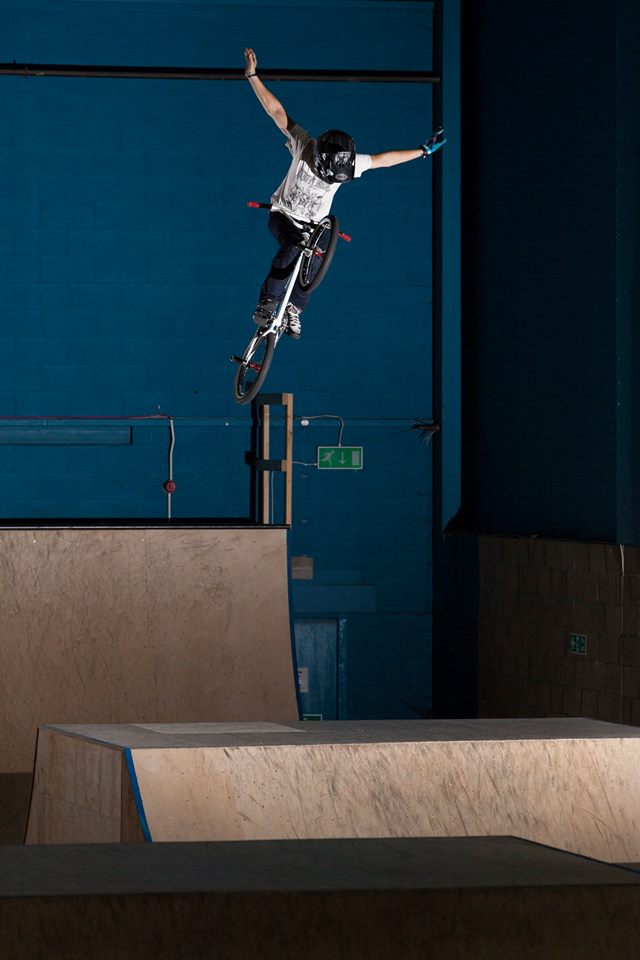 My greatest achievement, probably being able to ride my bike with my friends, and having the experience of life that I have had so far.

We obviously have to work alongside, overcome or lastly deal with accepting injuries. Some maybe small and some could potential be fatal. The truth is everything in this world is going to hurt you in one way or another, so if you can choose it to be something you love, you won’t suffer at all. 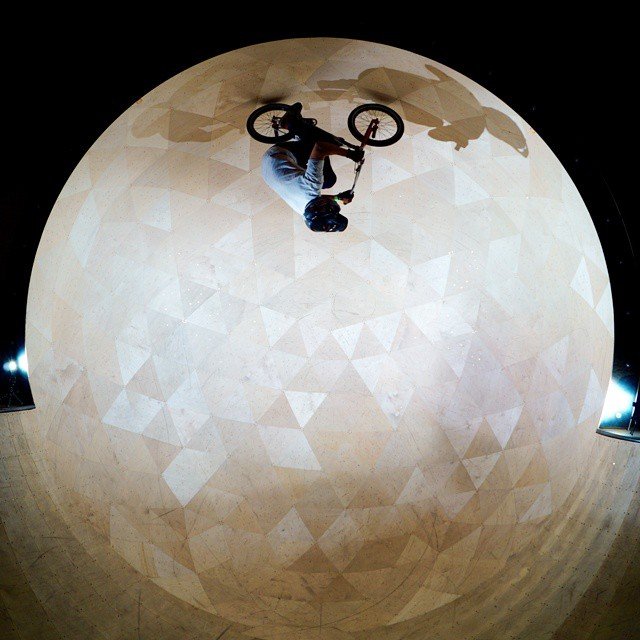 Bicycle Motocross also has a lot of new guys that think they are more important than doctors….We need that to stop haha.

Hearing good feedback or when someone clearly enjoys what you are doing. It’s always given me a deep satisfaction I can never really pin point on.

I wouldn’t call it practice, I will ride my bike wherever I know I will have the most fun or I have the most memories. So usually Cardiff City’s Rampworld skatepark. Such a great atmosphere there that the worst case scenario is that you have a great session on your own. Usually you are laughing with the locals. 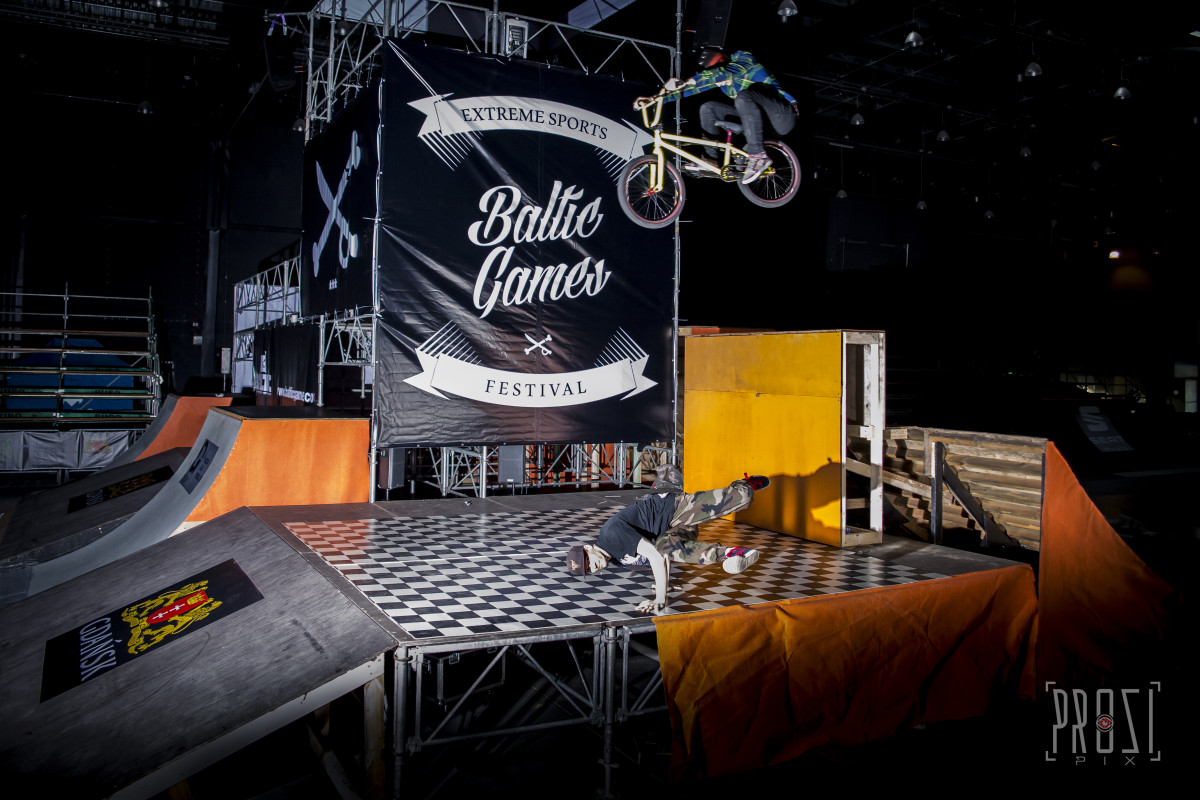 Having fun and not being afraid to fall off in-front of people.

I’m nervous about my nervousness affecting my riding before it’s my time to ride. Other than that, who knows why our bodies go crazy right? 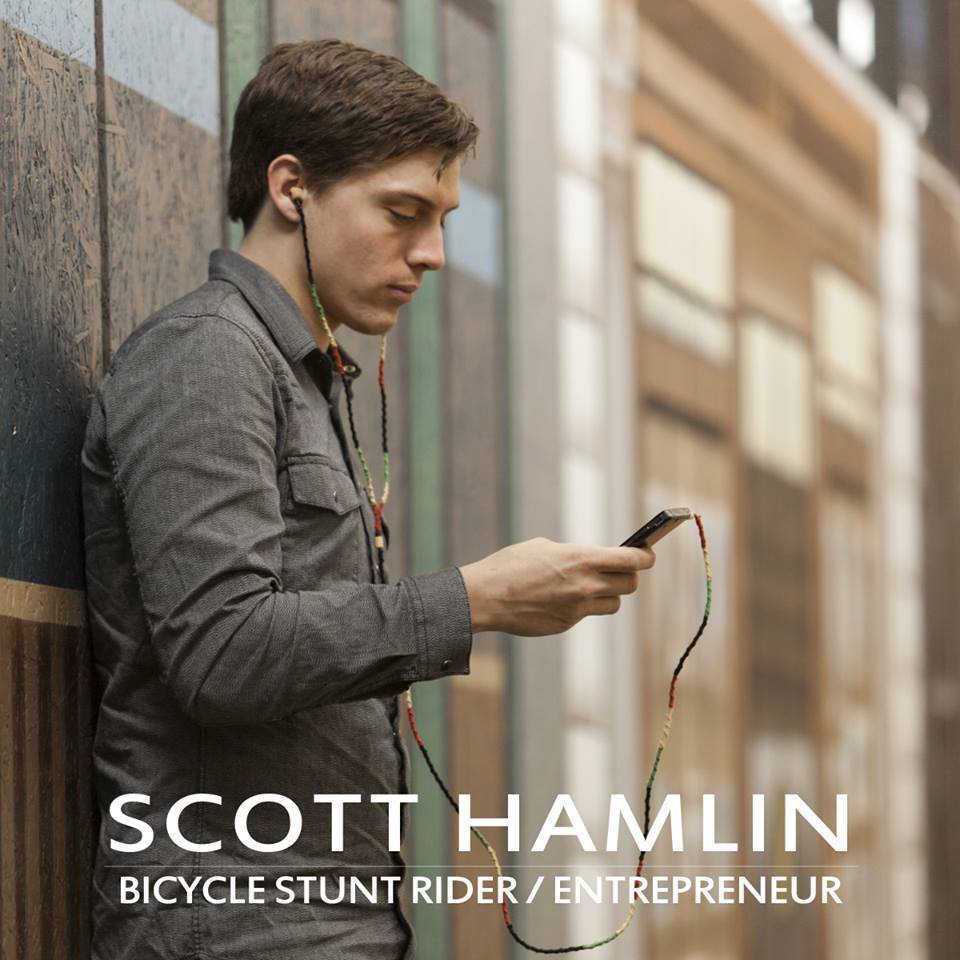 I would say Poland Is my Biggest fan. The people there are amazing, I have a deep rooted history with an event there called “The Baltic Games” that has literally introduced action sports to Poland and having the showman style I have…I guess I have made a little bit of a name for myself there. I really do Love the Polish people and by the feel of it, they love me back.

Smart people don’t talk about people, they talk about enriching the world and future plans and understanding things they may never use in which to open their imagination and help them in creating other things in the future.  The advice was to not gossip, it helps no one. Thought haha, we still all do it from time to time!

I want to save up, be smart with money and put it into some more investing things such as stocks, materials for goods to make and sell to people and to see where I can take my BMX Career. 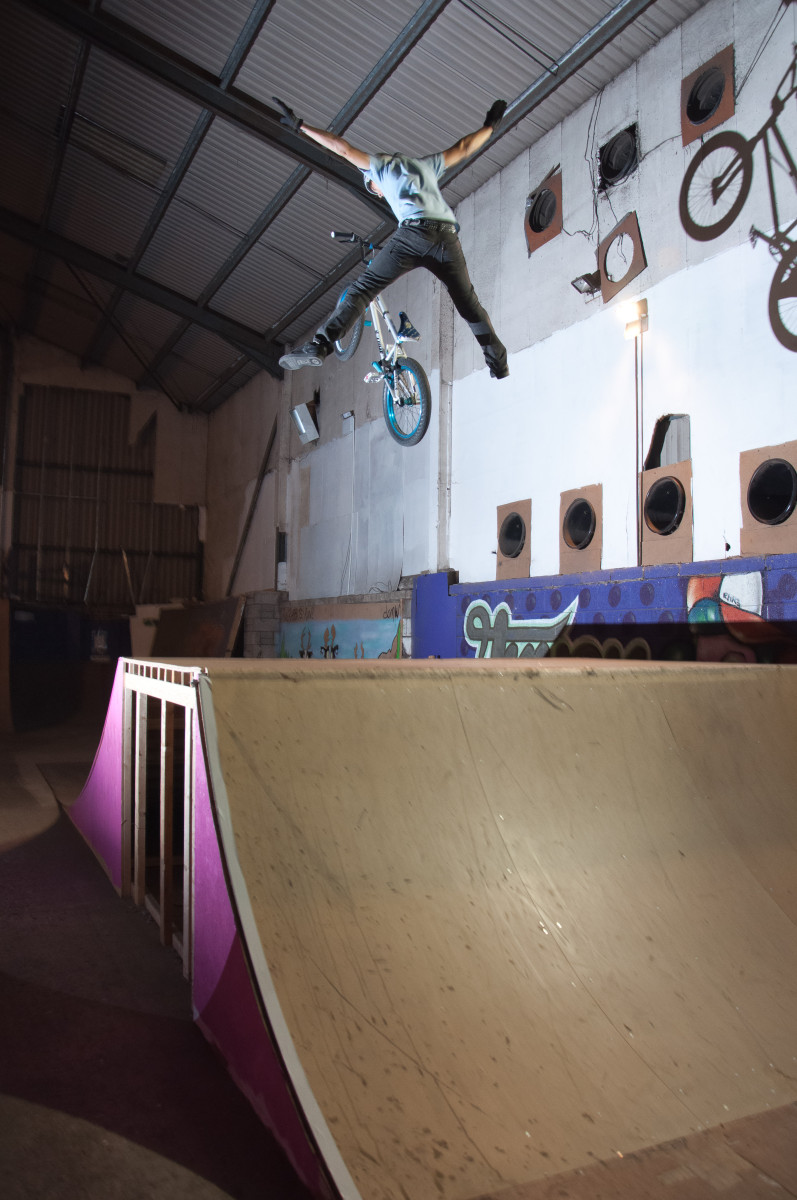 Don’t limit yourself to one style of riding or discipline, don’t change parts until you break them and just use that bike to do what you want to do, not copy what you see online. Bmx is an individual sport inside a brotherhood of riders. 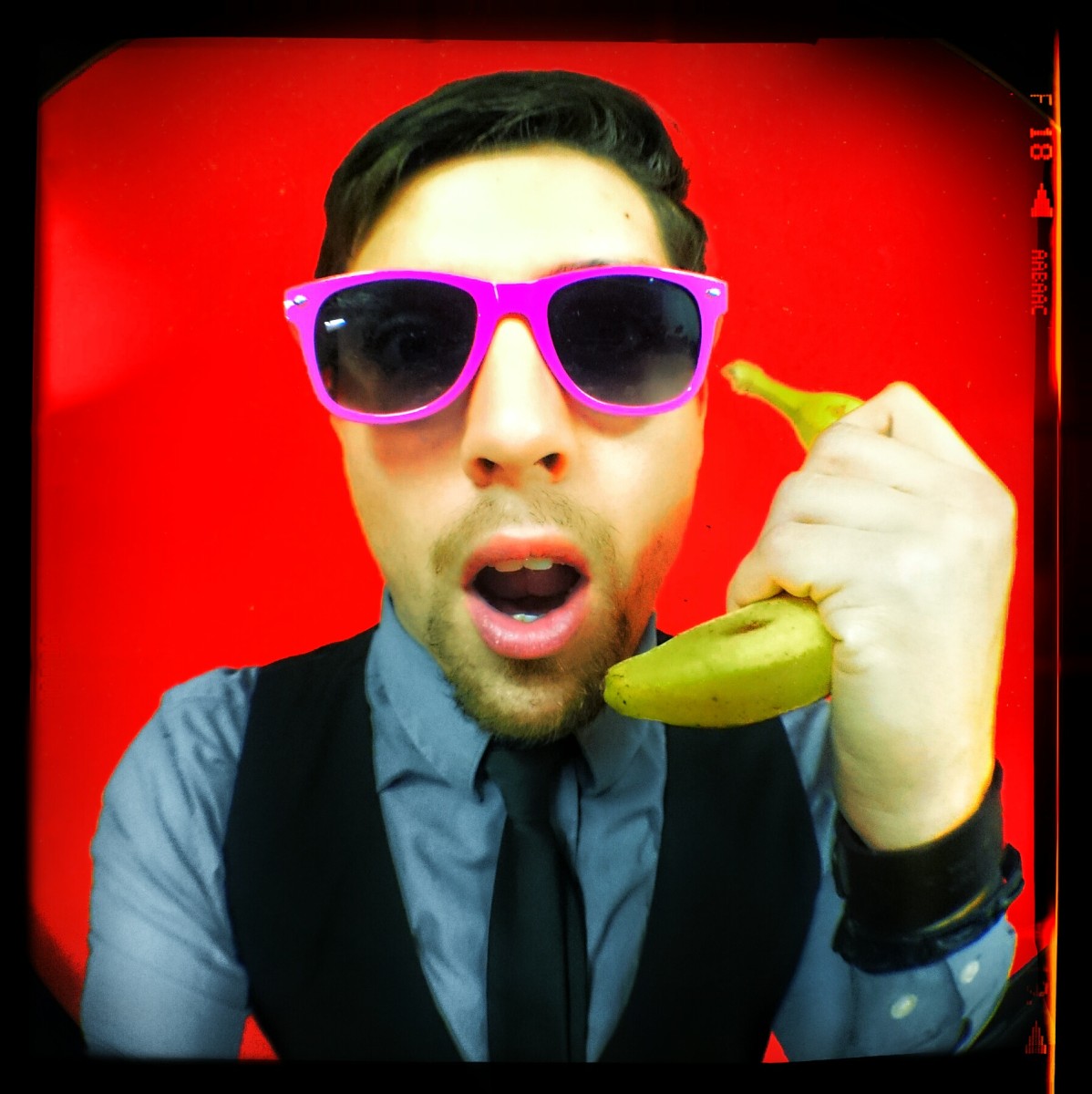 There is only so many barspins and tailwhips people wanna see, so if you’re in it for fame, I am sorry but you can’t win BMX. Have fun and use it to set you free.