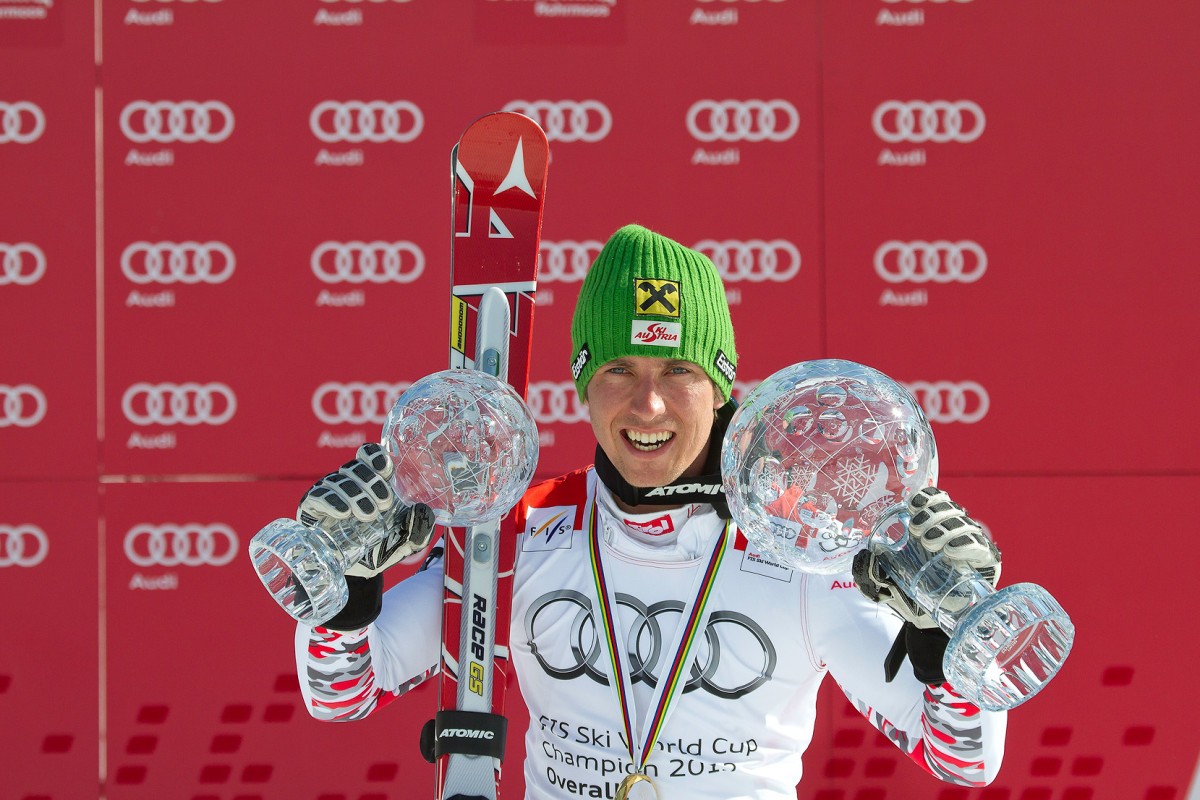 My name is Marcel Hirscher and I was born in 1989 in Hallein/ Salzburg in ski crazy Austria. In my memories I learned how to ski before I was able to walk. Growing up in Annaberg, my family with two skiing instructor parents has built the ideal base for one of my biggest passions: skiing.

Early supported by my Dad he saw more than his son having fun on snow and so he decided to boost my natural talent professionally and I ran my first races in 1996. The family became complete in the same year – my brother Leon was born. Dad seemed to be right concerning my talent because only eight years later I made my first FIS points.

From now on I was thirsty and irrevocably in love with ski racing. Of course school must have been as important as sports and as a result my highlights of 2007 were not only to become a Vice World Champion of the Junior World Championships but finished hotel management school as well. Successful times should follow and some months later I could almost reach the world’s elite.

Top results in World Cup followed in 2008. I was definitely on the right way. On the 13th December of 2009 I won my first FIS World Cup race in slalom. Many victories were following up until today. And the last season of 2014/15 included, I was able to win the FIS Overall World Cup four times in a row – the first time in history someone managed this. I’m really proud of that. And hey, I’m still writing this book. So there’s nothing left to say than: to be continued…

Still looking for the perfect turn. 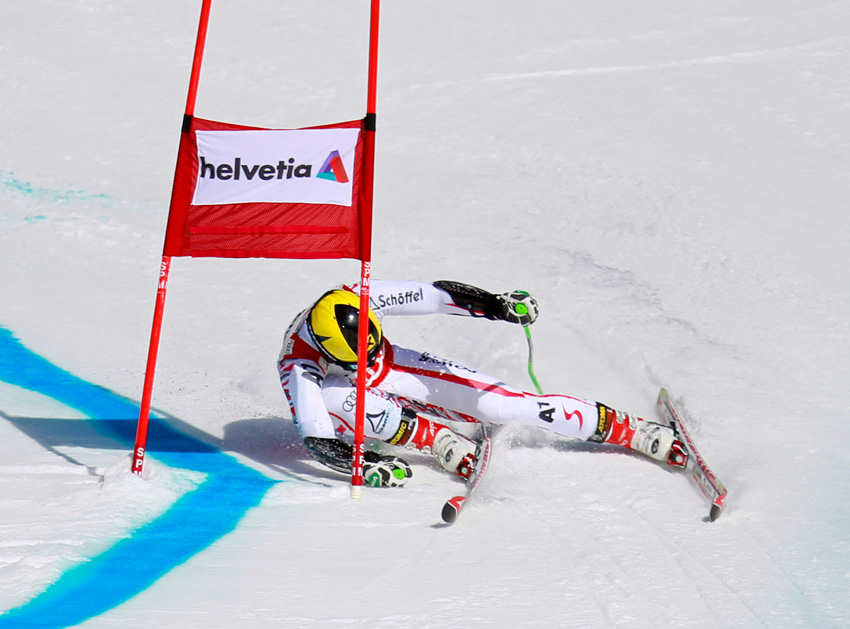 I’ve reached a lot in my profession so far and I am still hungry. So what about a 5th overall? :) Nevertheless – skiing is not everything and I know that. I’d better talk about my greatest achievements when I’m grey and old. I’m pretty sure perspective changes during a lifetime.

Training like crazy! – Just kidding. I work hard to live my dream. I live and love the privilege to earn money with my passion. With that mindset it’s easier to overcome difficulties.

Hard to explain! Maybe it already starts with the knowledge that I’m going to spend some hours on the slopes. I like the sound of snow under my feet and love the sound of ice under my skis. Now add some gates and speed – priceless! 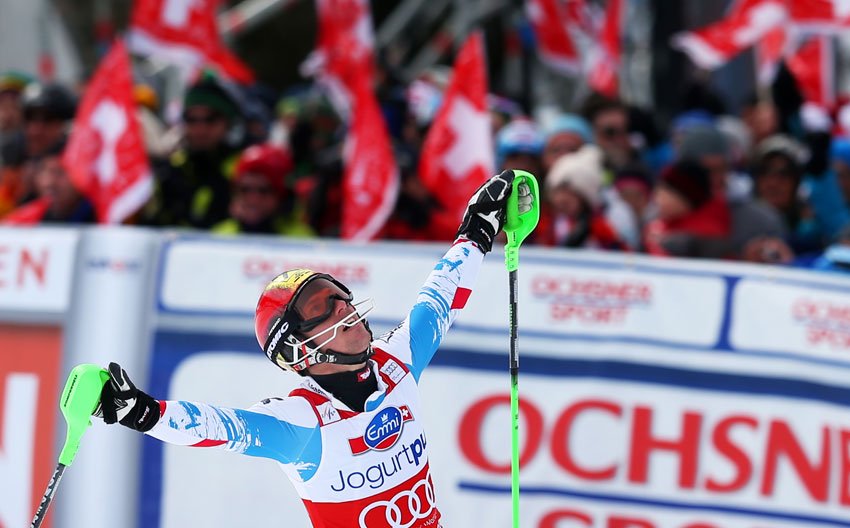 Honestly I never ski alone. I need my team to do this job no matter if it’s training or competition. Even in the gym most of the time I do have my personal trainer, colleagues or friends with me.

I must not talk about the key ;-). – It’s focus I would say. No matter if you focus on what you’re actually doing or on the bigger goal beyond. Focus means direction. That’s a need I think. 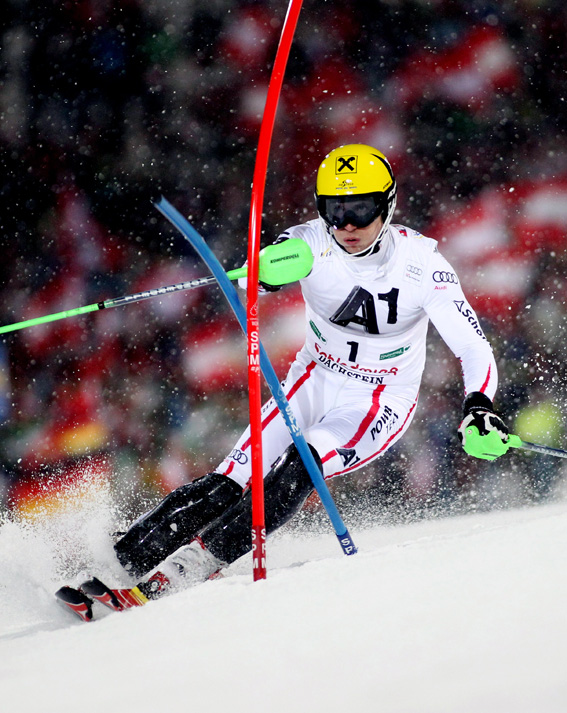 The 15 minutes before the first run. The time between a first and a second run. I can’t tell exactly. Of course there are a lot of expectations – especially my own.

I’d say my parents. They invested love, time, were my teachers, trainers, psychologists and coaches. It must be cool to watch your kid grow. So I think nobody would ever have a bigger fan than his parents.

Be who you are.

Keeping up with my own level of skiing on the one hand and improving continuously on the other hand. That means I have a lot of homework in the near future. Certainly I don’t even get bored in the long run thing.