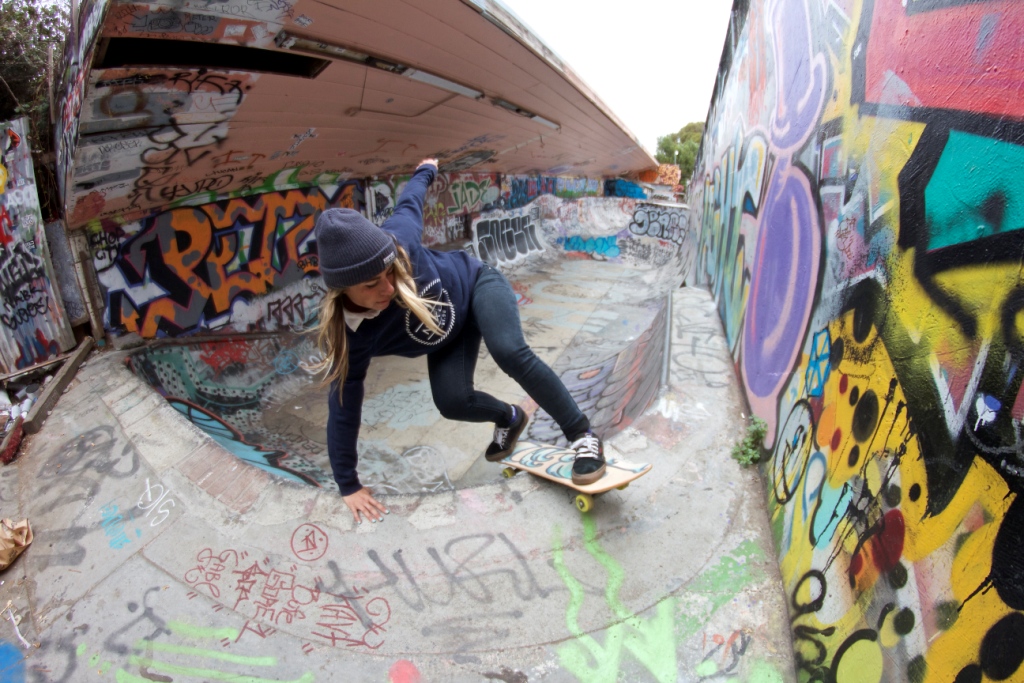 Natalie Krishna Das was born in Los Angeles, California.  She has been skateboarding for 17 years. Her first sponsors were OSA and Kronik Energy Drink. Natalie now has a list of 11 huge sponsors. Natalie has skateboarded in five Coca- Cola commercials.

She was on the cover of Concrete Wave Magazine in 2012. Since then she has appeared on ESPN X, in Surf Life Magazine, Juice Magazine, Skate Jawn, and many more. Currently, Natalie has been cast to act alongside Tony Hawk in the new movie Skate God that comes out in 3D next summer.

My goal with skateboarding is to create lasting impressions via film and photography of my awesome skate adventures with my friends and team mates while inspiring other girls to skate and film and shoot creative lines as well.

My greatest skateboarding achievement was landing the cover of Concrete Wave Magazine.  I was also just interviewed and profiled by ESPN X for their TV show. My piece will be coming out next month. Look out for it!! :)

The hardest part of skateboarding for me is living in Arizona. It is over 110 degrees today which makes it terribly difficult to skate. Another difficulty is the risk of injury. 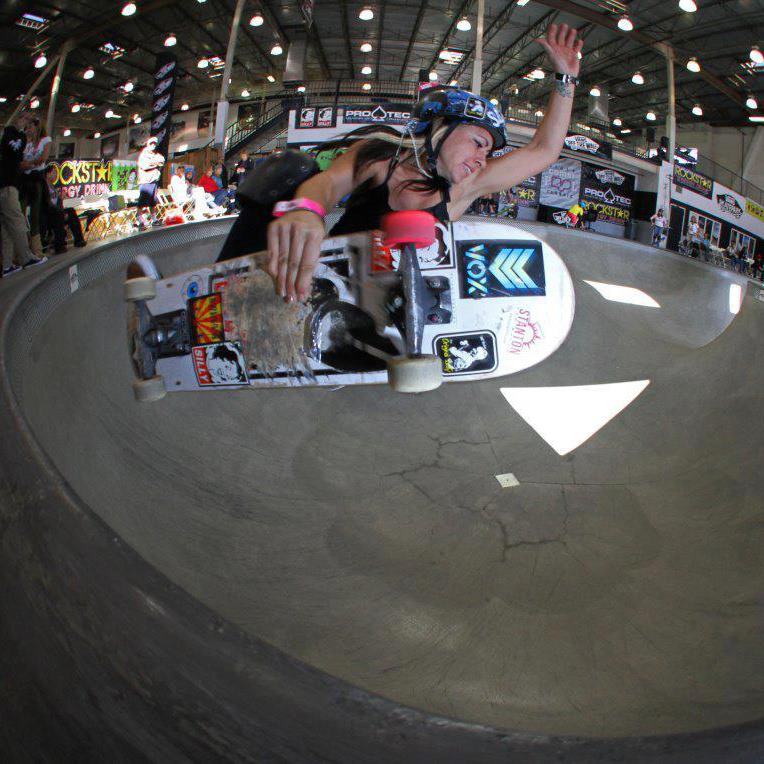 I feel very satisfied when I land a new trick or a complicated trick or when I place very high in a contest. I also feel satisfied when new sponsors reach out to me or when great opportunities come from my skateboarding.

When I skate by myself, I like to go to Rio Vista Skatepark in Peoria, AZ. I can focus on lines, tricks, and consistency without being distracted. However, I’d much rather skate with friends or my crew Las ChicAZ. We push each other to land new tricks and it’s super fun. 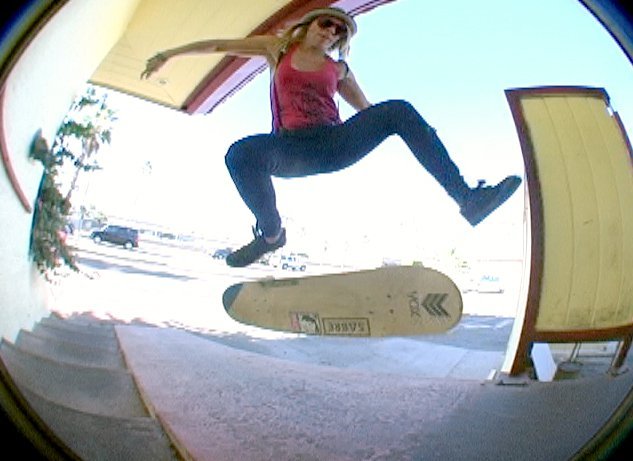 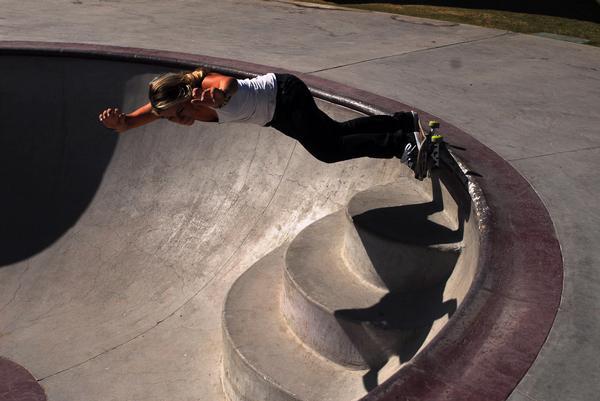 When I compete, I get nervous about falling or not landing tricks in the beginning of my run. That is why I stick to tricks that I know I will land for the first half of the run, then I pullout the more complicated tricks. I also get nervous about placing last. 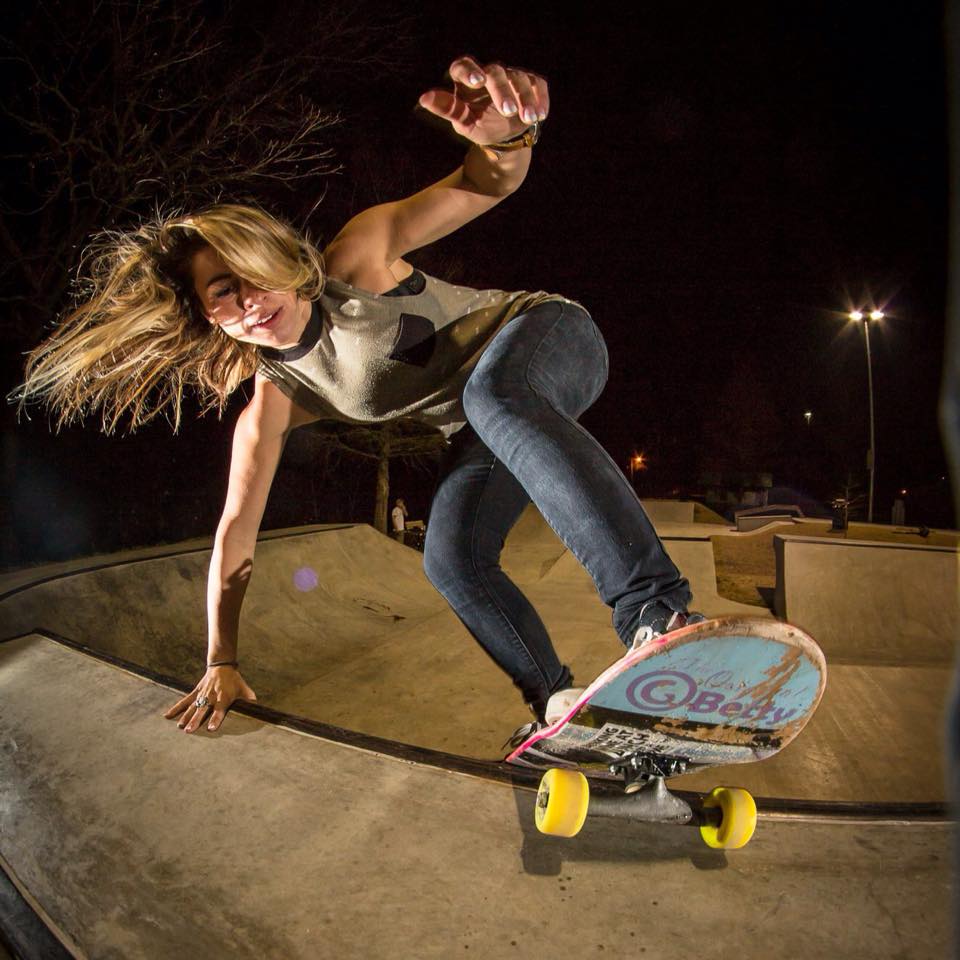 Sandra Summers is my biggest fan. She always shares my photos and videos and any skate news that involves me or any of the other girls who are active in the skate scene.

Don’t let all of your tricks out of the bag at once. Especially during practice. It’s fun to save one of your best tricks for the last run. It really wows the judges and the crowd. 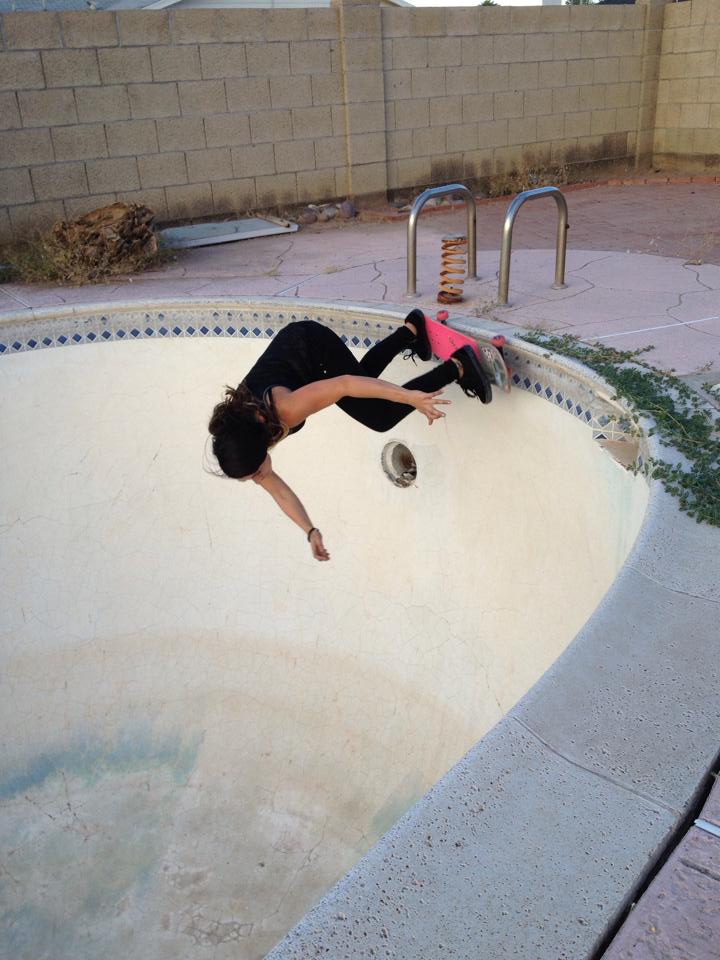 Next month I leave for Los Angeles for 1 month to act in the new movie SKATE GOD. I will be acting alongside Tony Hawk, Tony Alva, Ruben Naejera, Corey Duffel, Garrett Hill, and Leticia Bufoni. 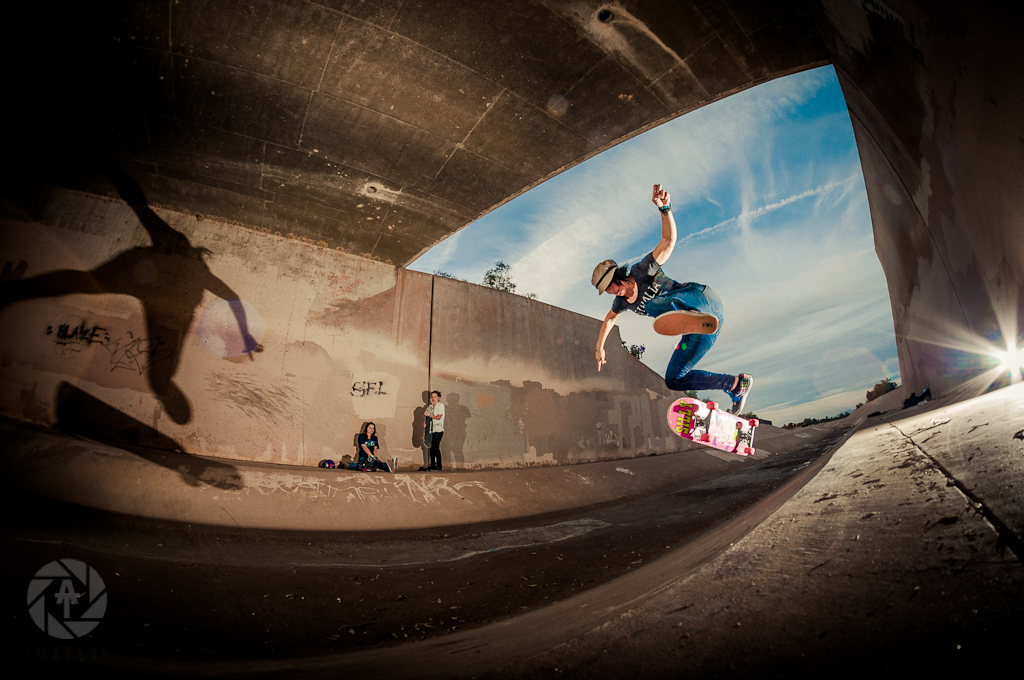 It’s never too late to start. I started skateboarding when I was 16. One of my best friends didn’t start until she was 26. I have always just skateboarded for fun. It should never feel like a job. That takes the fun out of it. Just have fun! 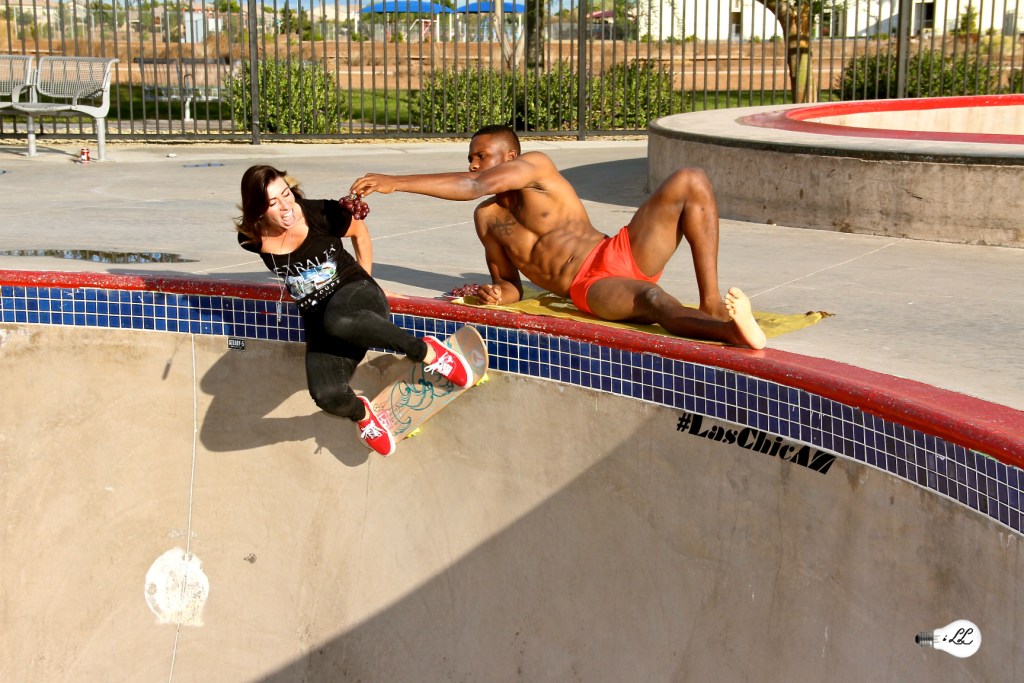