Nikos Kaklamanakis is considered to be one of the best male Olympic board sailors up today, being 3 times World Champion and having the Best two medals (Gold in Atlanta 1996, Silver in Athens 2004) in the Olympic Boardsailing Class and the 6th place in Sydney 2000 in his windsurfing career.

The Athens Games (2004) marked his fourth Olympic participation with the second place and four years later in the 2008 Beijing Olympic Games he finished 8th in the RS:X Men Sailing Race. 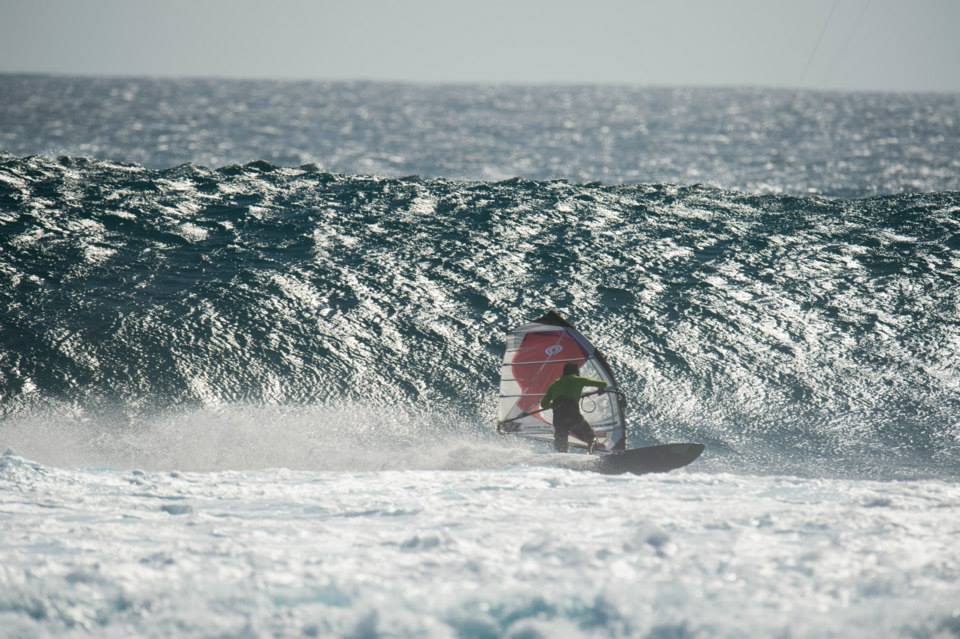 In 1996 he was honored by the Greek Association of Sport Press and in the same year he was one of the last torch-bearers on Greek territory, while holding the flag at the Closing Ceremony of Atlanta’s Olympic Games. He was the flag-bearer of Greece and the first athlete to enter into the Olympic stadium in Sydney 2000 Opening ceremony.

A special moment in his career is his sail boarding across the Aegean Sea, a unique achievement which he completed in the summer of 1997, he managed the sailing Athens-Crete in two days and one month later he was a member of the bid Committee for the 2004 Athens Olympic Games (Lausanne-Switzerland). Another project that took place in 2011 was the sailing of a distance of 320 miles from Andros to Karpathos in 2 days, passing the message to all young people that we should all fight and work hard to achieve victory. 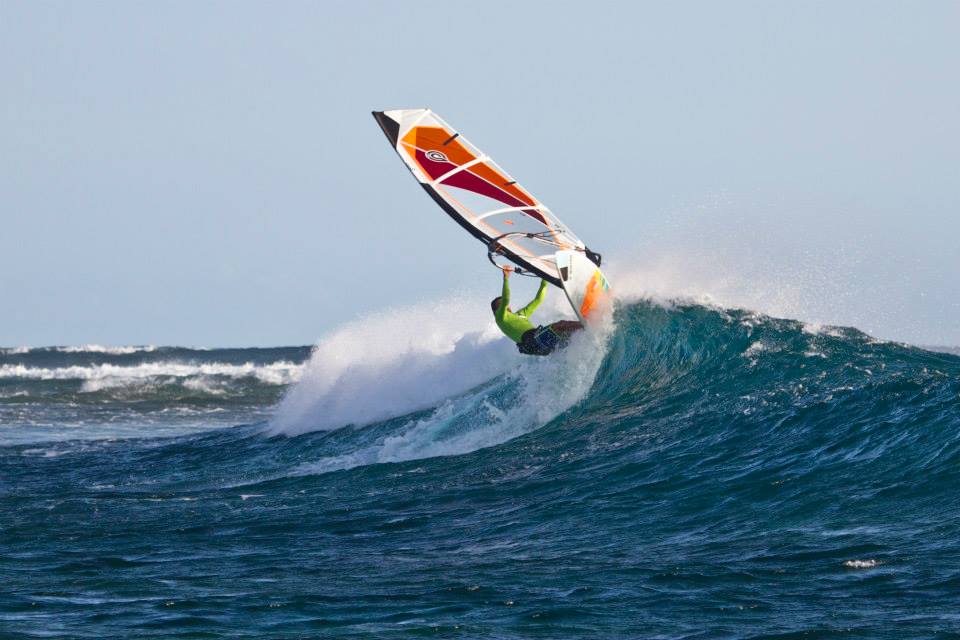 Last but not least, he was the torch-bearer who lit the cauldron at the Olympic stadium during the opening ceremony of the 28th Olympic Games in Athens. This was probably the first time that such an honor had been granted upon any Greek Olympian and a sailor globally as well, being a truly unique occasion.

My future goals are simple and human, to be close to my family while being able to travel to different spots of the world and looking for big wave and wind to practice my sport of windsurfing and SUP (Stand Up Paddling) in the waves. 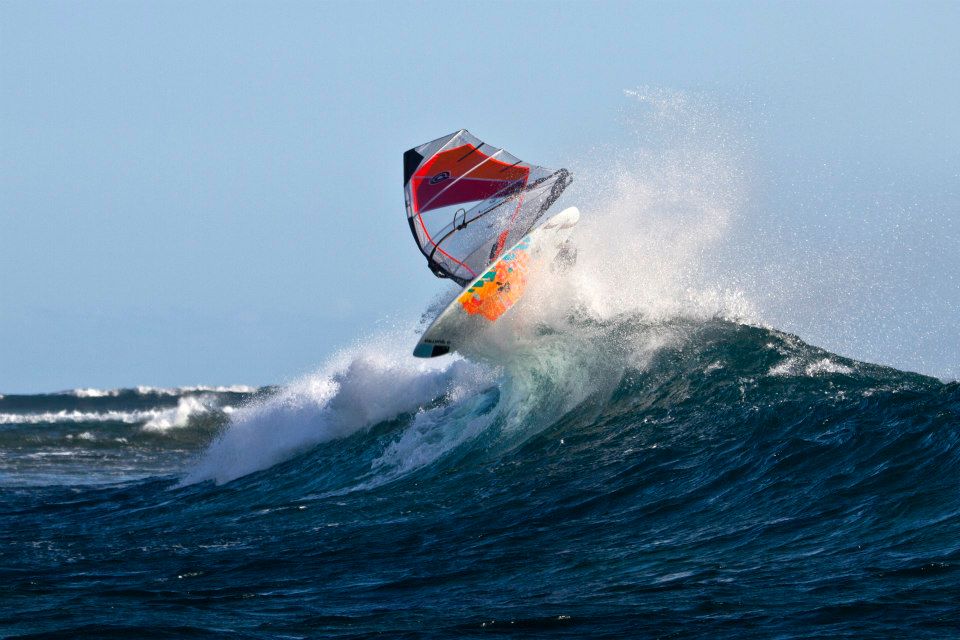 So my main goal in the coming years is to visit various parts of the world with big waves, but at the same time the love of the people moves me and therefore I would like to give back the maximum that I can, like good energy through the speeches I do to children in schools and perhaps in the future a school near the sea.

So family, windsurfing school, lectures at schools and traveling around the world with good waves and wind, to summarize it a bit. 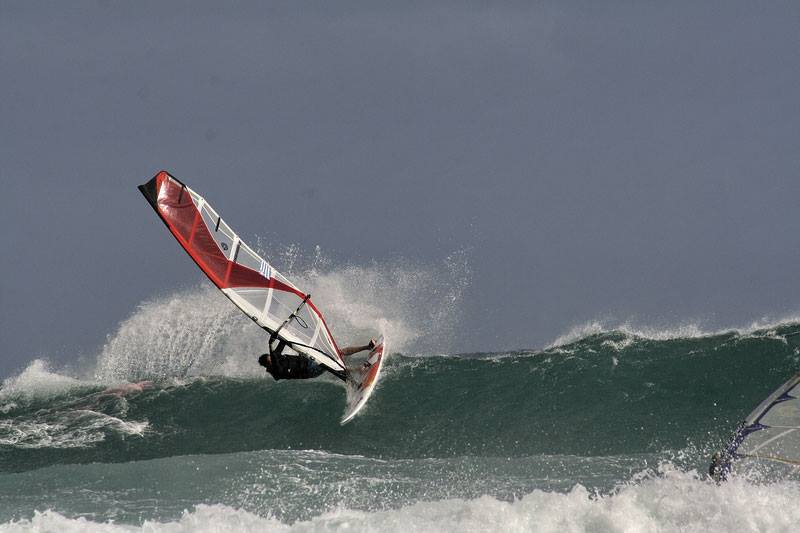 The greater difficulty I might acknowledge is the conditions that are constantly changing i.e. there is no stadium where the standards are the same as in swimming with the specific distances and the couloir or the athletics track. For us every day is different and this is the difficulty and the beauty of the sport.

At the same time the fact that we are competing for six days with eight to nine days being the competition program at the Olympics and seven at World Champions, this means that every day is different especially because the conditions of the wind, waves, currents have clearly been changing from the first day to the seventh and therefore the duration of my sport has a specific difficulty and variability because we are exposed to the elements of nature.

The pleasure I get from my sport is great either practicing it in an athletic/competitive level or simply for entertainment. In competitions my biggest joy was to know that I gave it all, when the game was good I never looked at what my teammates have done, the reference was always myself. 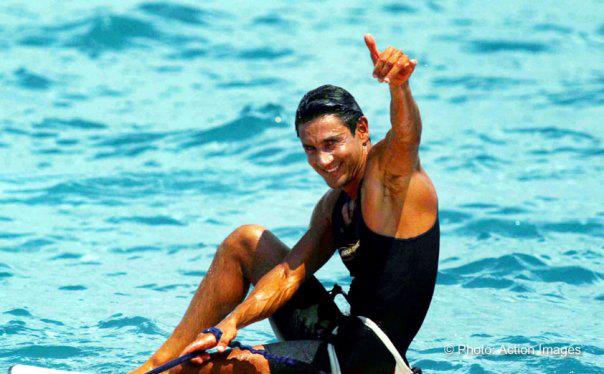 There were times when I came first in World Champions and I was angry because I could have done better something that may seem strange and other times that I came third or sixth and got along with myself, because I knew that under the conditions I competed I gave it all. When it comes to the recreational part of my sport what satisfies me is having my radars open to receive the countless messages of nature, to feel the wind and the waves and to get the maximum energy.

The wind and wave are universal energy, showing me the great power of nature, I don’t have a prepared stadium, the stadium is simply the wave and wind created by life itself, created by God. 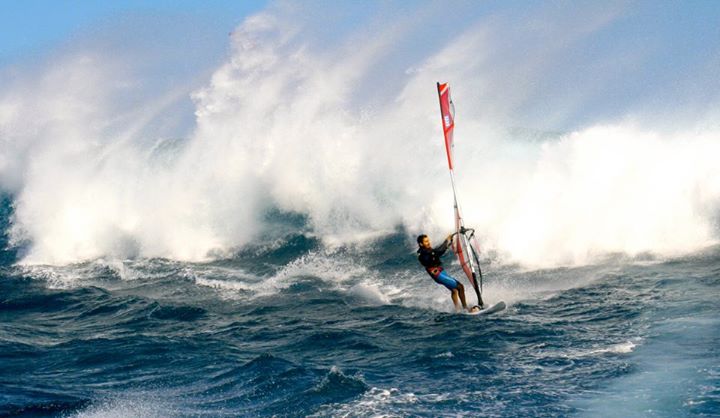 My training program when competing took place ashore, I had aerobic exercises, either through cycling, rowing exercise machines or running and also strengthening in the gym with weights, but my basic and main training was in the sea, because my sport requires great technique and strength and training needs to be done through the sport itself.

I don’t think I have a magic formula, each person has different needs. I had to give attention to weights and strength, an important need for me, because I was gifted especially in matters of stamina, so I had to work harder in this area and less than other athletes regarding stamina and tolerance to pain where I was much more gifted than other athletes. 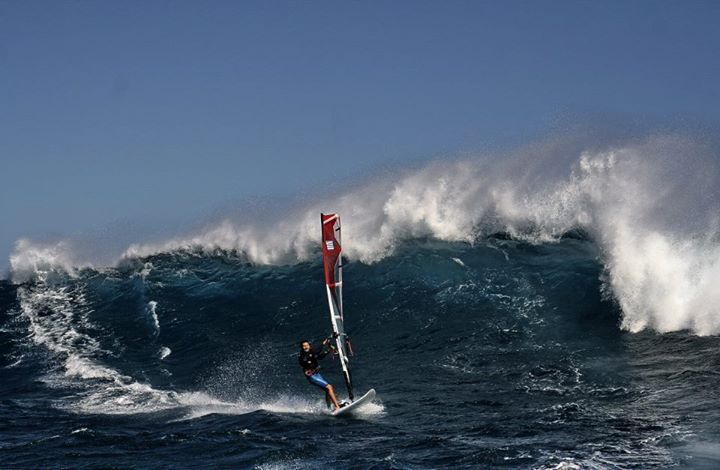 I also had to work harder than others on power and explosiveness, and I visited the gyms often.

I think that if I had reached a point where I was stressed in competitions, I would have stopped competing, because my biggest fear was to present myself and compete below my capabilities i.e. I firmly believe that everyone in life gets an alpha and should return an alpha plus whatever he does either sports or in other professional sectors or even top-class sports such as the Olympic Games. 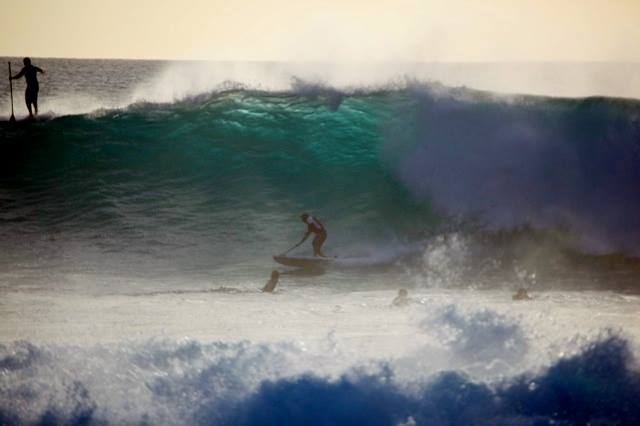 I think that what I got in life, I always tried to return it, making the best of it. My great concern and anxiety is to know that I don’t perform my best and that my physical pain does not reach the maximum, so if physical pain is not great it means that my soul did not try hard enough. That’s why I always say that the biggest pain for an athlete is the mental pain especially if he knows that he didn’t give it all, or his body didn’t deliver the maximum or his pain didn’t reach the limits.

For me the physical pain is always subordinate to the mental, so if an athlete knows that he didn’t give his everything, then he will suffer mentally for the rest of his life. 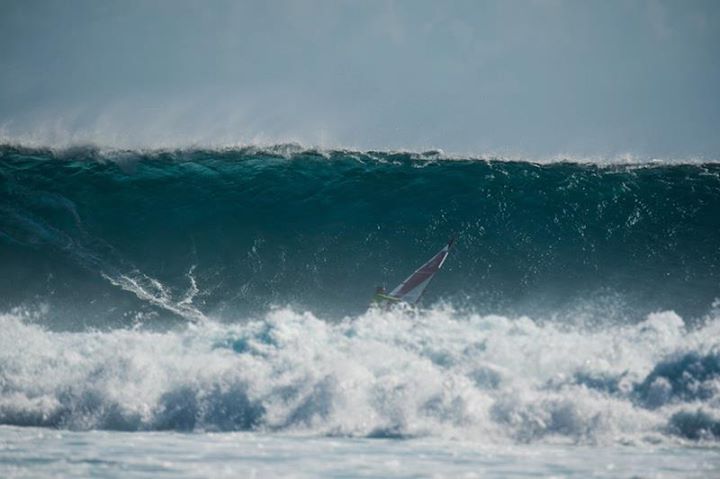 I think my biggest fan is the simple everyday person. I don’t want to say my family or someone special because the pure love and appreciation of the everyday Greek is the most precious medal and I have been blessed to experience this love to the fullest every day.

For example a sweet grandmother stopped me in a supermarket, left her shopping down, she cried and hugged me and asked me to teach her grandson my sport – windsurfing. A teacher I met in a school after my lecture to the children told me with tears in her eyes “Bring us Greece back”. 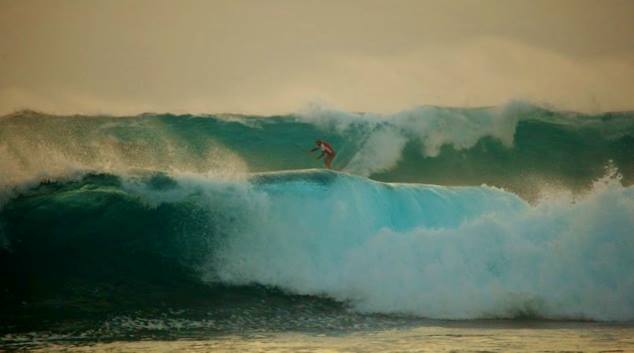 At the city parade of the athletes to the Panathenaic Stadium in 1996 I saw a nice lady from a distance of 30-40 meters, who came with her grandchildren to greet the athletes, and threw a flower that fell right on her legs, this image will stay with me forever. I don’t know if you understand but these moments are of very high emotional value and show everyday person’s love for our effort.

I believe it was the advice of my father at the beginning of my career, who was a building administrator and always asked me what victory, defeat or sport tie mean for me. 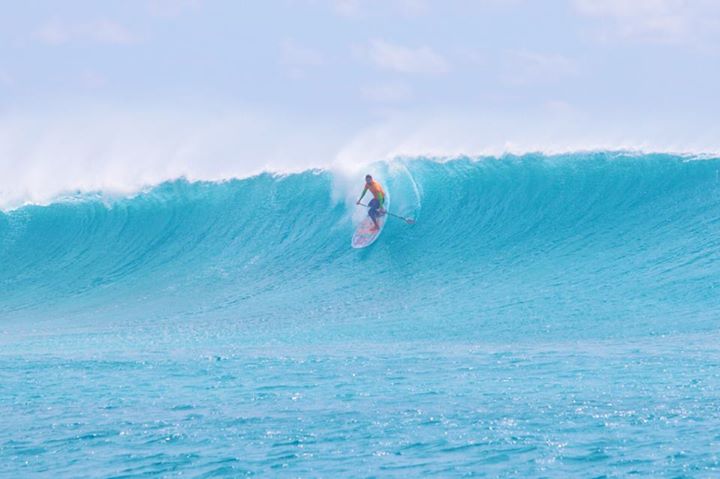 He explained victory and defeat with very simple words, “Victory is simply a reward for your effort” and “Defeat is an opportunity to get better” and when he asked what sport tie means to me I tried to find the right words to answer, I was less than ten years old, and he told me to look my opponent in the eye and tell him “I don’t expect you to become worse but I will try to be better”.

This was the advice of my father Roben which I always carry with me. Later in my career and life the advice I received and always remember is “When you’re unhappy be wise and when you are happy be modest”; this is something that I live by.

I have no future plans regarding competitions because I am not actively involved for the last five years, but I still have a lot to offer through my sport to my country like for example the sail boarding across the Aegean Sea in 1997 Athens – Crete and in 2011 Andros – Karpathos, with main intent to highlight my country. 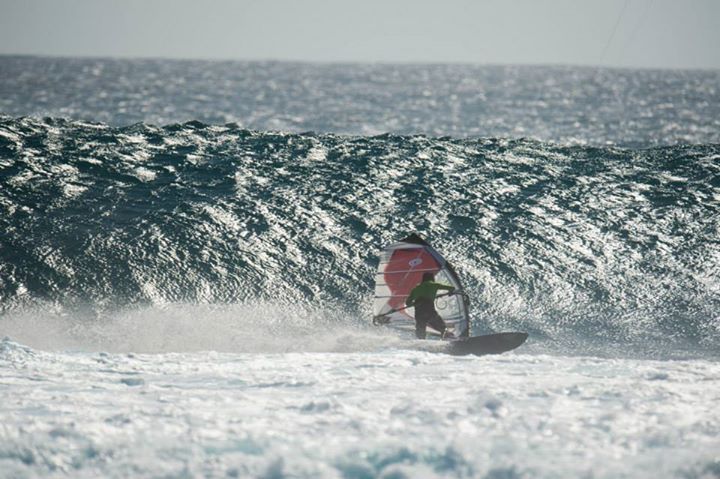 I have a project in the making but I cannot announce anything because it has not yet been fully implemented. There may be a way through my sport and the power of the sea to represent my country and pass the message to all Greeks of overcoming the difficulties, but the biggest message I want to pass especially to children through my speeches to schools is the power hidden inside, meaning that we all have power but we simply must discover the inner force that we hide and make the best of it.

I would simply say that if you love your sport, have pure motives and your will exceeds your ability nothing really can stop you, even though young people nowadays are very disappointed and frustrated by the injustices and the lack of transparency existing in sports events and also the rest of society. A simple human advice is to really love what they do, to work with their feet on the ground and the eyes up in the sky and give it some time. 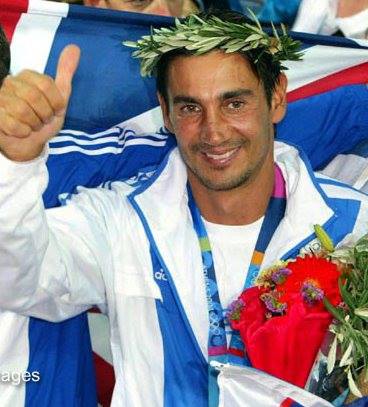