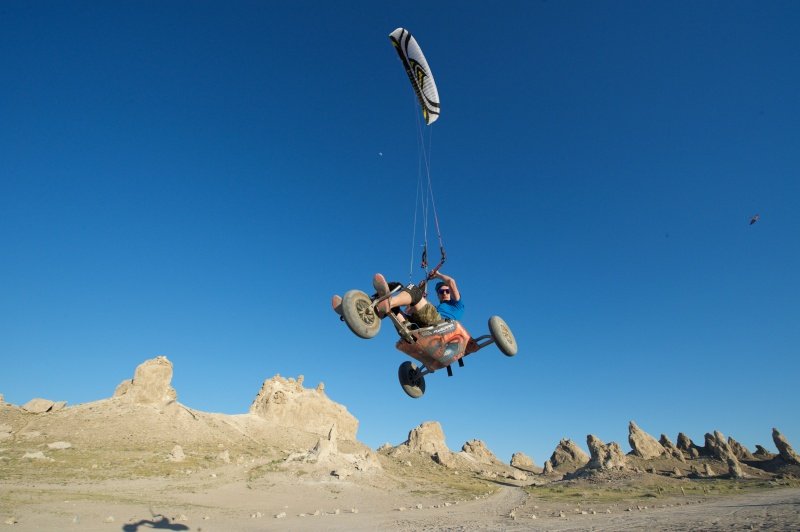 Freestyle buggying started for me back in 2001 when I had my first go in a buggy. From that point I could not help but want to trick. It was not long before I had made a seatbelt and was strapping into the buggy doing aerial freestyle.

Taking a few years out of competition I made several trips over the USA to the dry lakes of Nevada/California to ride some of the most awesome terrain known to man. These dry lakes are massive, over 20sq miles allowing us to hit some fast speeds.

We would often hit speeds of 60mph getting to 50mph in around 5 seconds. When you are only a few inches of the ground this is a surreal feeling.

During 2013 I was involved in a car stunt for Jaguar cars, jumping one of their vehicles. As the season had had another event cancellation I decided to form RAWKite and took over running the UK tour so that we as riders had a solid platform to compete on. 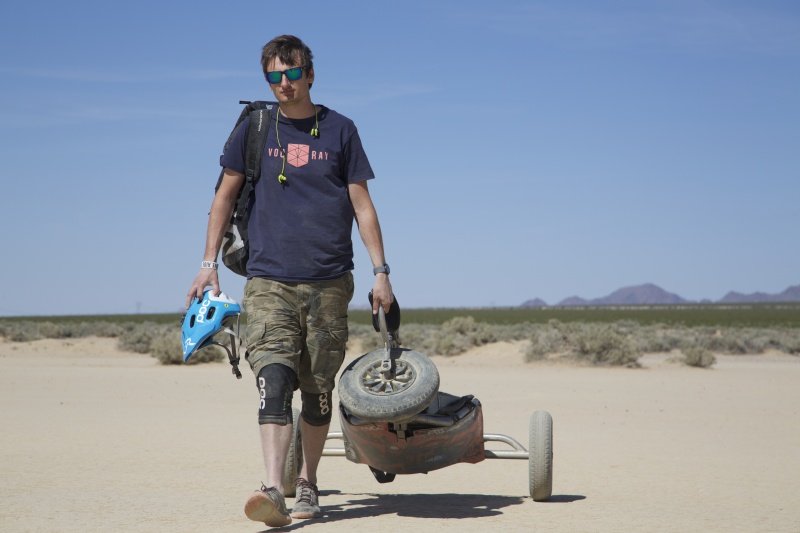 In 2014 I had a slight accident mid-season fracturing my back, but came back to become Vice UK champion & Joint European Champion, a result I was extremely happy with!

For 2015 I will be competing on the UK & European Tour and also heading back out to the Dry Lakes of Nevada/California freeriding.

Being at this point within the sport I want to help promote the sport & get as many people involved as possible. It’s great to be able to share this awesome sport and what is possible. 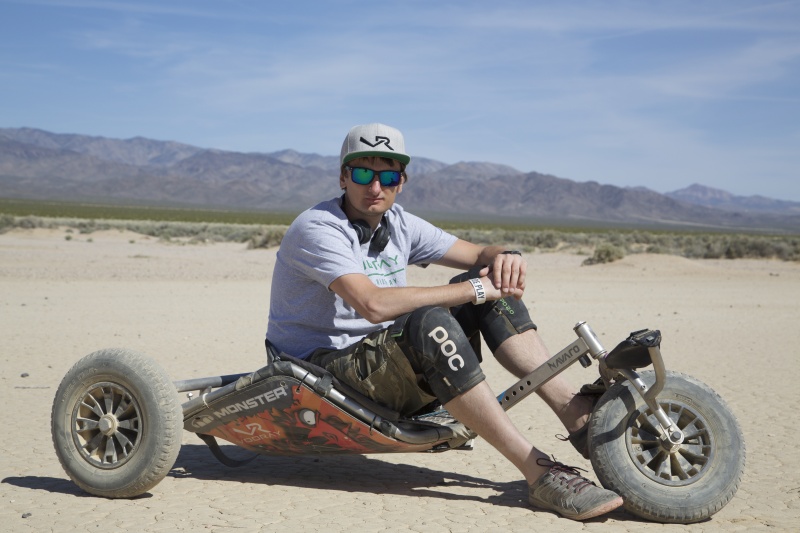 Teaching other riders to learn new tricks is such a great buzz, seeing their stoke when they nail a new trick, style is a great feeling.

Obviously I want to keep pushing what is possible and hope under new equipment to be able to try new tricks now that I am fit and well after my small incident in 2014.

This is a tough question, but it would have to be winning the UK & European events. As this is currently the highest ranking we can get within the sport it’s nice to achieve a high result. Being competitive we strive to do our best, but at the same time making sure we are having fun. 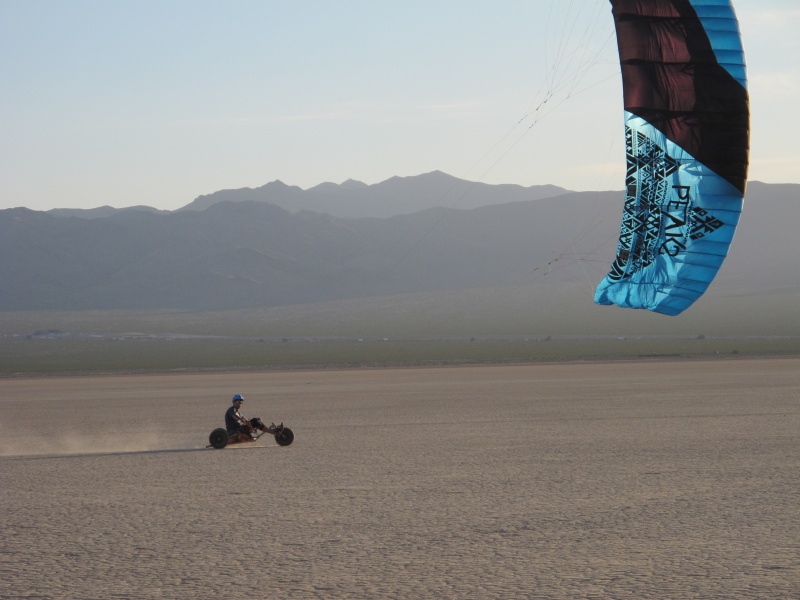 At the final of the KLBB European Tour myself & Dave (other joint European Champion) went out on an over powered freeride session and just showed what can really be done in the right conditions. To me that was what it is all about!

If something goes wrong it’s going to hurt if you fall, miss time a kite redirect so this is always in the back of your mind going into a new trick. Most of the kite actions are second nature but it is always that one time when you switch off that it goes Pete Tong! 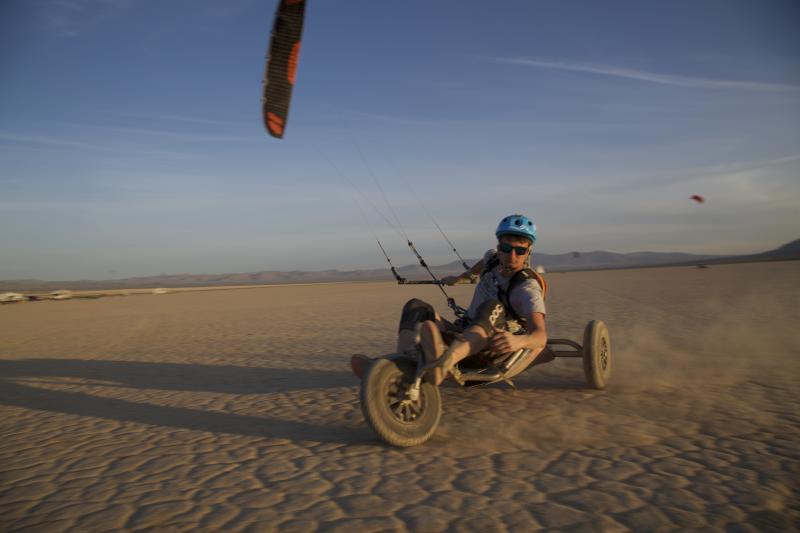 The buzz you get from being fully powered, in control going for trick after trick. Whether this is a technical combo, powered rotations or high boosts it gives you a feeling that it is unrivaled. 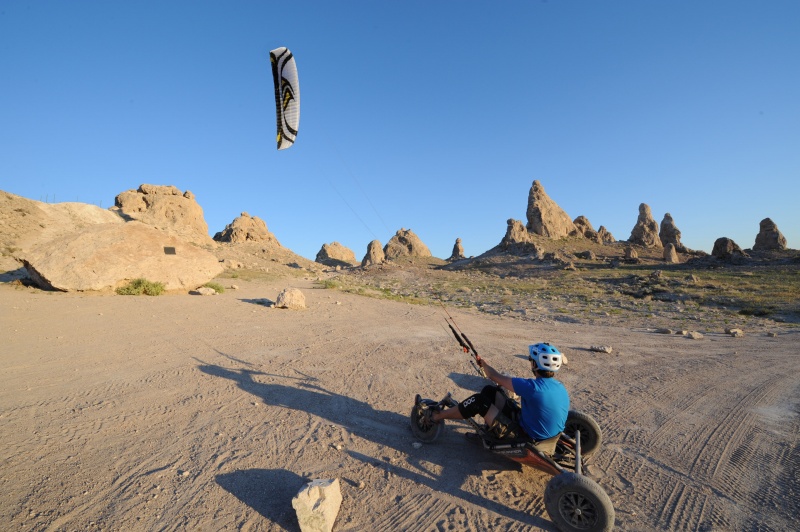 It’s such an awesome feeling to harness the power of the wind and get so much from it. Boosting over 10ft floating around all from the power of wind is truly relaxing.

I have a few local spots near me. My closest is a playing field that is directly on the coast, it is not massive but has super clean wind and is ideal for sessions during the week. The 2 beaches nearest are just over 2 hours away but these allow for longer sessions and are more enjoyable as sand is a much nicer surface to ride than grass. 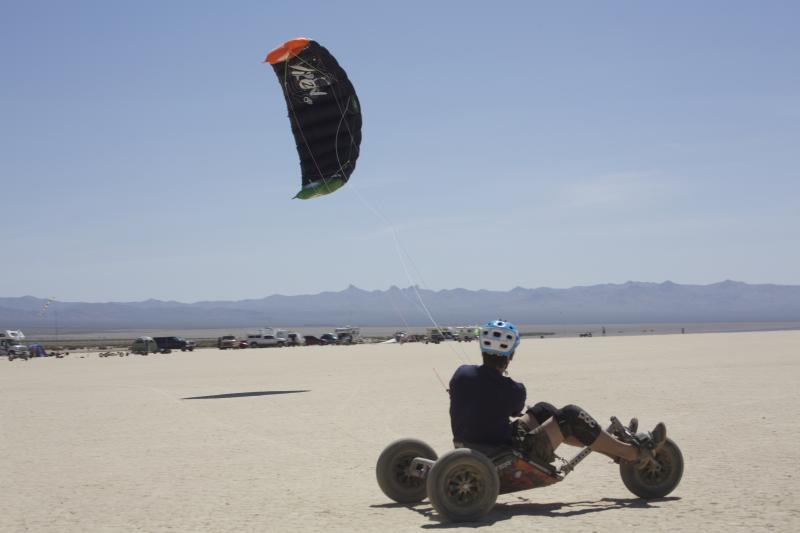 Tricky one to answer, I think what is key is practice. This is not necessarily practicing the same trick over and over, but freeriding, having fun and just having a good session. One session when I’m fully relaxed and tuned into the kite is always the session where you learn the most and dial tricks in. 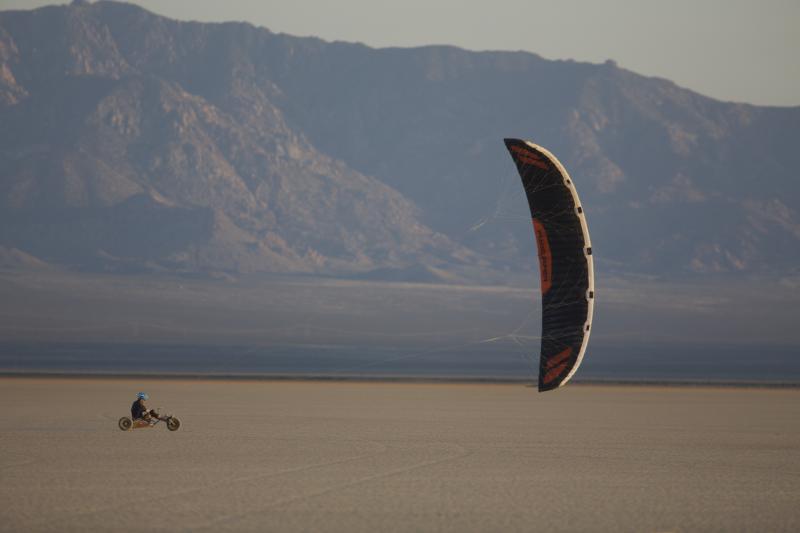 If you focus too much on 1 trick you soon become unrelaxed and then end up not learning it and getting even more frustrated.

Of course during sessions you push yourself to learn new tricks, but not making it the sole goal of the session is the key.

You always want your heat to go great, you know what you can do and what should be possible in the conditions. With the judging format so much comes into play, style, technical, power, amplitude & fluidity. Making sure that each trick is the best it can be, linking and doing a variety of tricks can soon frazzle you! 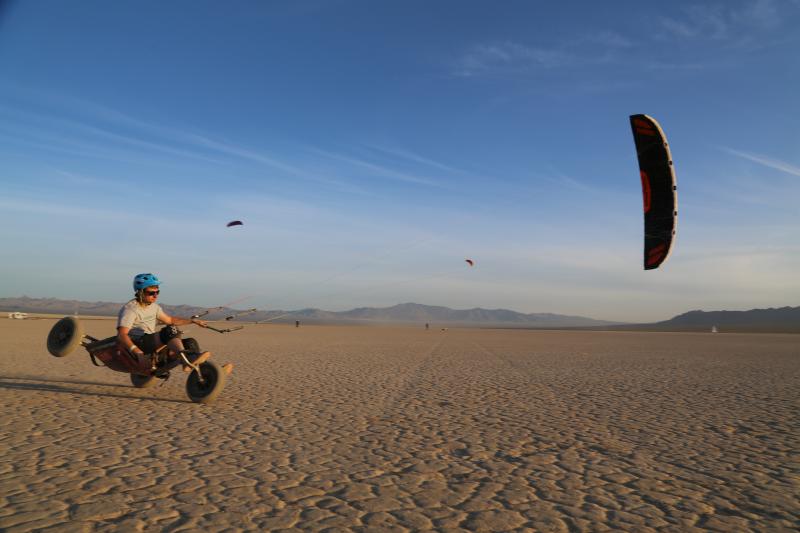 This is why when practicing/freeriding it’s good to throw a variety of tricks so that when it comes to a heat you are more relaxed and can naturally just throw a wide mix of tricks without thinking.

This was not just one piece of advice but more a way of riding. When I learnt to kite back in 2002/03 it was a small beach where the core Freestyle Buggiers of the UK all happened to ride. This was great for me while learning, 2 bits of advice they gave me where; 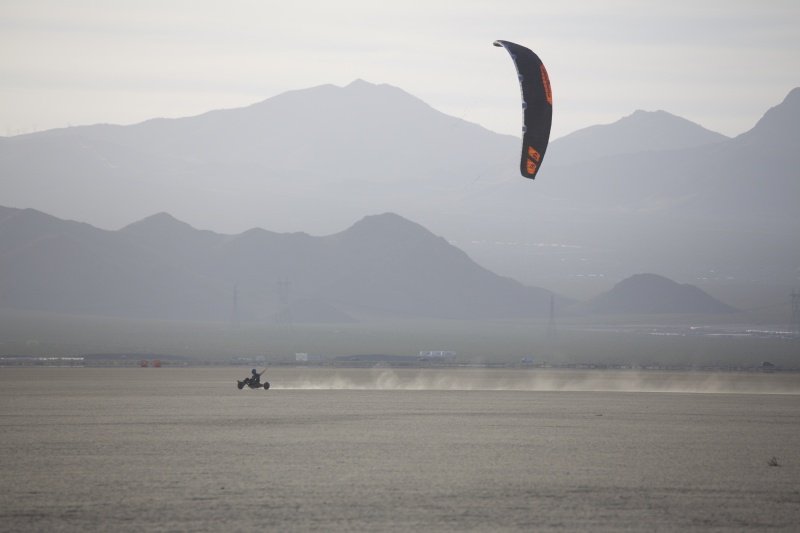 A trick is all about the take off, middle and landing. This means that although in the air you might be able to do the trick, if the take off and landing is not good you have not landed the trick… This made me practice the entire trick and work on the whole part of the trick.

The second was that you couldn’t claim you have landed a trick until you execute it perfectly 3 times. This may seem a bit harsh but it was a good way of making sure your riding was at good level and looking back, this meant my riding was a lot smoother even when freeriding gives you a better buzz! 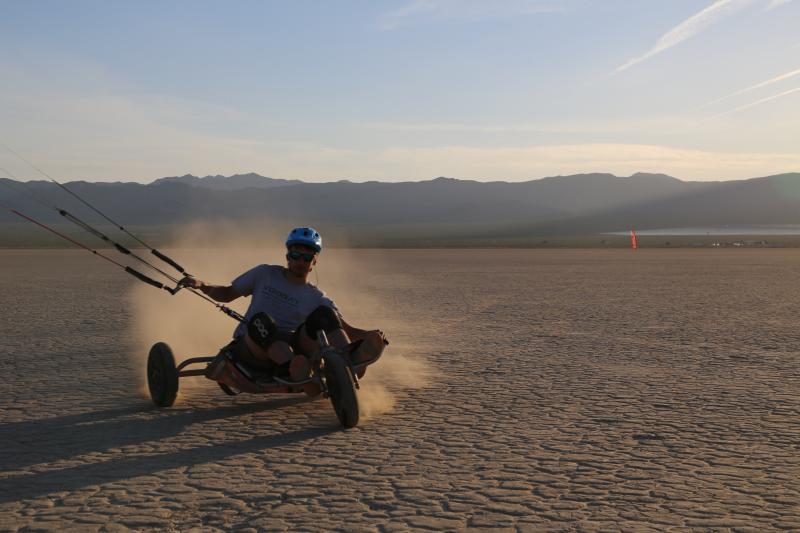 I hope to continue to compete on the UK & European Tour. It would be great if one day there is a World event but we will have to see.

In the very near future I’m off to the dry lake of Nevada/California so looking forward to freeriding these locations again!

Enjoy it, a lot of the younger generation seems to want to get to the top too quick and look to rush rather than enjoying the sport. No matter what sport you take up, go out and enjoy every session, the more you are relaxed and enjoy the sport the further you will go within it. It is hard work and will take hours of commitment but it is worth it! 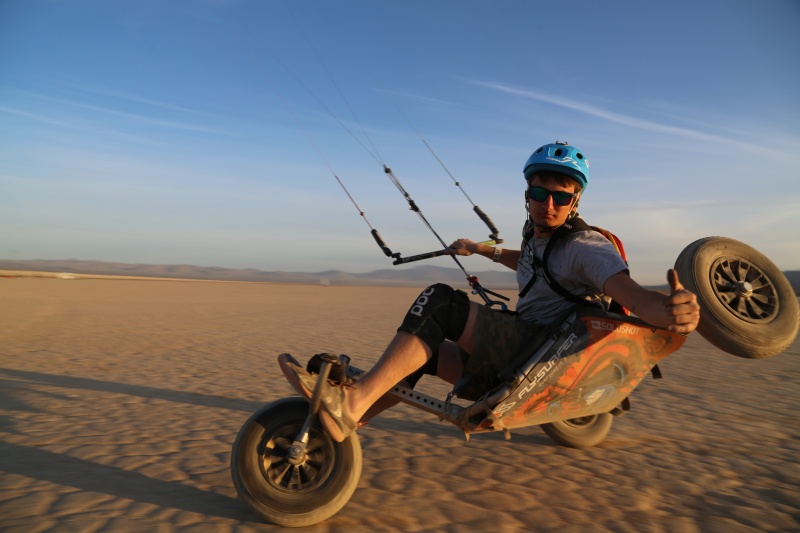