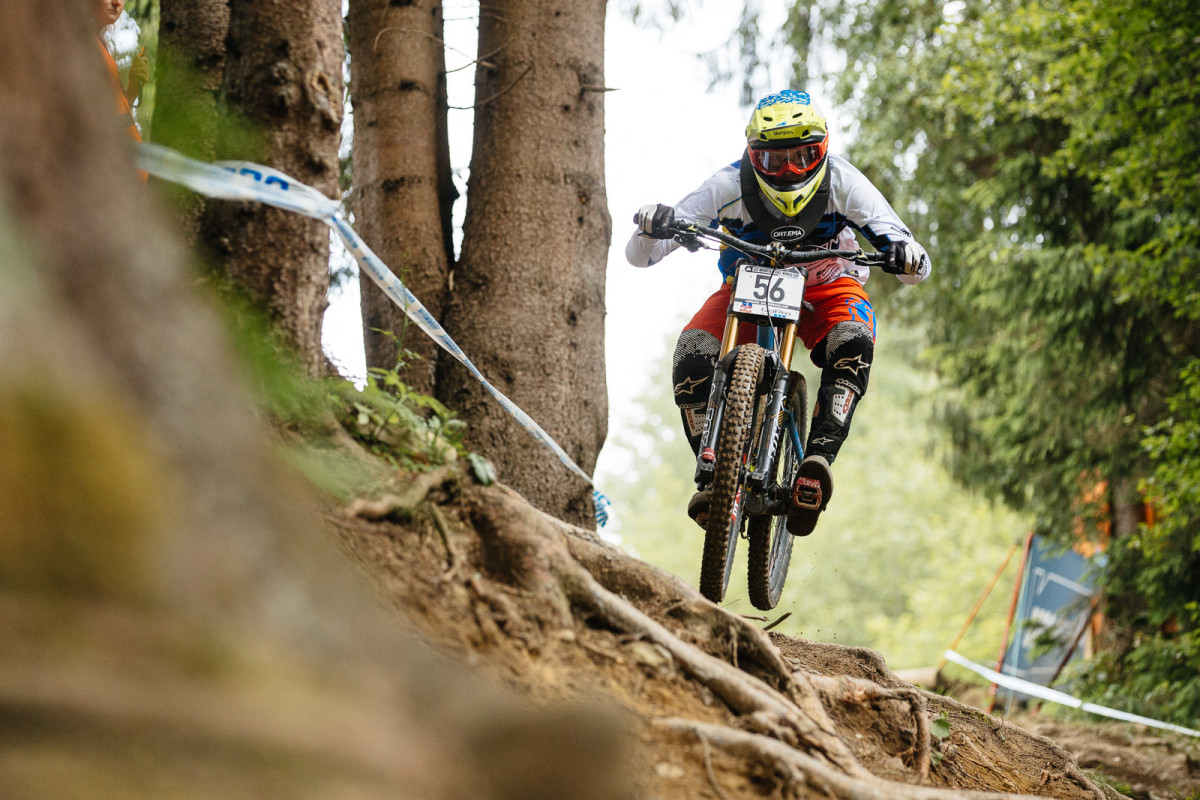 At an age of 11 years, loving everything that had to do with sports, I started riding mountain bike downhill. When 13 years old, I was competing my first race. My first sponsorship and riding license I got aged 14. Two years later, I finally was old enough to be hooked up by the National Team and got one of their best riders.

Since 2008, I belong to the top 80 riders of the world and made my way up the international ladder until the top 40 in 2012. After finally finishing my studies as an Engineer in 2013, I am now a professional.

For me, extreme sports, even as competitive sports are all about having fun. I absolutely enjoy being able to push the limits and want to be in the people’s minds as one of the best German mountain bike riders.

Of course I could say ‘World Champ’, but that would not be realistic. I am training hard to improve my international riding. Being Top 20 of the world is more than I could ask for. 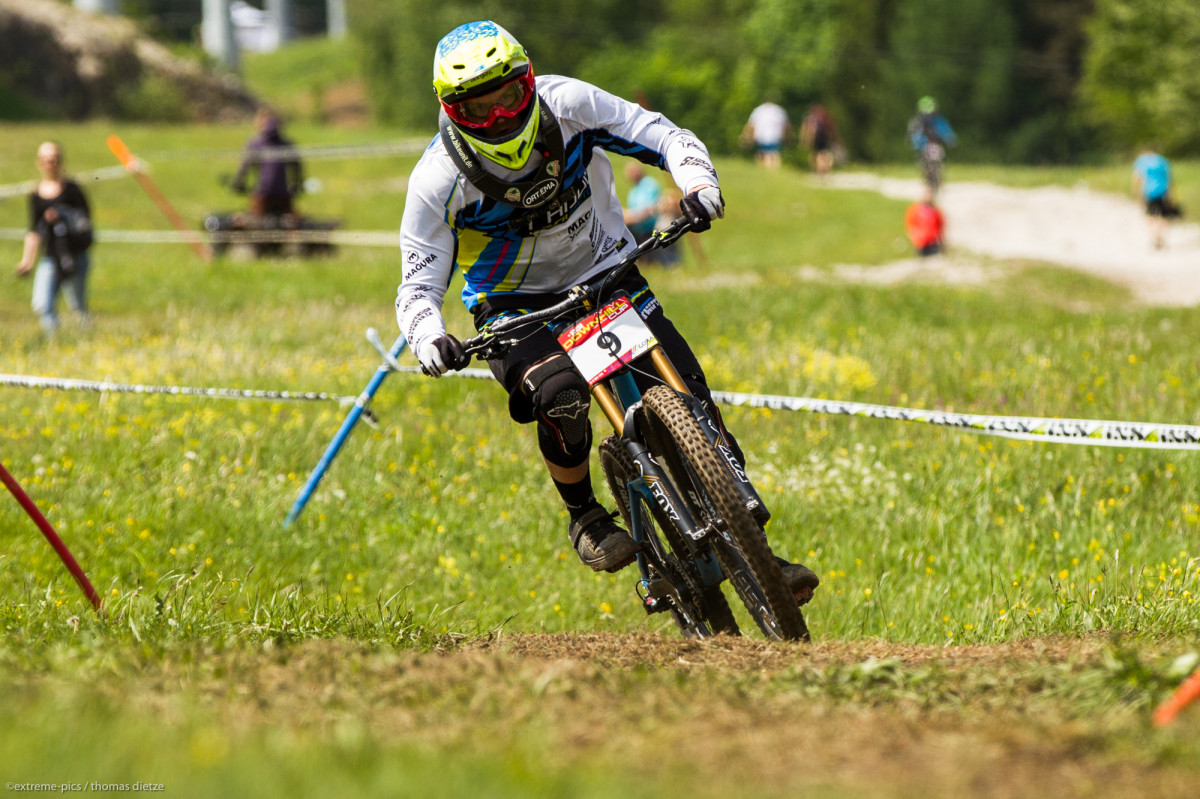 On the one hand, downhill got that professional over the years that you are not able any more to do anything else besides to perform well on the races. On the other hand, due to missing media coverage there is not enough money yet to really being able to live from it. 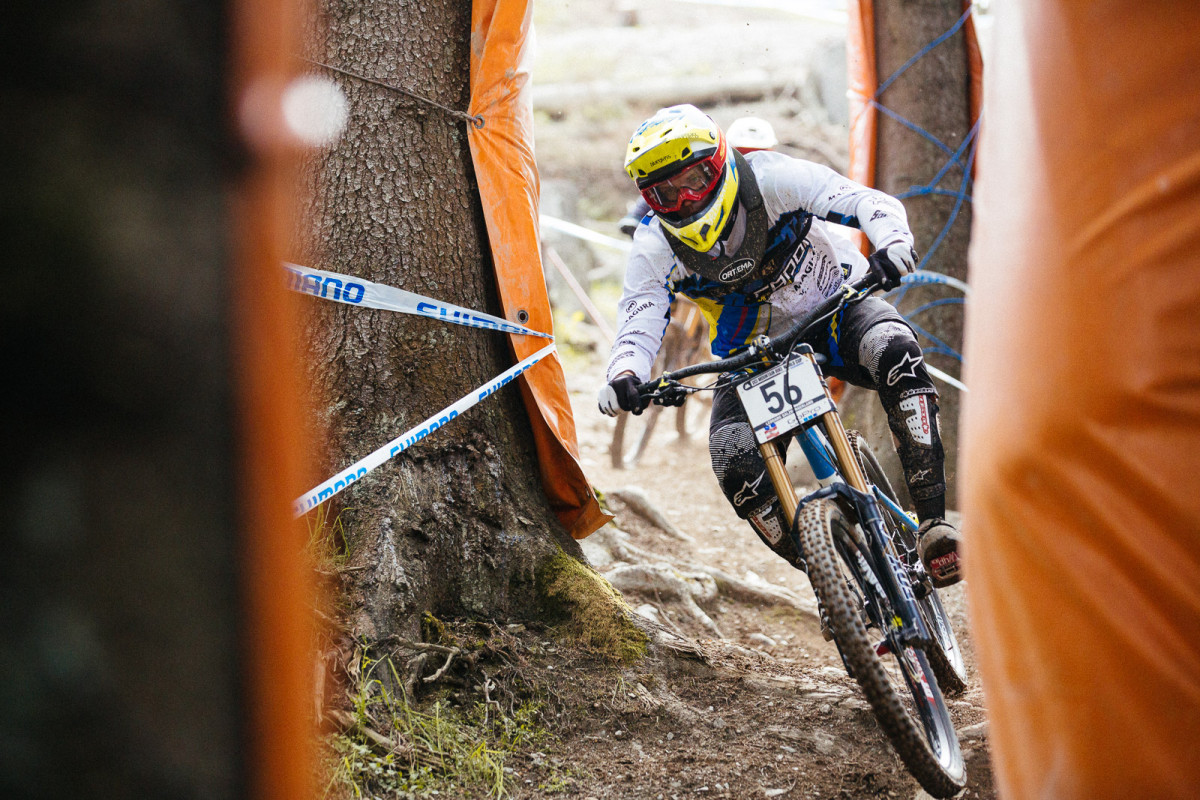 Downhill is not only riding bikes. You have to be a good all-rounder and that is what I like most. You need power as well as endurance and technical skills, but you also have to understand how your material is working. It is a very intense combination of body and brain usage and never gets boring. 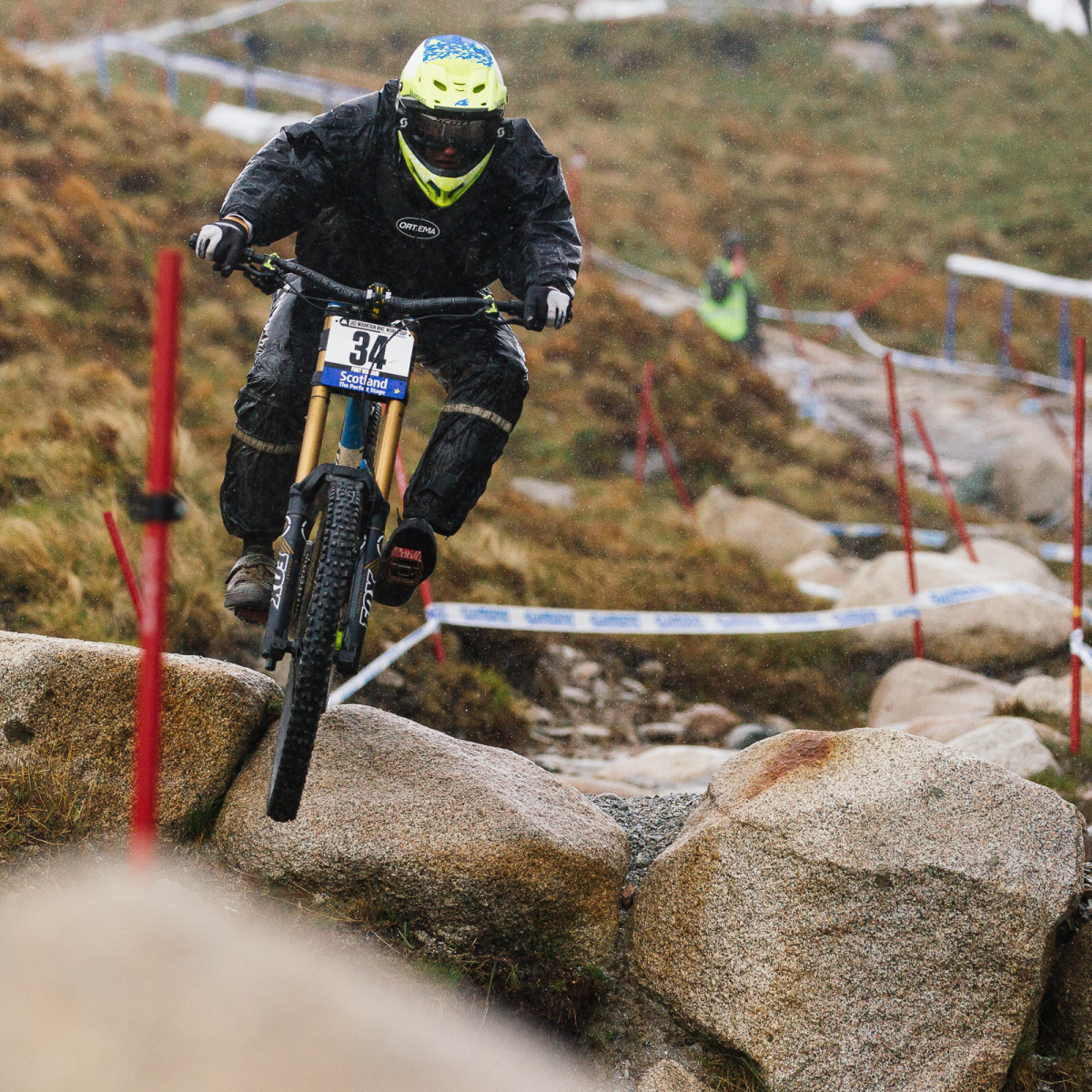 Fortunately, I am living close to the Alps and I can do all of my training at home. But it is not only downhill riding of course. For me the variety is quite important, so I also include as many other sports as possible into my workouts. 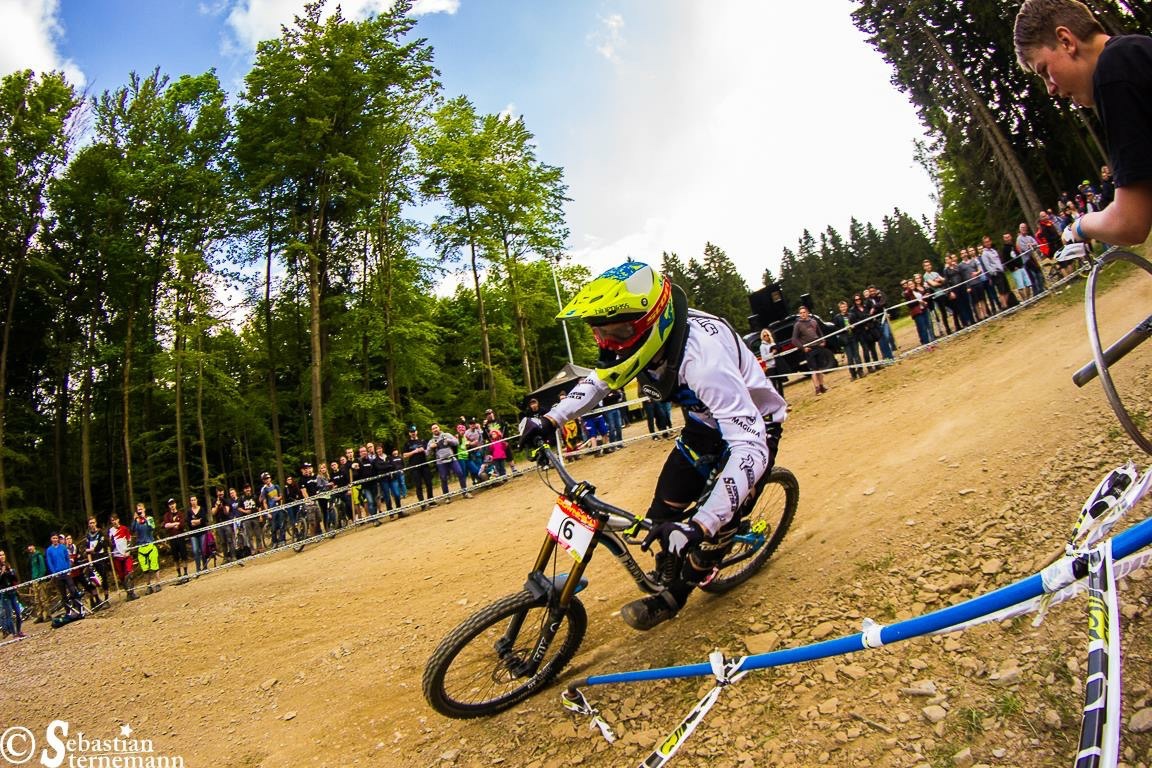 Endurance, sprint and strength training probably are the main parts during off-season. But as mentioned, also climbing, motocross, snowboarding, swimming … are regular parts of the game.

The key for us is, that we only have one run of about four minutes that counts. So you have to deliver 100% on point and there are so many things that can go wrong. For me that is the most exciting part. 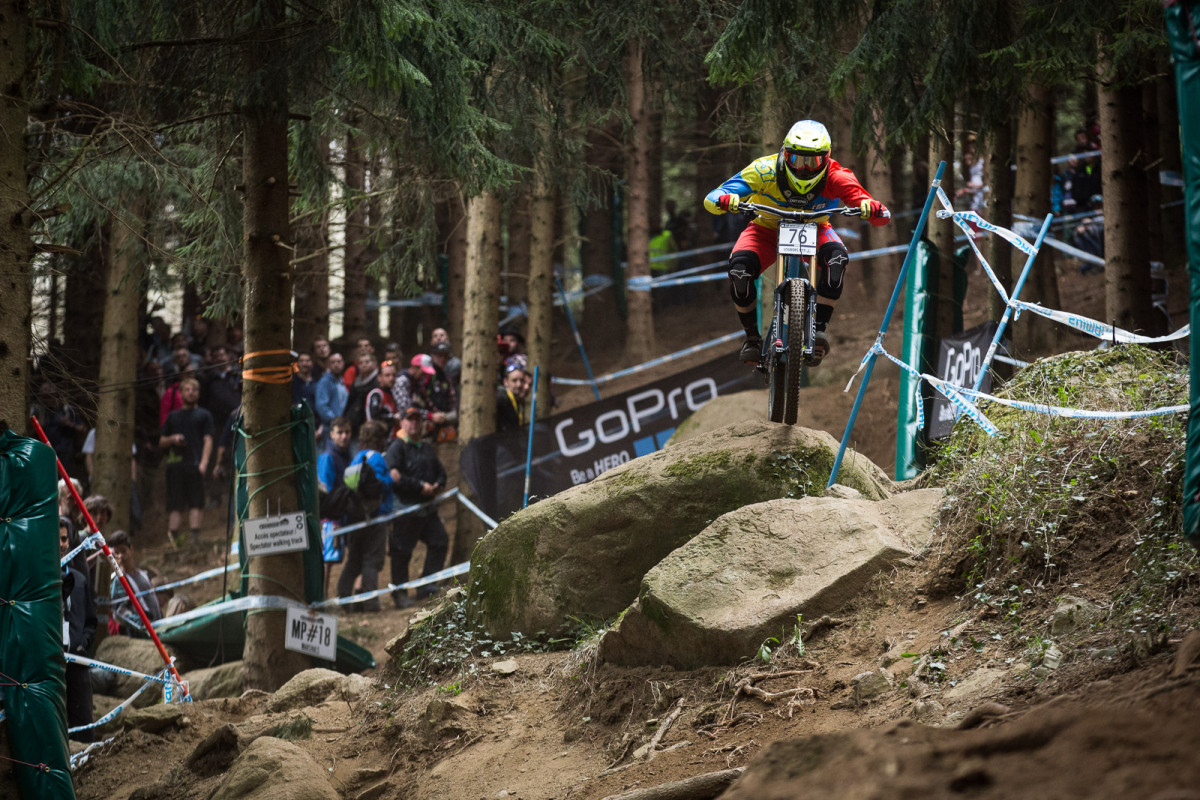 As the scene still is quite familiar, I would say that our biggest fans are our own family and friends. They also put so much effort into the sports and are absolutely enthusiastic about it so there hardly can be someone else to top that

As a kid, I was not allowed to participate in races because of my young age. I was told to cheat on my birth to be able to ride the different racetracks. And as we are missing some real mountains in Germany, my parents drove with me abroad, where I was able to learn everything it really needed. 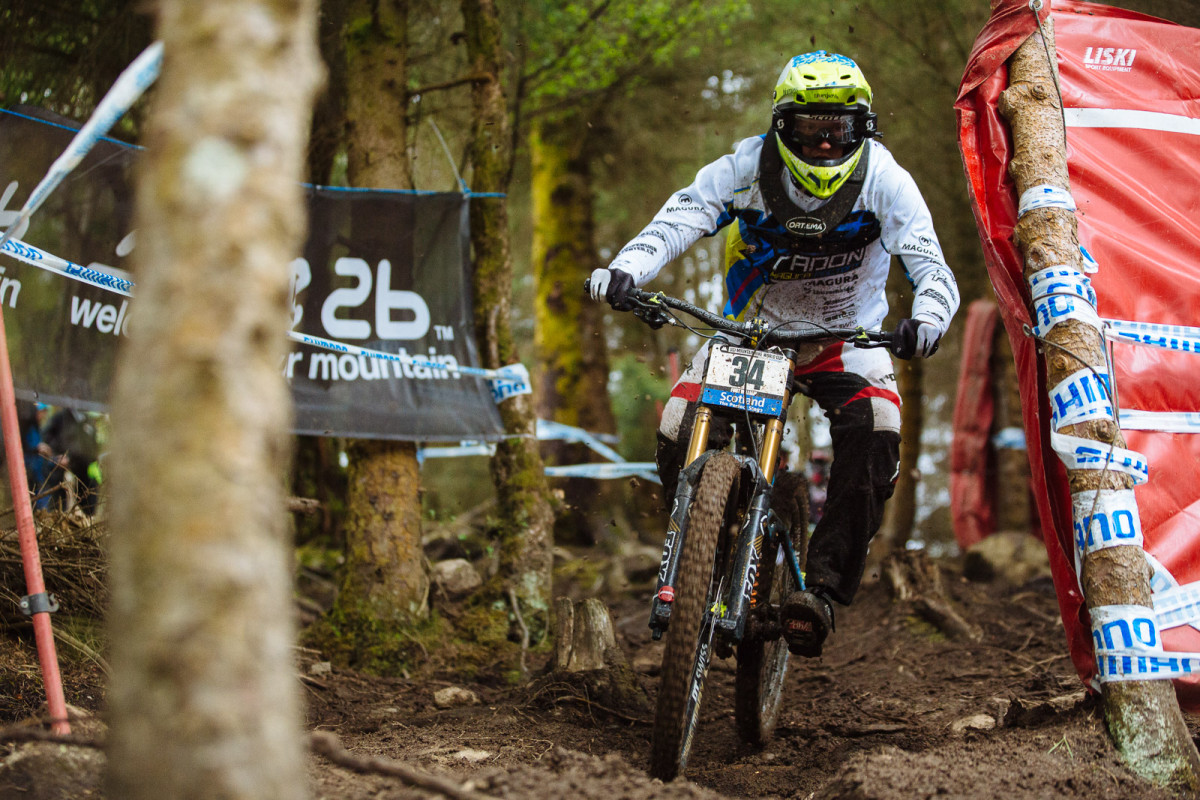 As you are not able to perform on that high level until pension and, as mentioned, there is not enough money into the sport, we always have to deal with career backup plans. Nevertheless, I will be racing as long as it makes sense for me, pushing it to the next level.

Try to be as young as possible and have fun riding proper tracks at all the different spots around the globe. Just enjoy what you are doing and if you are really talented, ask someone for advice, who has already been into the scene for a long time. You won’t get all that on your own! 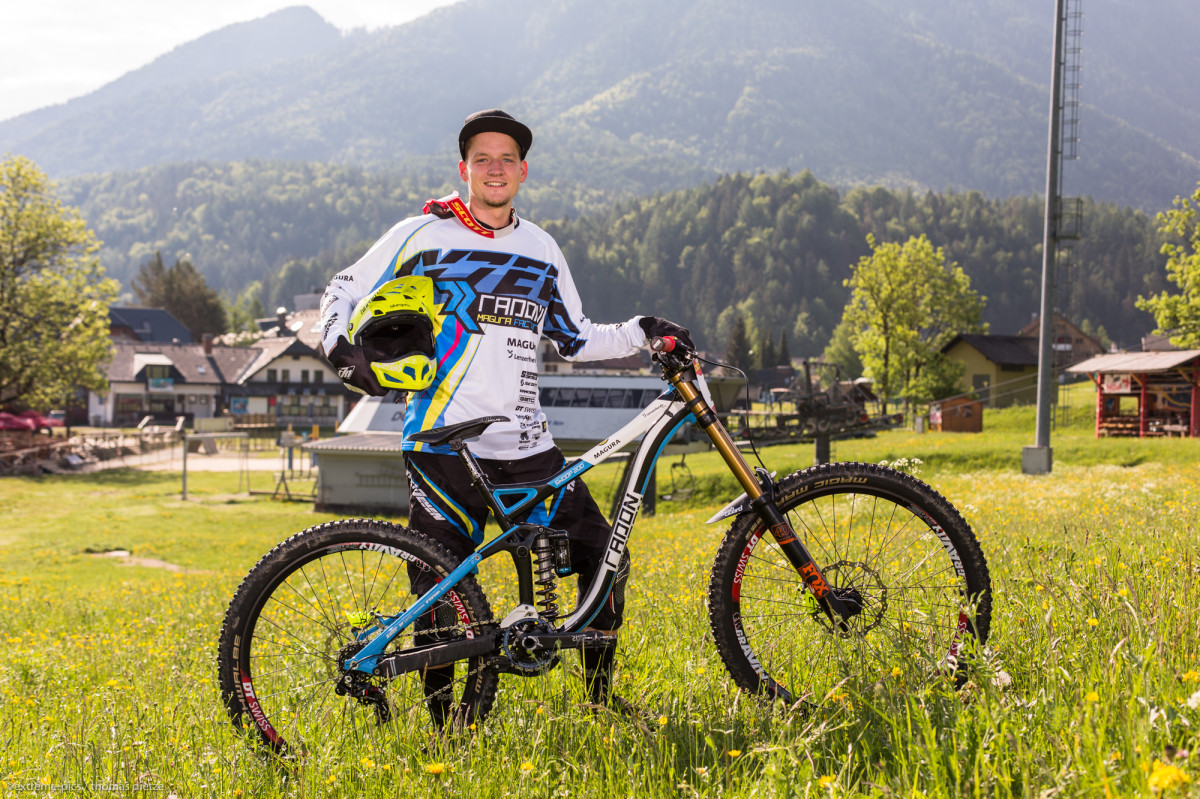