I grew up in PA and didn’t start climbing until college. Once I started, my life took another direction completely, I climbed as much as I could, and moved to Colorado in 95 so that I could be closer to the mountains.

While rock climbing in 2002, through a series of miscommunications with my partner, I fell 100 feet and hit the ground standing. For perspective, that is the equivalent of a ten-story office building. Although I survived, I sustained compound fractures of both ankles, a fractured neck, a burst fracture in my spine, and a rare nerve disorder brought on by the trauma. The road to recovery was long. After multiple surgeries, including a spinal fusion, I decided to amputate my right leg in hopes of returning to climbing and regaining my life.

I returned to climbing, three months after the amputation surgery and began the long process of rebuilding my body and mind.

Right now I’m trying to climb routes at the top end of my ability. Having recently come back from the World Championships, I feel fit and good pushing my personal limits. 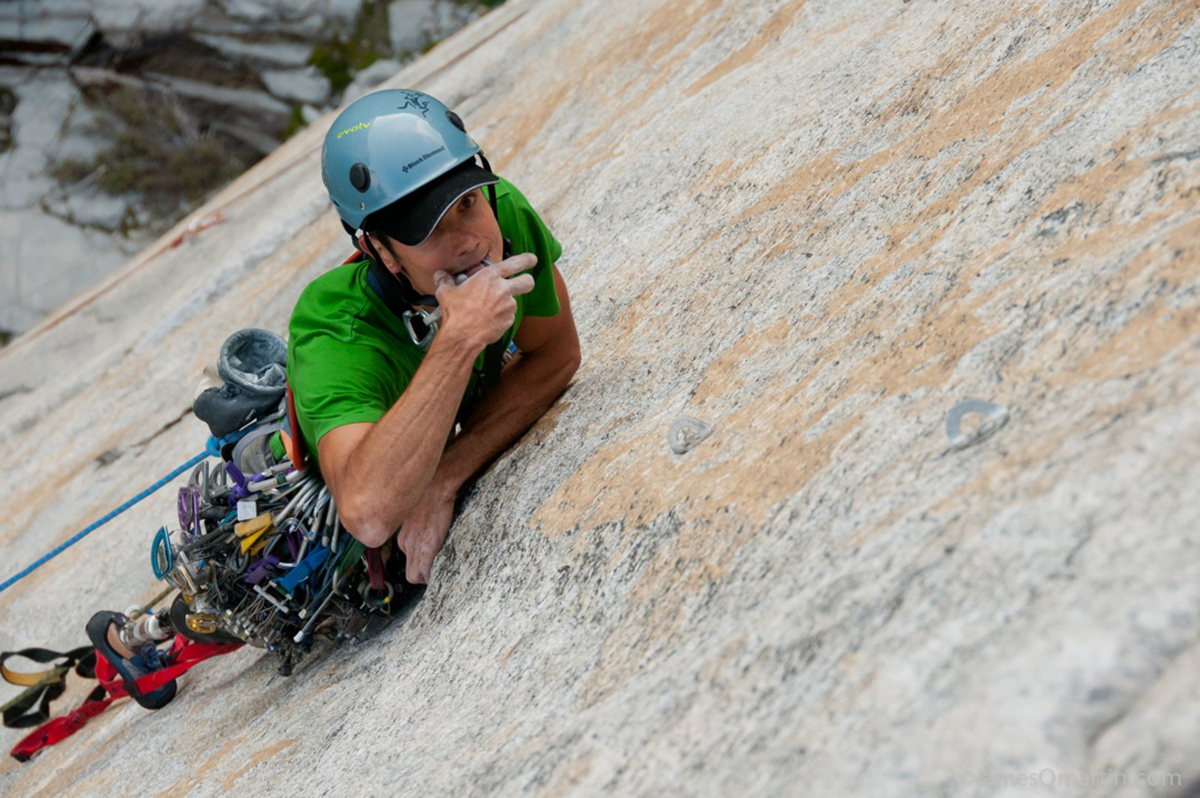 I guess the things I’ve done in Yosemite stand out for me, those routes are some of the best I have done anywhere. Also, staying married to the same great lady for 18 years is pretty badass too.

Climbing is a full body sport, we have to use every part of ourselves to get up some of these routes. Factor in the limits my body has after the accident and you end up having a pretty full cup. That being said, I wouldn’t change it for the world! 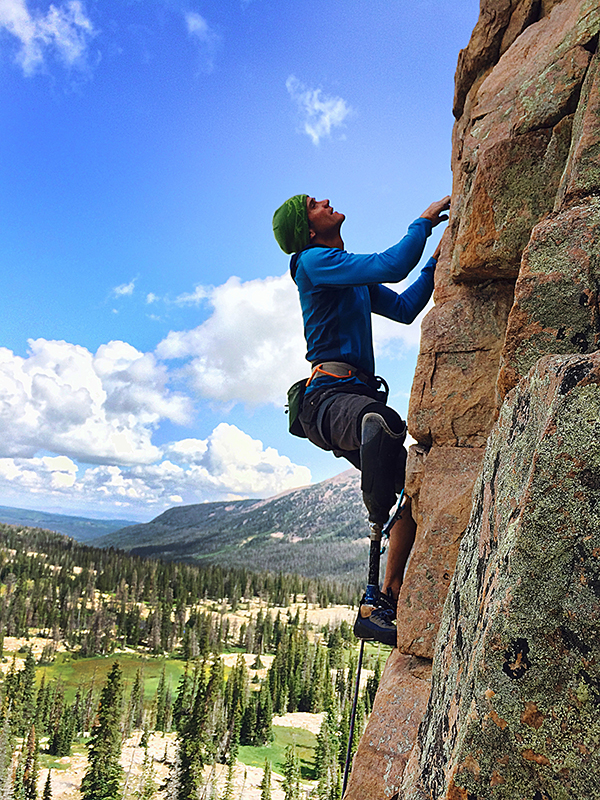 Just being out with my wife or friends, enjoying the places we get to see is pretty amazing and I never get tired of it.

Training for me is done in a climbing gym and on a mountain bike to compliment the climbing I do. I also do yoga for some flexibility, but mostly I train to climb by climbing.

I train a mix of power and endurance. With out each other, the climbs can never happen, but when I can get the two working together perfectly, that’s when good things happen.

The World Championship stage is huge, we climb in large arenas full of people and it can be really nerve racking. I’m not used to climbing in front of crowds so it always takes me a bit to get used to it again. 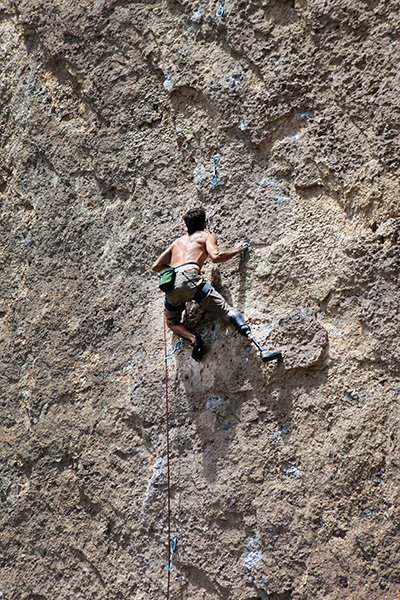 My wife, no doubt. She has been with me through the really deep valleys and the high mountain tops as well. Always supportive and always my best friend.

“Don’t take any of this too seriously. It’s supposed to be fun.” That was told to me by an old climber when I was young, and it really makes sense. 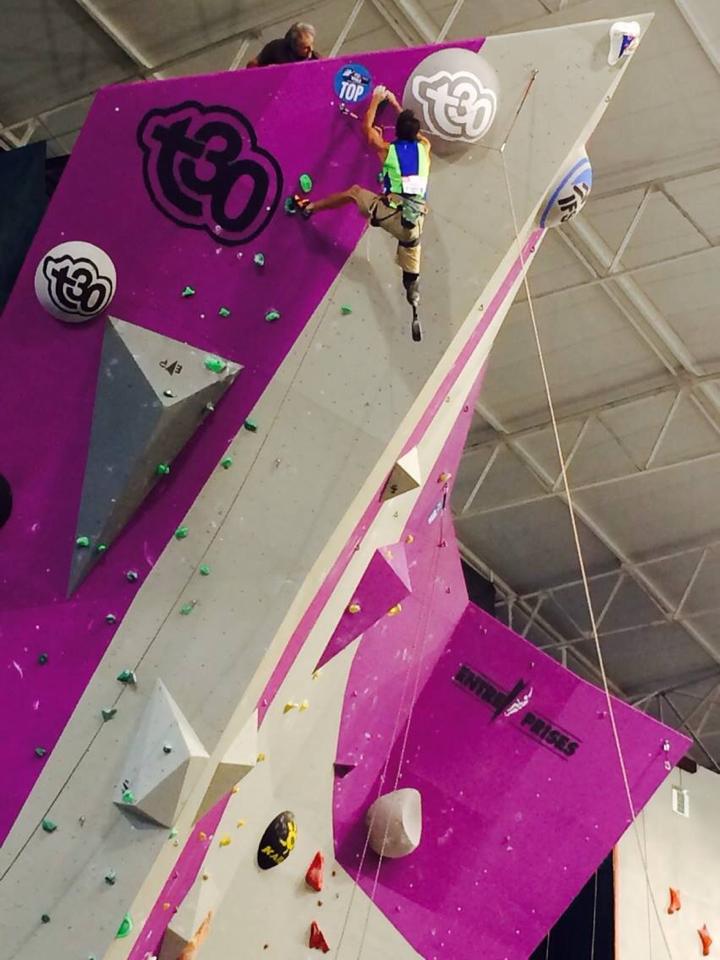 I want to return to Yosemite in the spring or fall and get back on El Capitan again. I love being there, and missed last season. I’m also heading to Croatia with my wife and kids to put up some new routes and work with some amputee kids.

“Don’t take any of this too serious, it should be fun.” That being said, try hard, push yourself, and learn everything you can on safety. 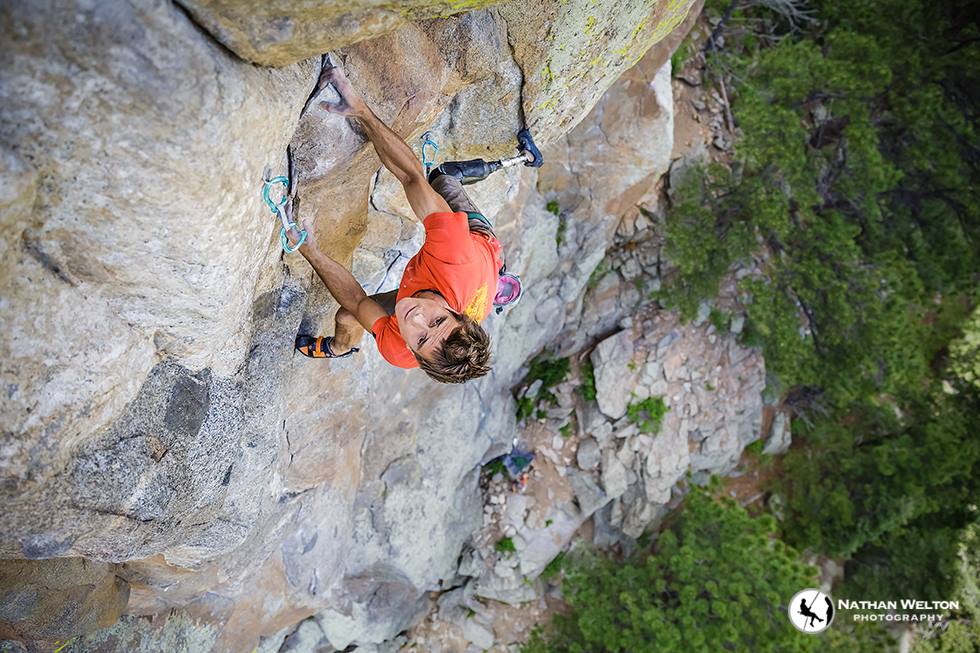