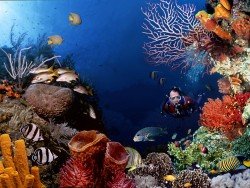 Arraial do Cabo is a small town in the state of Rio de Janeiro. It is in the northeastern side of the city of Rio, in a distance of approximately 180 km/112 mi. Rio de Janeiro, commonly known as Rio, is the capital city of the Rio de Janeiro State, the second largest city of Brazil and the third largest metropolitan area in South America. Since July 2012, part of the city has been designated by UNESCO as a World Heritage Site in the category of ''cultural landscape''.